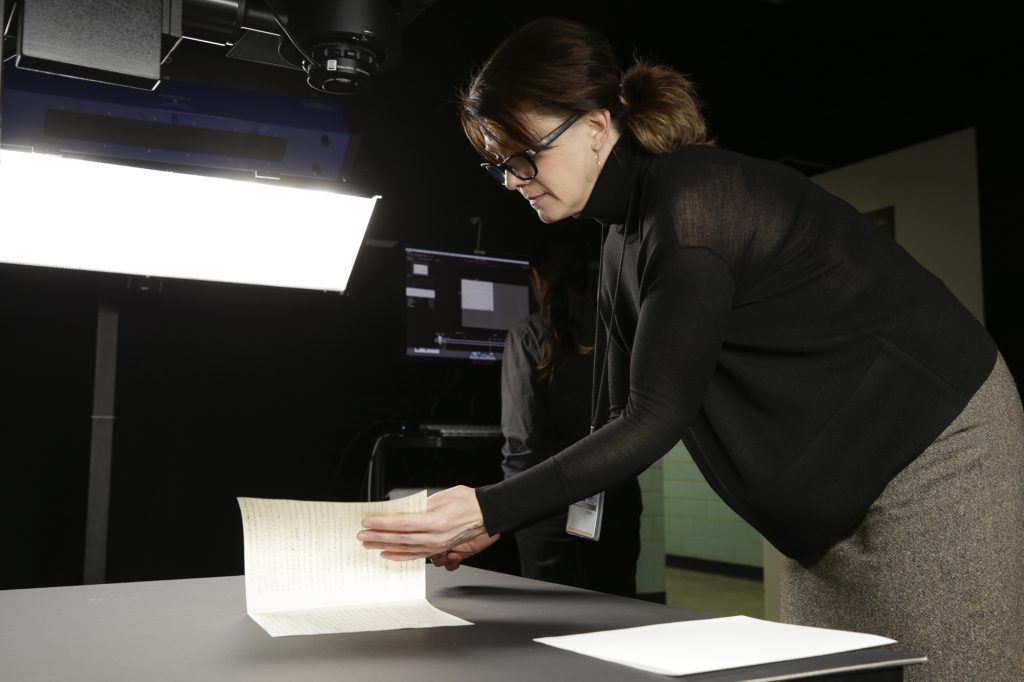 Shelly Smith, head of the Library’s Book Conservation Section, prepares a page of James Madison’s notes on the 1787 Constitutional Convention for scanning. Photo by Shawn Miller.

When the Constitutional Convention met in Philadelphia in 1787, James Madison, then a delegate from Virginia, later fourth president of the United States, took it upon himself to take notes. Later, as documented in the introduction to “Records of the Federal Convention,” Madison remembered how he “chose a seat in front of the presiding member, with the other members, on my right and left hand. In this favorable position for hearing all that passed I noted in terms legible and in abbreviations and marks intelligible to myself what was read from the Chair or spoken by the members; and losing not a moment unnecessarily between the adjournment and reassembling of the Convention I was enabled to write out my daily notes during the session or within a few finishing days after its close.”

Those notes—more than 600 pages in Madison’s tiny, neat handwriting—are in the James Madison Papers in the Manuscript Division at the Library of Congress. The Library has long made them available to scholars and the public, first on microfilm, and then online. Now, for the first time, the Library is making available online high-resolution color images of the notes that reflect modern standards for publication.

To see a published edition of the notes, consult “Records of the Federal Convention,” cited above, which was edited by Max Farrand and published in 1911. Part of the Library of Congress Law Library’s “Century of Lawmaking” website, “Records” includes Madison’s notes.