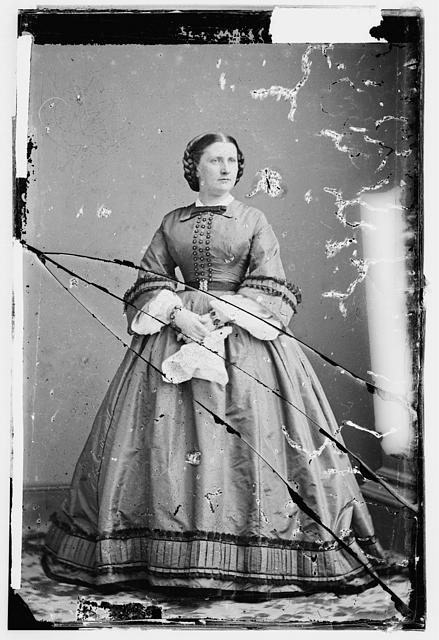 “There is no wish nearer my heart than that you should become an amiable & intelligent woman,” Senator James Buchanan of Pennsylvania wrote to his niece and ward, Harriet Lane, on February 16, 1842. “You can render yourself very dear to me by your conduct.”

Buchanan’s words to Harriet took on added significance as the bachelor Buchanan rose in Democratic political and diplomatic circles, and Harriet shouldered the responsibility of serving as her uncle’s official hostess when he became president of the United States in 1857. Buchanan wrote to his niece frequently when the two were apart, and more than 100 of his letters to Harriet are included in the James Buchanan and Harriet Lane Johnston Papers at the Library of Congress, which are now available online. (Transcriptions of many of these letters can be found in “The Works of James Buchanan.”)

Buchanan’s letters to Harriet show him to be an affectionate uncle, but one with a steady stream of advice intended to rein in her natural exuberance and encourage good conduct. He advised her during a visit to Washington, D.C. in 1851, (January 17) to “keep your eyes about you in the gay scenes through which you are destined to pass; & take care to do nothing & say nothing of which you may have cause to repent.” Later that same year (November 4) he reminded her to “be prudent & discreet among strangers,” and to not squander the “favorable impression” she had made. He counseled Harriet to conduct herself in such a way when visiting that her hosts would not be “twice glad, once on your arrival & still more so on your departure” (July 3, 1846). While Buchanan’s warnings could have applied to any young woman moving in polite society, his political aspirations and her role in his official life no doubt increased his concern that her behavior should be above reproach. Harriet seems to have at least tolerated his guidance, writing “I am always happier, and better satisfied with myself, when my actions are fully sanctioned by your wishes” (February 6, 1853). 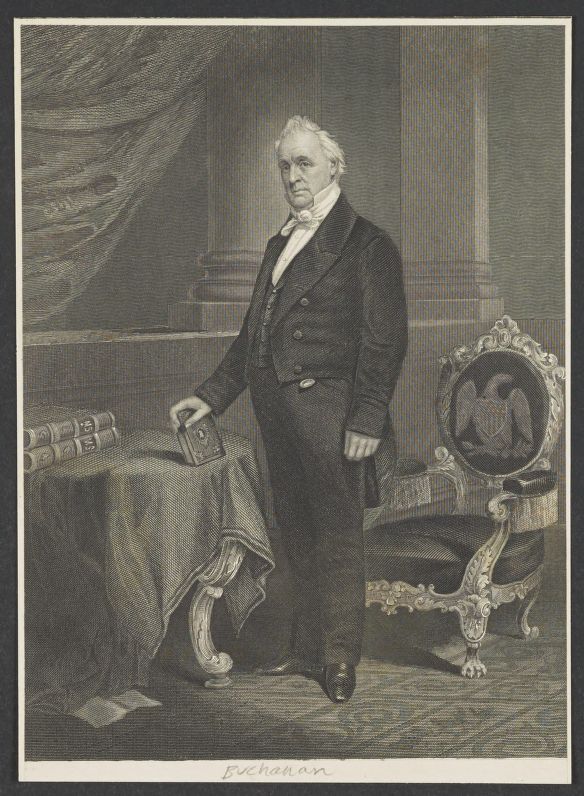 When Harriet failed to live up to his standards, he offered gentle, and sometimes not so gentle, correctives. He critiqued her letter-writing skills as to her spelling (July 3, 1846) and the style in which she wrote (March 15, 1853). He celebrated her good fortune at receiving eight Christmas presents, and then inquired how many presents she had given to others (January 11, 1856).

When Harriet’s only sister, Mary Lane Baker, died in 1855, Buchanan rebuked Harriet severely for her excessive display of grief. While Buchanan understood “the first natural overflowings of sorrow” (December 21, 1855), he disapproved of Harriet’s prolonged mourning, remarking that her grief “exceeds all reasonable limits; & I am truly sorry that you have not more self command” (January 4, 1856).

Buchanan displayed his own lack of self-control with regard to her letters, however, and repeatedly apologized for “accidentally” opening her mail. On April 7, 1851, he forwarded a letter “inadvertently opened by me; but the moment I saw it was addressed to ‘my dear Harriette’, it was closed. It may contain love or treason for aught I know.”

Buchanan sometimes justified opening her letters to read news from Washington or other important subjects, but his biographer Philip Klein suggests that Buchanan’s nosy tendencies reached such heights during his presidency that Harriet had to find creative means to send private letters unopened from the White House to a friend in Philadelphia. 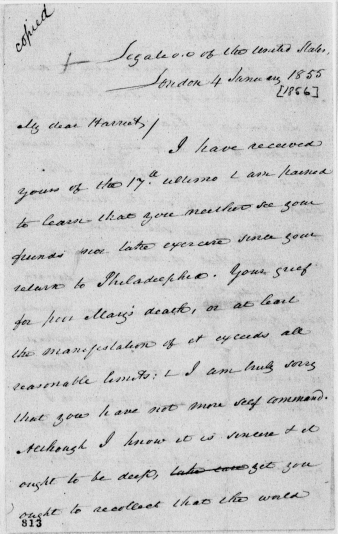 James Buchanan to Harriet Lane, January 4, 1856, regarding her excessive grief.

Correctives and opened mail notwithstanding, James Buchanan displayed genuine affection for Harriet and concern for her future. Buchanan encouraged Harriet to marry a man with good morals and financial security, but with whom she was also emotionally compatible. “The first wish of my heart is to see you comfortably & respectably settled in life,” he wrote her on February 21, 1854. “[B]ut as ardently as I desire this, you ought never to marry any person for whom you think you would not have a proper degree of affection.”

Although their correspondence became less frequent after his political career ended and she moved to Baltimore with her husband, Buchanan assured his niece (July 18, 1866) that “my house is ever open to you & you shall always receive a cordial welcome.”

Harriet Lane Johnston returned to live at Buchanan’s Wheatland estate after his death in 1868, and tried to safeguard her uncle’s legacy until her own death in 1903.