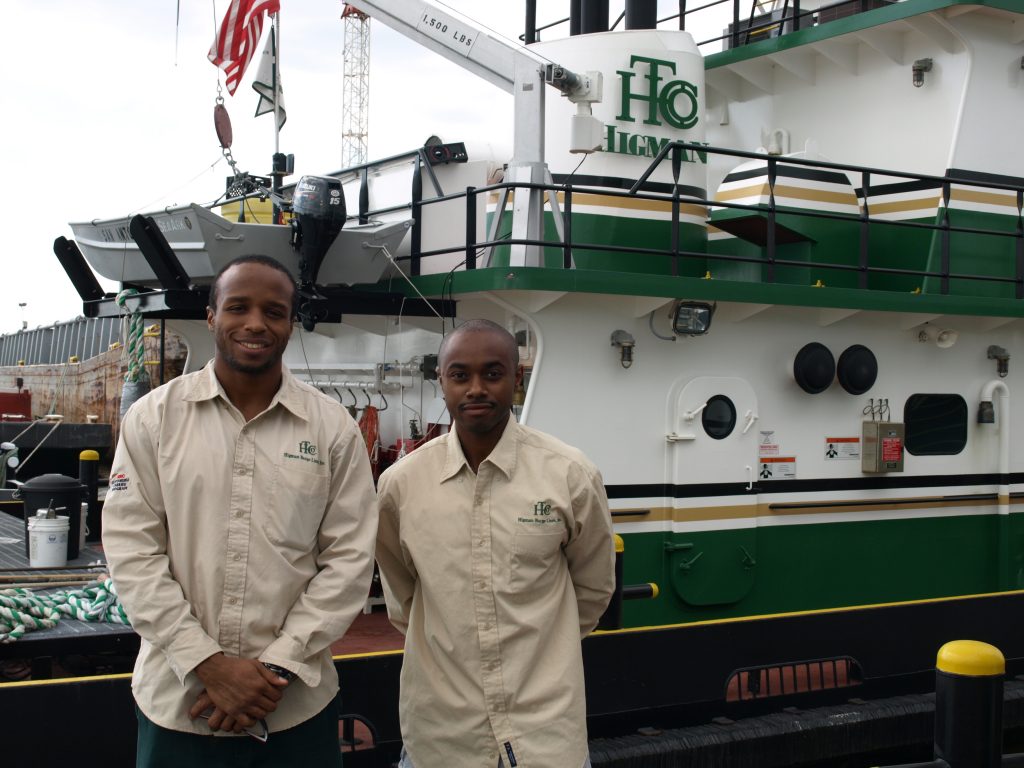 This is a guest post by Mark Hartsell, editor of the Library of Congress Gazette.

Steersmen Randall Spann (left) and Sean McDonald on the deck of the merchant ship Orange.

The culture of working is a big part of what makes America America—men and women on the job, growing our food, teaching our children, burying our loved ones, building our homes, doing the things that make our society possible.

“These are the voices of Americans that we don’t generally hear,” said Nancy Groce, the AFC specialist who directs the project. “Even though they’re not on the public stage, they’re hugely important in forming our society and maintaining our society. Unless we’re very careful, those stories get lost.”

Most of the interviews are the product of the AFC’s Archie Green Fellowships, established in 2010 in the wake of the Great Recession to stimulate research projects about contemporary work culture. Fieldworkers conduct interviews within a particular segment of working America—say, New York cabbies—and upload them to the AFC archive. To date, they have recorded more than 700 audio and video interviews.

The Library placed the first installment of the Occupational Folklife Project—focused on the Port of Houston—online this week and expects to add a new collection every other month.

The Port of Houston is one of the world’s biggest and busiest ports, a 25-mile-long complex of public and private facilities off the Gulf of Mexico. 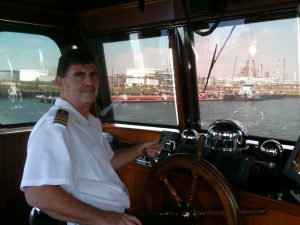 Interviewee Captain Doug Mims in the wheelhouse of the Sam Houston.

Over more than 50 interviews, longshoremen, boatmen, linemen, pilots, engineers, chaplains and labor officials talk about what they do there—the skills their jobs require, the camaraderie, pleasures, drudgeries, dangers and physical demands.

Benny Holland first went to the waterfront as a longshoreman in 1960, at age 18. A football and baseball player, Holland was fit, athletic, confident—and completely unprepared for the tough work of unloading cargo in a ship’s hold in 130-degree temperatures.

But there was much to like, too: good wages and benefits, pensions, variety in the work, community and camaraderie.

“We had the biggest bunch of misfits that ever gathered under one roof,” longshoreman Harold Shaffer said. “Everybody had a different personality, everybody had different beliefs, everybody had different religions, so on and so forth. We had drunks, and we had those that was preaching. Yet when we went down there and got on that ship, we come together and gave them as good a workforce as they could have possibly ever trained.”

As times and technology change, the jobs and workforce do, too.

Before goods were shipped in large containers, a vessel might stay in port 10 to 12 days, with crews working day and night unloading, said Clyde Fitzgerald, president of the International Longshoreman’s Association. Today, a big container ship may be emptied in 12 to 24 hours. 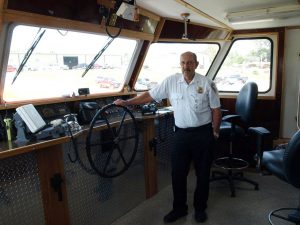 Interviewee George Larrimer in the wheelhouse of the Farnsworth.

“We lost many jobs,” Fitzgerald said. “But the good thing—if there’s a good side to it—is now all the jobs we do have are all skilled: crane operators, machine operators. We’re able to, obviously, enjoy better wages and benefits because of containorization.”

Increased automation is bringing similar changes today. Some ports, Fitzgerald said, now are fully automated and might require only a handful of people in a tower controlling machines to do work once done by 60 to 70.

That kind of change creates a lot of uncertainty about the future.

A key part of who we are as Americans is being able to talk, like the Port of Houston longshoremen, about our work. A mandate of the American Folklife Center, Groce said, is to record and preserve it.

“There are a lot of bright, dedicated, thoughtful people out there trying very hard to do a good job,” Groce said. “The idea that people don’t care, that they just phone it in, does a disservice to an awful lot of people. It’s not that people don’t have issues or concerns but they’re by and large very proud of what they do.”

She added, “It’s just a great testimonial to Americans reflecting on their work. Not only now, but 100 years from now it will be a wonderful archival resource that enables researchers, writers, and members of the public to hear the voices of working Americans at the dawn of the 21st century.”