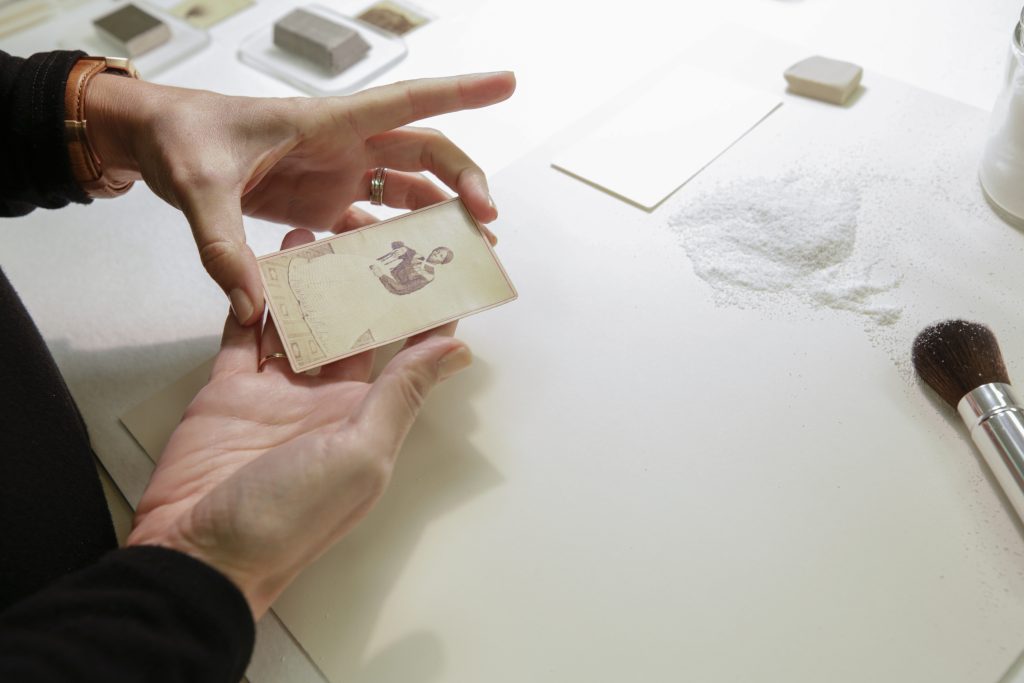 This post draws on the article “Building Black History: A New View of Tubman,” published in the January–February issue of LCM, the Library of Congress Magazine. The issue is available in its entirety online.

Alisha Chipman of the Library’s Conservation Division prepares to treat a newly discovered photograph of abolitionist Harriet Tubman, one of 44 portraits inside a photo album jointly acquired by the Library of Congress and the Smithsonian’s National Museum of African American History and Culture. Photo by Shawn Miller.

A remarkable photo album brought two major institutions together to restore and preserve an important piece of American history. Today, the album is available for the first time online.

The small, leather-bound album shows the signs of its age: broken in places, barely holding together in others, scuffed but somehow still elegant after a century and a half of use.

If time has taken a toll on the album, the photographs inside—placed there by a school teacher so long ago—are timeless and extraordinary.

Tucked into the album’s last page is a previously unknown photo of one of American history’s great figures: abolitionist Harriet Tubman, in what’s believed to be the earliest photo of her in existence.

Turning back a dozen pages reveals another treasure: the only known photo of John Willis Menard, the first African-American elected to Congress.

The album, and the one-of-a-kind photos it holds, were jointly acquired last year by the Library of Congress and the Smithsonian’s National Museum of African American History and Culture in a most-unusual collaboration between two public institutions. Together, they worked to conserve the album for future generations and make it accessible to the public. 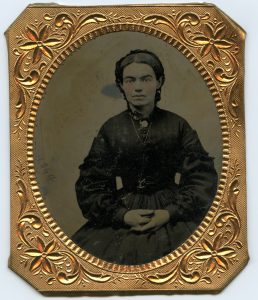 This photograph of Emily Howland was taken in 1864, the year she acquired her photo album. Courtesy Friends Historical Library of Swarthmore College, Pa.

The Library and museum each holds vast collections of material related to African-American history. To those, they have added this album, which once belonged to Emily Howland, a Quaker educator and abolitionist who taught African-Americans during the Civil War era.

“This album spoke to my heart in a way that no other compilation of portraits has in my 40 years of working with historical pictures,” said Helena Zinkham, acting director of Collections and Services at the Library. “Offering new faces for Harriet Tubman and John Menard is important for recognizing that the lives of historical figures are far more complex than a single surviving portrait can reveal. Many community as well as individual stories can also be told from this album—about the lives of African-Americans, women and families in the mid-1800s as well as connections among educators and abolitionists.”

When the Library received the album, the front cover and spine were detached from the book’s main body, the back cover was only tenuously attached and the leather covering was abraded and broken in places—a natural result of a century and a half of use.

The album’s design is part of the problem, said Jennifer Evers of the Library’s Conservation Division. “This is why albums are so problematic—the only thing holding these really heavy pages together is a strip of textile,” Evers said. “It failed in the ways you would expect it to fail with use over time.”

Another complication: The spine showed evidence of poorly executed repairs from long ago. 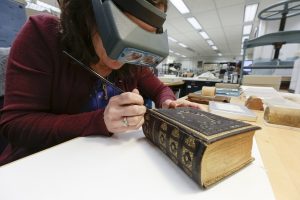 To treat the album, Evers removed those old repairs, cleaned the book’s components and repositioned and strengthened the spine with thin, long-fibered paper made from the bark of a mulberry tree. She also repaired the album cover, rebuilding it with layers of textile and leather meticulously toned or dyed to match the original cover and reattached it to the main body.

The photos themselves were in good shape, some yellowed or faded, some showing small tears and losses.

To treat the images, Alisha Chipman of the Conservation Division consolidated areas of loss and gently cleaned the photo surfaces—careful not to disturb inscriptions or hand-coloring. She repaired tears with thin, long-fibered paper, reattached lifting prints to their mounts and humidified and flattened creases and folds.

Now, this little leather-bound piece of history, given to Emily Howland generations ago and filled with rare images that reveal an era, will be available for scholars and the public for generations to come.

“The most rewarding thing is that, at the end, people are going to be able to experience it as an album,” Chipman said. “Now, everything will be safe and secure, and you can experience the entire album as it was meant to be.”

Watch this video showing the conservation treatment of the album: