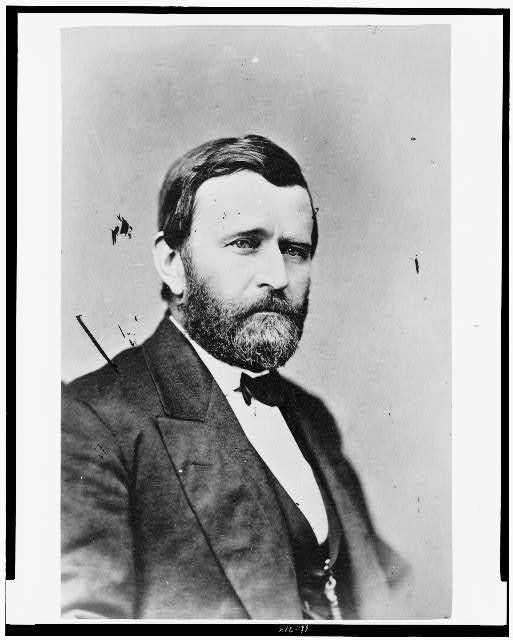 On May 17, 1877, former president Ulysses S. Grant and his wife Julia departed from Philadelphia on an extended trip. Other former presidents traveled after retiring from public office, but none journeyed as far as Grant did. He and Julia spent the next two years traveling around the world meeting members of high society and the general public, while Grant engaged in unofficial diplomacy for the United States and acquired more first-hand knowledge of foreign lands and people than any American of his time.

Materials documenting Grant’s post-presidential travels are represented in the Ulysses S. Grant Papers at the Library of Congress, which are now available online. Other highlights of the collection include the handwritten manuscript draft of Grant’s celebrated memoirs, Civil War headquarters record books, and personal letters he wrote to Julia throughout their life together. While many people know Grant as a Civil War general, 18th president of the United States, and memoirist, few are familiar with Grant’s global adventures.

Traveling with special passports, General and Mrs. Grant arrived in the United Kingdom on May 28, 1877. Grant’s prominence, and the novelty of a former American president traveling abroad, prompted a flood of invitations for his attendance at dinners, receptions and other events in all the countries he visited before returning to the United States in September 1879. The council in Sheffield, England, sent a special resolution inviting Grant to visit when he was touring the area near the start of his travels, and Chulalongkorn, the King of Siam, sought to make Grant’s acquaintance on the final leg of his journey. The Shanghai Bowling Club in Shanghai, China, invited Grant to use its facilities, promising that “the alleys are open at all times.” The Grants maintained an active social and touring schedule during their two years abroad. 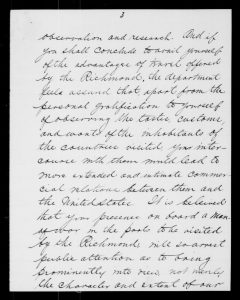 While General Grant technically traveled as a private citizen, as a former president he clearly was considered an unofficial representative of the American government. That impression was sustained by his periodic travel on ships of the United States Navy, and made explicit in an October 23, 1878, letter from Secretary of the Navy Richard W. Thompson encouraging Grant to return to the United States via Asia as the relationships he formed in the East “would lead to more extended and intimate commercial relations between them and the United States.” Grant thus had to exercise greater diplomacy than the average American tourist in accepting (or not) invitations from parties involved in international disputes or making statements that might cause offense to his hosts. In one instance, Grant engaged in actual diplomatic activity in trying to negotiate peace between China and Japan over the Loo Choo (Ryukyu) Islands.

Grant’s contemporaries could read about his experiences in the newspapers, and a scrapbook of newspaper clippings in the Grant Papers allows modern readers to do the same. The New York Herald offered the most thorough coverage of Grant’s odyssey because Herald journalist (and future Librarian of Congress) John Russell Young accompanied the Grants for much of their time abroad and submitted stories for publication in the Herald. In 1879, Young published a narrative of his time with Grant in his book, “Around the World with General Grant.” 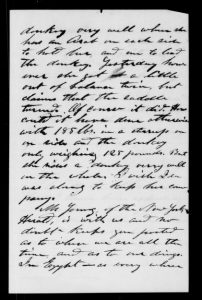 January 25, 1878, letter from Grant to his son Frederick from Egypt.

Grant shared more personal observations in letters written to family and friends. To son Buck, he confided that the reality of the Levant region in the Middle East did not match his imagination. “All the romance given to Oriental splendor in novels and guide books is disipated [sic] by witnessing the real thing,” he lamented. Egypt greatly interested Grant, who wrote to his son Fred in 1878 that “I have seen more in Egypt to interest me than in all my other travels.” Grant then poked a little fun at his wife, noting that “your Ma balances on a donkey very well when she has an Arab on each side to hold her, and one to lead the donkey.” 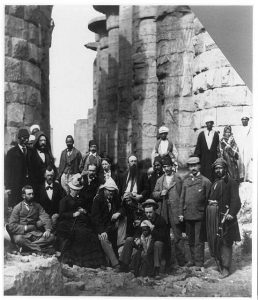 Intrepid traveler Julia Grant accompanied her husband to nearly every location on his itinerary. She devoted five of the twelve chapters of her memoirs (chapters 7–11) to the trip, recalling pleasant memories of the sights enjoyed and the social receptions attended. Like many tourists, she relished shopping opportunities, including those in Turkey, the Netherlands, Russia and India.

In addition to her own purchases, she and her husband received numerous gifts along the way, such as silks, flower vases, lacquered boxes and a bird cage made of tortoise shell in Japan. But after a disappointing purchase of ostrich feathers in Egypt, Julia offered the would-be traveler a bit of advice: “Only buy what you need. You can get everything in New York better and cheaper than you can import it yourself.”

The memories, international good will and friendships the Grants made during their two years abroad, however, were priceless.