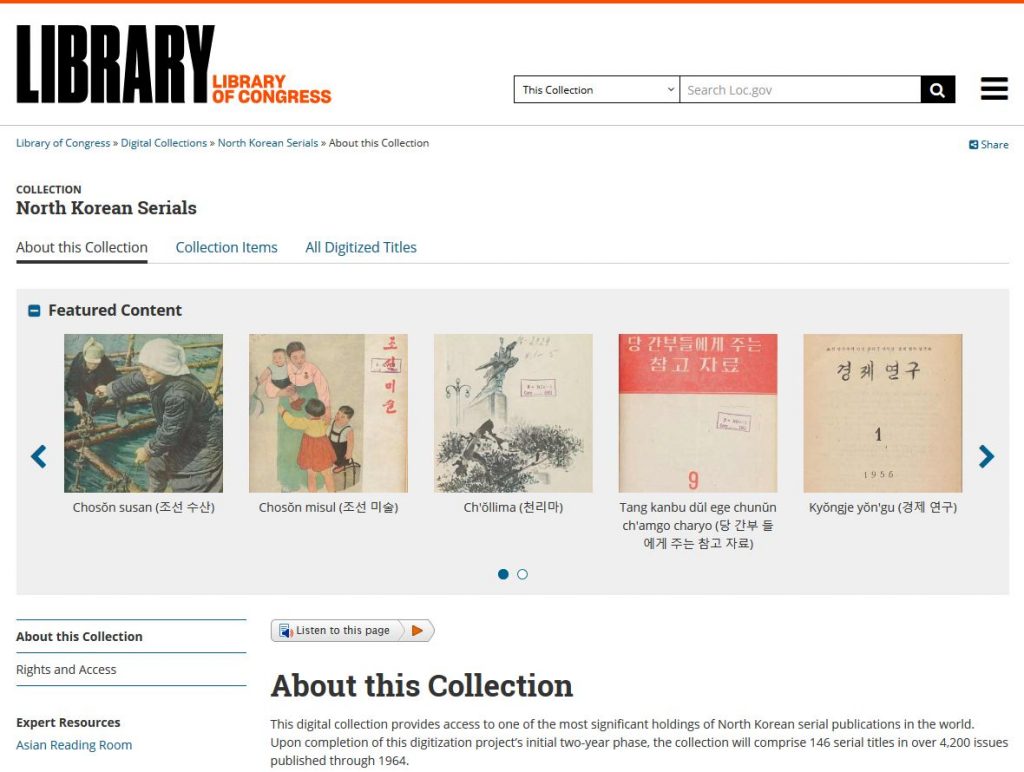 The following is a guest post by Sonya Lee, a reference specialist in the Korean collection of the Asian Division.

How much do you know about North Korea?

With details on everyday life in the isolated country difficult to come by, how can you learn more about the kind of books children read? Fashion, families and film? Home environments? Social ethics? Now, with the launch of the Library’s North Korean Serials digital collection, some of the most sought-after materials in our North Korean collection are online. It’s a slice of the Asian Division’s holdings in what is one of the world’s largest repositories of North Korean publications.

“About this Collection” page for the North Korean Serials digital collection. 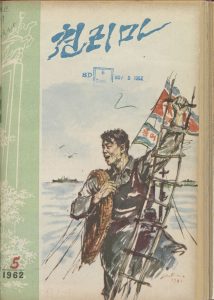 Cover of Ch’ŏllima (the title refers to a mythical winged horse that is an important national symbol in North Korea) May 1, 1962. Asian Division.

Our print holdings in the nation’s periodicals include 300 serial titles that span the entire period from the DPRK’s founding to the present day. In addition to providing a historical glimpse at the everyday lives of North Koreans, the wide-ranging content covers such topics as economics, law, politics, military affairs, history, agriculture and education. The collection’s particularly strong coverage of the DPRK’s early decades is both rare and especially valuable for providing historical context to contemporary North Korean studies. The launch of the digital collection makes these materials accessible to readers and researchers around the world. 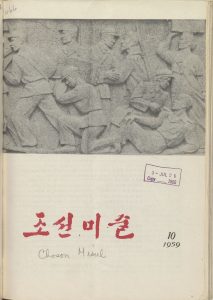 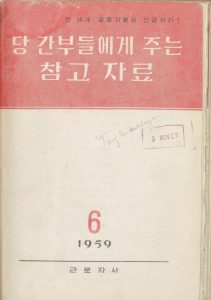 In addition, librarians have developed a unique online research tool, the North Korean Serials Indexing Database (NKSIP). It’s the first indexing resource available in any country to guide researchers in locating articles in North Korean periodicals. The indexed data allows users to search for articles by author, article title, publisher and so on. The NKSIP has indexed 34,000 articles in 21 of the most frequently requested North Korean serial titles, including seven of the eight titles that have been recently digitized. To learn more about this database, whose coverage will expand as it receives updates, take a look at this blog post detailing its launch in 2018.

We also hold numerous monographs from North Korea. We’re closed for now due to COVID-19 but when we reopen, these and all other print resources will be available for use by registered readers in the Asian Reading Room. To learn more, please use the Asian Division’s Ask-a-Librarian.