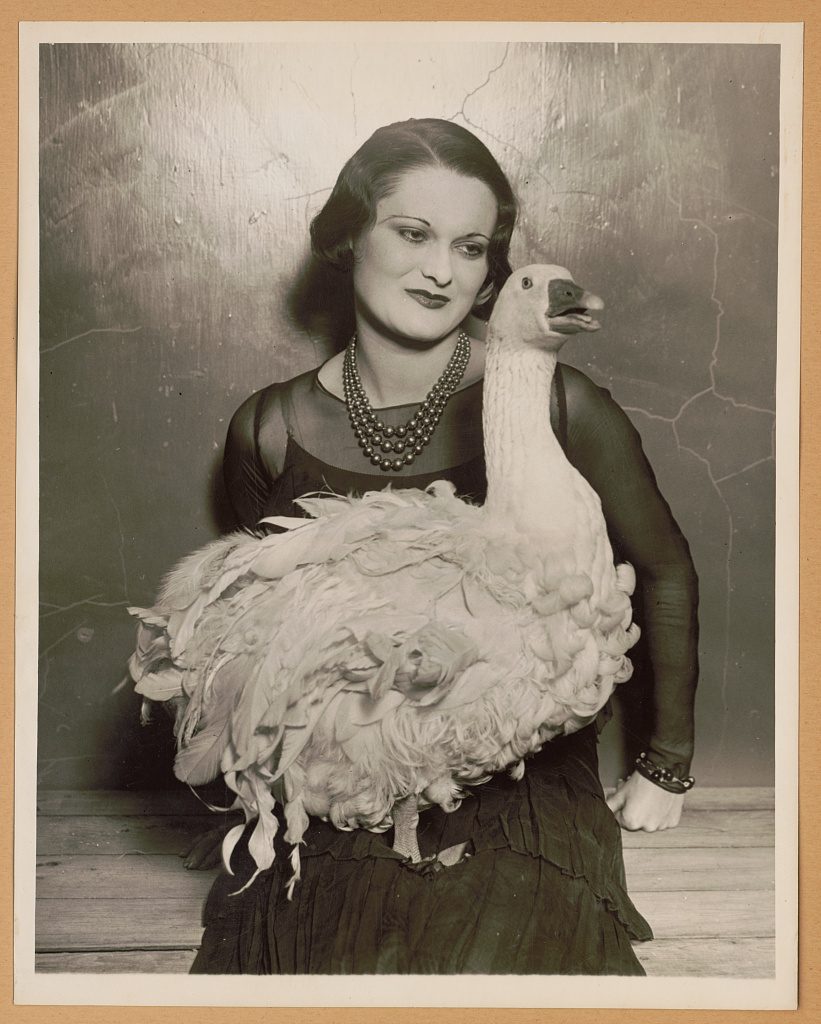 This exotic bird is not an ostrich but a prizewinning “Floradora Goose.” Actress Isla Bevin holds it at the 41st Annual Poultry Show, held in 1930 at Madison Square Garden.

The Annenberg Space for Photography in Los Angeles has created a lively exhibition called “Not an Ostrich: And Other Images from America’s Library.” In support of the show, more than 300 digitized images from the Library are newly available online for everyone to see! An estimated 200 of the pictures are free to use and reuse. The selections come from the Library’s Prints and Photographs Division, home to one of the largest and most diverse photography collections in the United States.

“Each photograph exposes us to just a fraction of the millions of American stories held in the Library of Congress, from the iconic to the absurd,” said Annenberg Foundation chairman of the board, president, and CEO Wallis Annenberg. “Though cameras and technology have changed over the years, this exhibition shows us that nothing captures a moment, a time or a story like a photograph.”

The title of the exhibit, “Not an Ostrich,” reminds us to ask “What are we really looking at?” It also suggests the whimsical quality of many photographs in the show. Other photographs, however, provoke serious reflection on different cultures and social and environmental conditions. 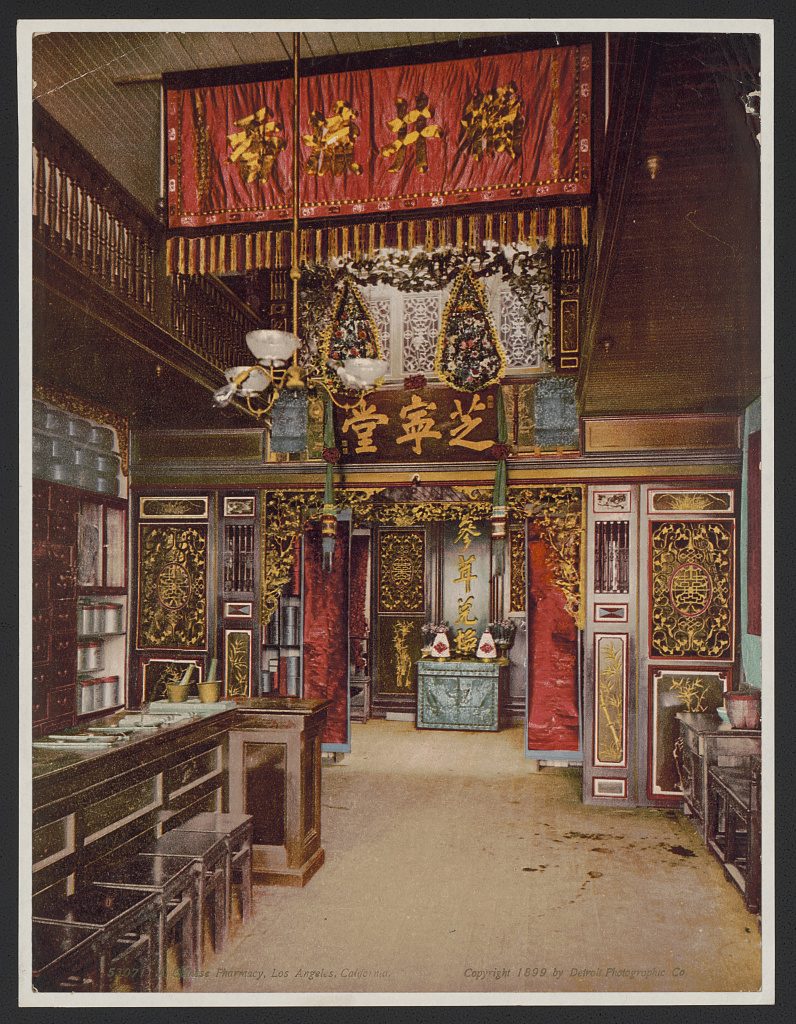 Interior of a Chinese pharmacy in Los Angeles in 1904. Photo by Detroit Photographic Co.

The resulting selections combine such Library icons as “Migrant Mother” and the earliest known photographic portrait made in the United States with new discoveries. More than 1 million pictures were online before this project began. But with 15 million photographs in the collection typically described in groups of related images, the individual pictures can often feel uncataloged and unfindable. Browsing among the files and soliciting staff suggestions revealed many fascinating images to include in the exhibition: It’s always a good idea to Ask A Librarian! 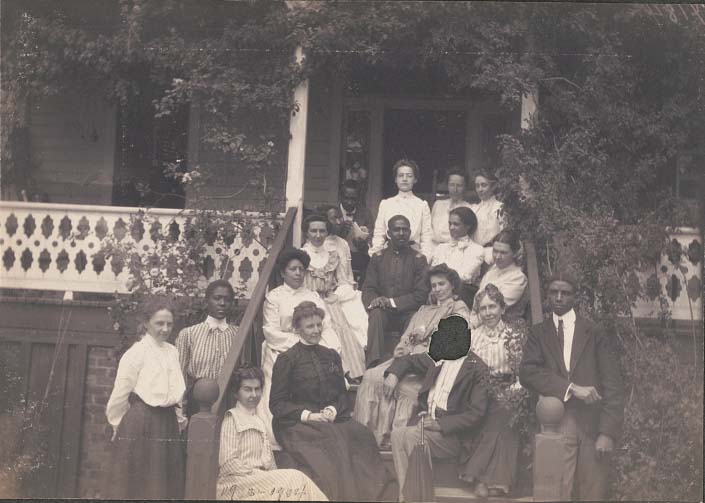 An integrated group poses on a porch, circa 1903–04. Photo by Richard Riley.

The exhibit includes a daguerreotype that dates all the way back to 1839, recently created digital photography and everything in between, thus telling the history of photography in the United States as well as revealing dramatic moments in personal lives. 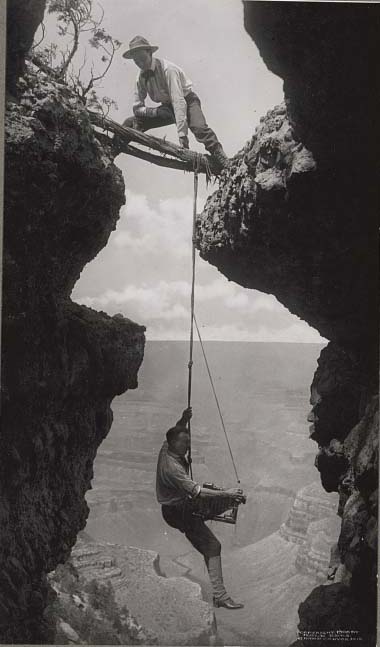 A photographer, probably Emery or Ellsworth Kolb, dangles from a rope in the Grand Canyon in 1908 to take a photo while a man above him straddles a cliff opening to hold the rope. Photo by Kolb Bros.

A documentary movie made by the Annenberg Foundation will also be available. It includes interviews with several photographers, plus behind-the-scene views at the Library. Museumgoers on the West Coast can enjoy the exhibit in person from April 21 to September 9, 2018. Displaying primarily on large screens where the images change, the exhibit offers a chance to experience an eye-catching array of more than 400 pictures. 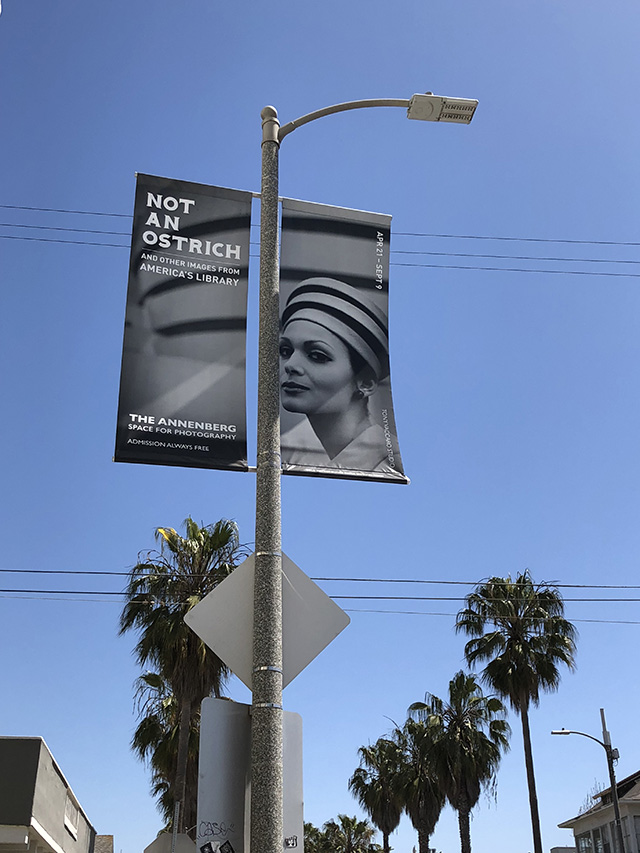 Advertising in Los Angeles for the “Not an Ostrich” exhibition. Photo by Roswell Encina.