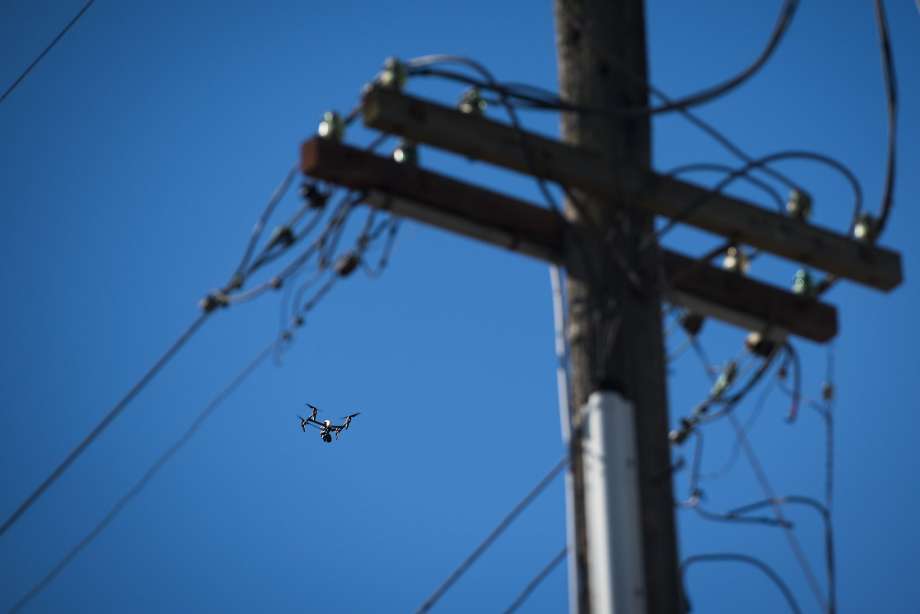 A drone, apparently operated by law enforcement, is seen above the scene of a fire near 31st Avenue and International Boulevard in Oakland in December.

Five San Francisco agencies, including the fire, port and parks departments, could start flying drones under a set of rules that a city committee is expected to approve Friday.

The Committee on Information Technology’s proposed drone policy focuses on privacy rights, spelling out how how any city agency or employee can use a drone even for seemingly benign flights like search-and-rescue missions or pier inspections.

The 15-member committee began studying the issue two years ago after one of the Recreation and Park Department’s nine drones was stolen from a city vehicle after just one test flight.

The crime alerted privacy-rights advocates to the fact that the department even owned a fleet of camera-toting drones to assess trees, parks and facilities. That fleet was grounded while the city developed an overall drone policy.

“Departments must have an authorized purpose to collect information using a drone, or use drone-collected information,” according to a draft of the policy. The policy advises city departments “not to maintain archives of raw, unprocessed drone data” once its mission is accomplished, and says that any “incidentally collected” information that could identify a person or private information must be deleted.

“We were making sure we are using them in a responsible way,” said City Administrator Naomi Kelly, one of the city officials on the committee.

A racing drone flies near the Murphy Windmill at Golden Gate Park in San Francisco. While recreational drones are used in the city, San Francisco is only now developing draft rules for city agencies to use them.