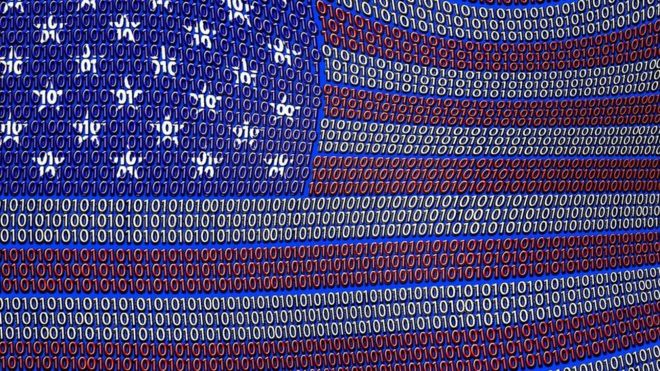 Sensitive personal details relating to almost 200 million US citizens have been accidentally exposed by a marketing firm contracted by the Republican National Committee.

The 1.1 terabytes of data includes birthdates, home addresses, telephone numbers and political views of nearly 62% of the entire US population.

The data was available on a publicly accessible Amazon cloud server.

Anyone could access the data as long as they had a link to it.

The huge cache of data was discovered last week by Chris Vickery, a cyber-risk analyst with security firm UpGuard. The information seems to have been collected from a wide range of sources – from posts on controversial banned threads on the social network Reddit, to committees that raised funds for the Republican Party.

The information was stored in spreadsheets uploaded to a server owned by Deep Root Analytics. It had last been updated in January when President Donald Trump was inaugurated and had been online for an unknown period of time.

“We take full responsibility for this situation. Based on the information we have gathered thus far, we do not believe that our systems have been hacked,” Deep Root Analytics’ founder Alex Lundry told technology website Gizmodo.

“Since this event has come to our attention, we have updated the access settings and put protocols in place to prevent further access.”