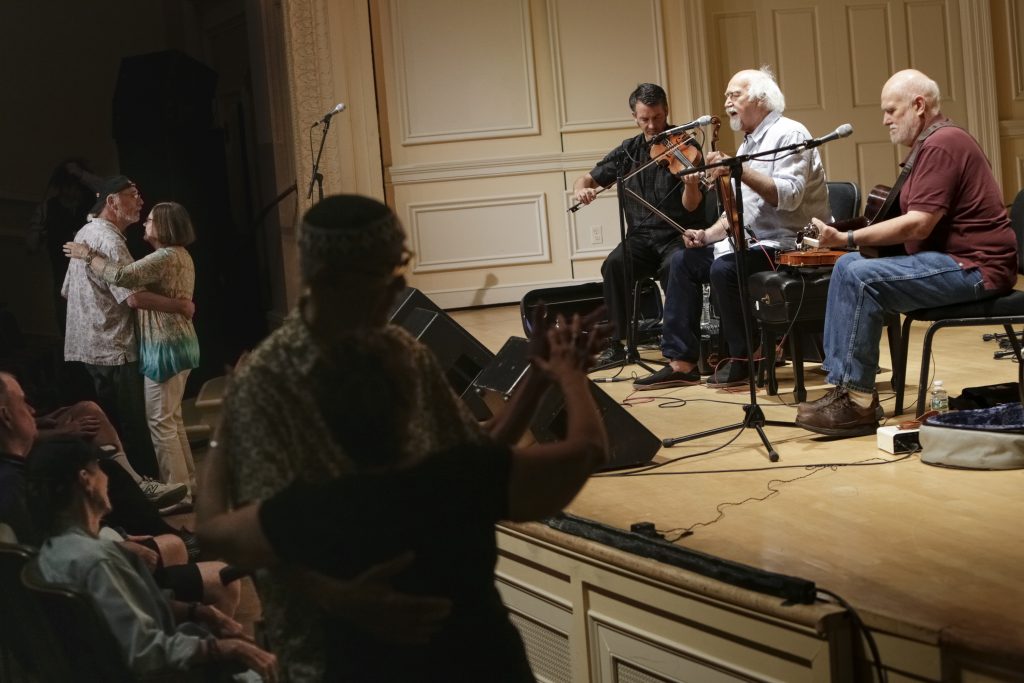 The BeauSoleil Quartet performed the lively and soulful music of Louisiana Cajuns on June 28 in the Coolidge Auditorium as part of the Library’s Homegrown Concert Series. For four decades now, the quartet has been taking traditional ingredients—waltzes, two-steps, Cajun French lyrics, hot fiddle licks and irresistible accordion—and spicing them up with eclectic percussion, acoustic guitar and an open and creative attitude toward music. In 1998, BeauSoleil became the first Cajun band to win a Grammy Award, and it added a second in 2008. In 2011, it was inducted into the Louisiana Music Hall of Fame.