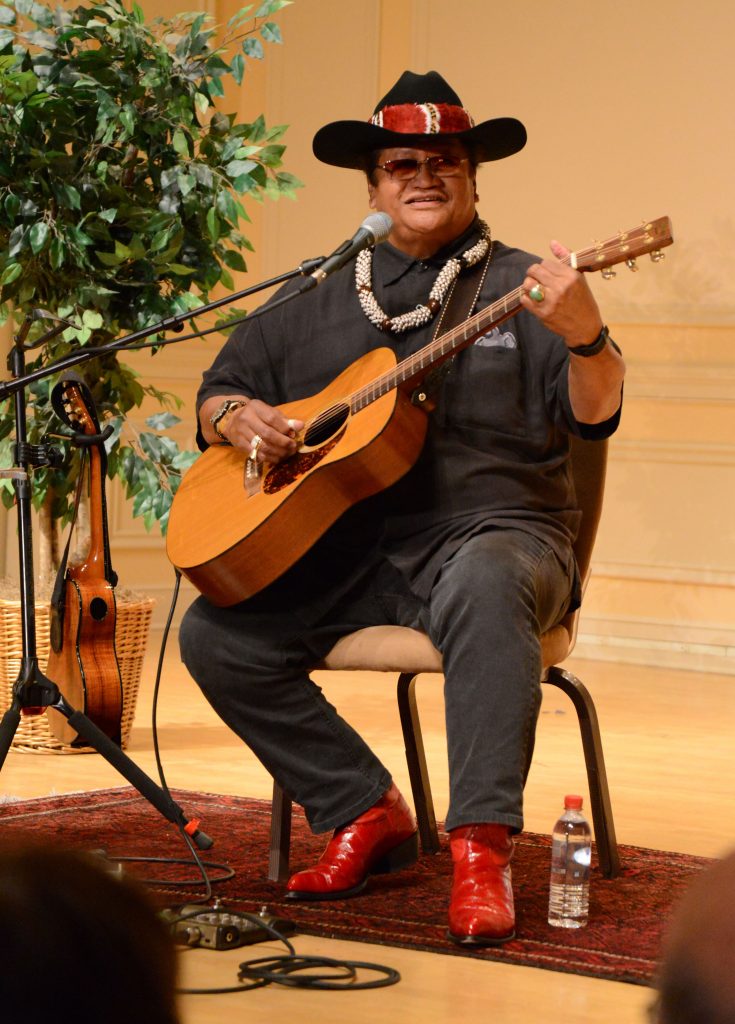 Ledward “Led” Kaapana delighted an audience in the Coolidge Auditorium on July 6 with traditional music from Hawaii. A master of the Hawaiian ukulele and slack key guitar, Kaapana has performed in Hawaii and beyond for more than 40 years, perpetuating the musical style and repertoire of his home village, Kalapana, in the southernmost district of Hawaii. Kaapana received a National Heritage Fellowship from the National Endowment for the Arts in 2011. The fellowship is considered our nation’s highest honor in the folk and traditional arts. He appeared at the Library as part of its Homegrown Concert Series.