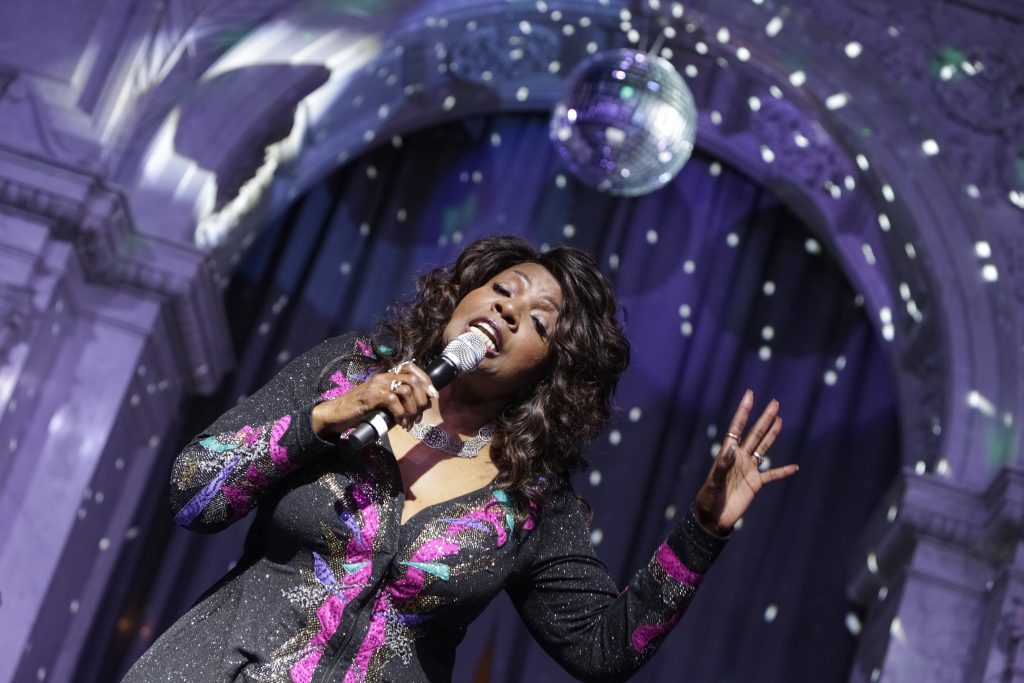 Legendary singer Gloria Gaynor performed the night away in the Great Hall of the Thomas Jefferson Building on May 6 to an audience of dancers in glittering halter dresses, platform shoes, and bell bottoms.

The dance party ended a daylong celebration of disco culture. It started with a symposium that explored disco’s influence on popular music and dance since the 1970s. Gaynor, whose song “I Will Survive” was added to the Library’s National Recording Registry in 2015, talked to Good Morning America host Robin Roberts about her career and what the disco anthem means for her. Other panelists were photographer Bill Bernstein, scholars Martin Scherzinger and Alice Echols, and disco ball maker Yolanda Baker.

A video recording of the symposium is available on the Library’s website.

The dance party concluded “Bibliodiscoteque,” an events series that explored disco culture, music, dance and fashion as told by the national collections.