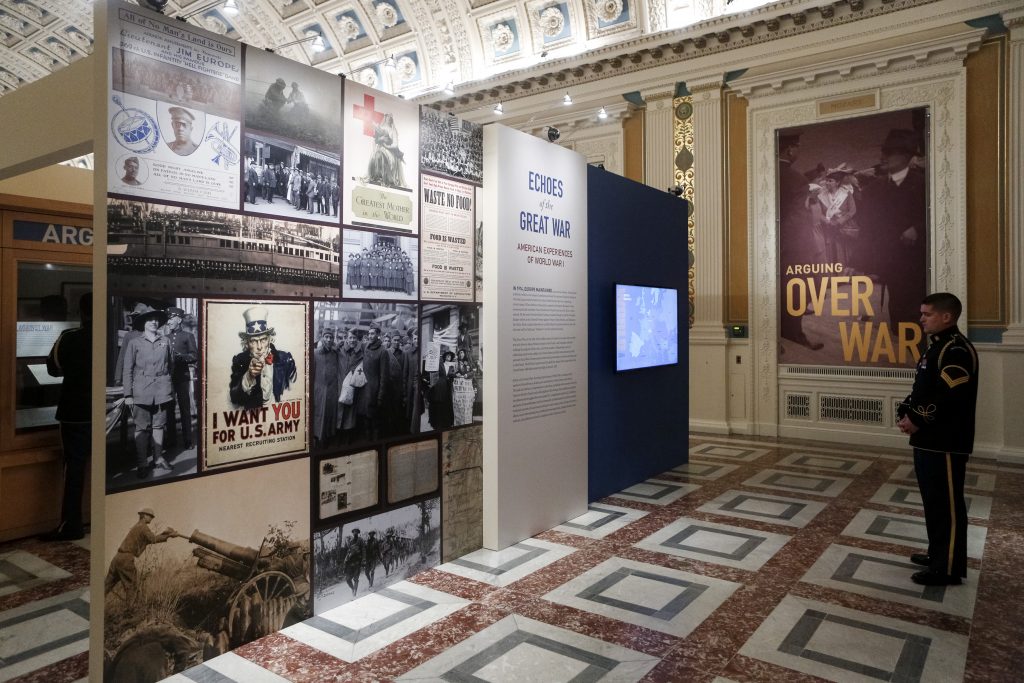 A member of the U.S. Army Band tours ”Echoes of the Great War.” Photo by Shawn Miller.

The Library of Congress opened a major new exhibition, “Echoes of the Great War: American Experiences of World War I,” on April 4.

The exhibition examines the upheaval of world war as Americans confronted it both at home and abroad. It considers the debates and struggles that surrounded U.S. engagement; explores U.S. military and home-front mobilization and the immensity of industrialized warfare; and touches on the war’s effects as an international peace settlement was negotiated, national borders were redrawn, and soldiers returned to reintegrate into American society.

The exhibition will be on view in the Southwest Gallery of the Library’s Thomas Jefferson Building through January 2019. To view the related online exhibition, click here.