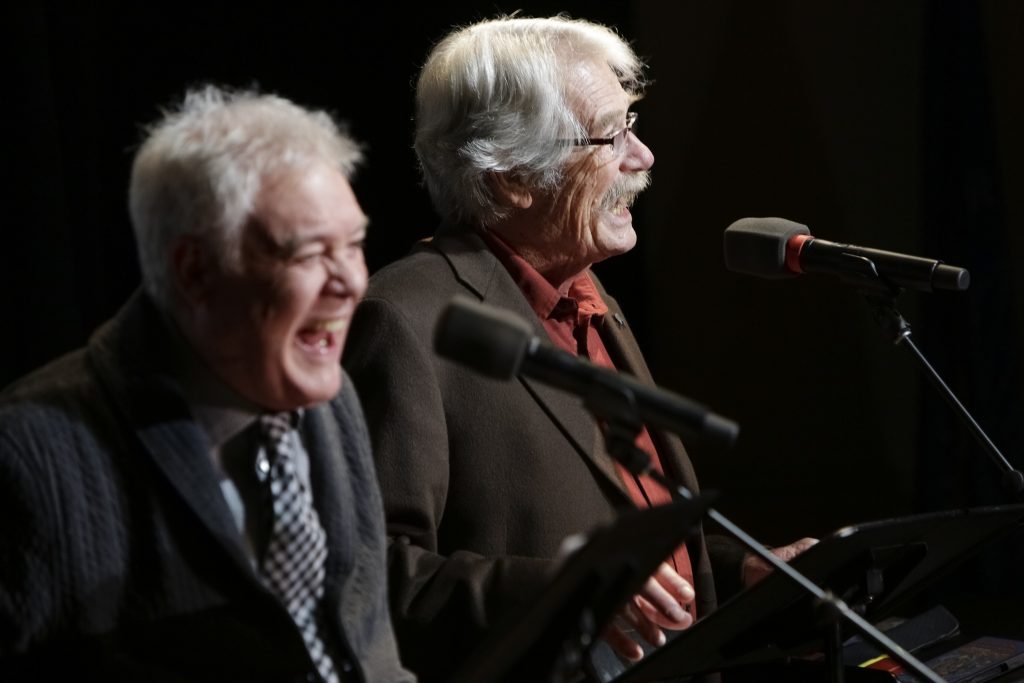 Phil Proctor and David Ossman of the Firesign Theatre. Photo by Shawn Miller.

Phil Proctor and David Ossman, two of the four members of the comedy troupe Firesign Theatre, took to the stage in the Coolidge Auditorium on September 28 to perform and discuss the history and impact of their work. They are shown here presenting a new sketch, “The History of the Art of Radio, Revised.”

With fellow troupe members Phil Austin and Peter Bergman, the pair got their start on Los Angeles radio station KPFK in 1966 doing live half-hour comic plays. In 1968, they began producing comedy records, and they went on to make syndicated radio series, musicals, films and other works.

Their 1970 album, “Don’t Crush That Dwarf,” was added to the National Recording Registry at the Library of Congress in 2005. ”Dwarf” is a one-act play that satirizes radio and television programs to comment on political, social and literary topics of the day. It was recorded using sophisticated production techniques that enabled the use of surreal sound effects and layered storytelling.