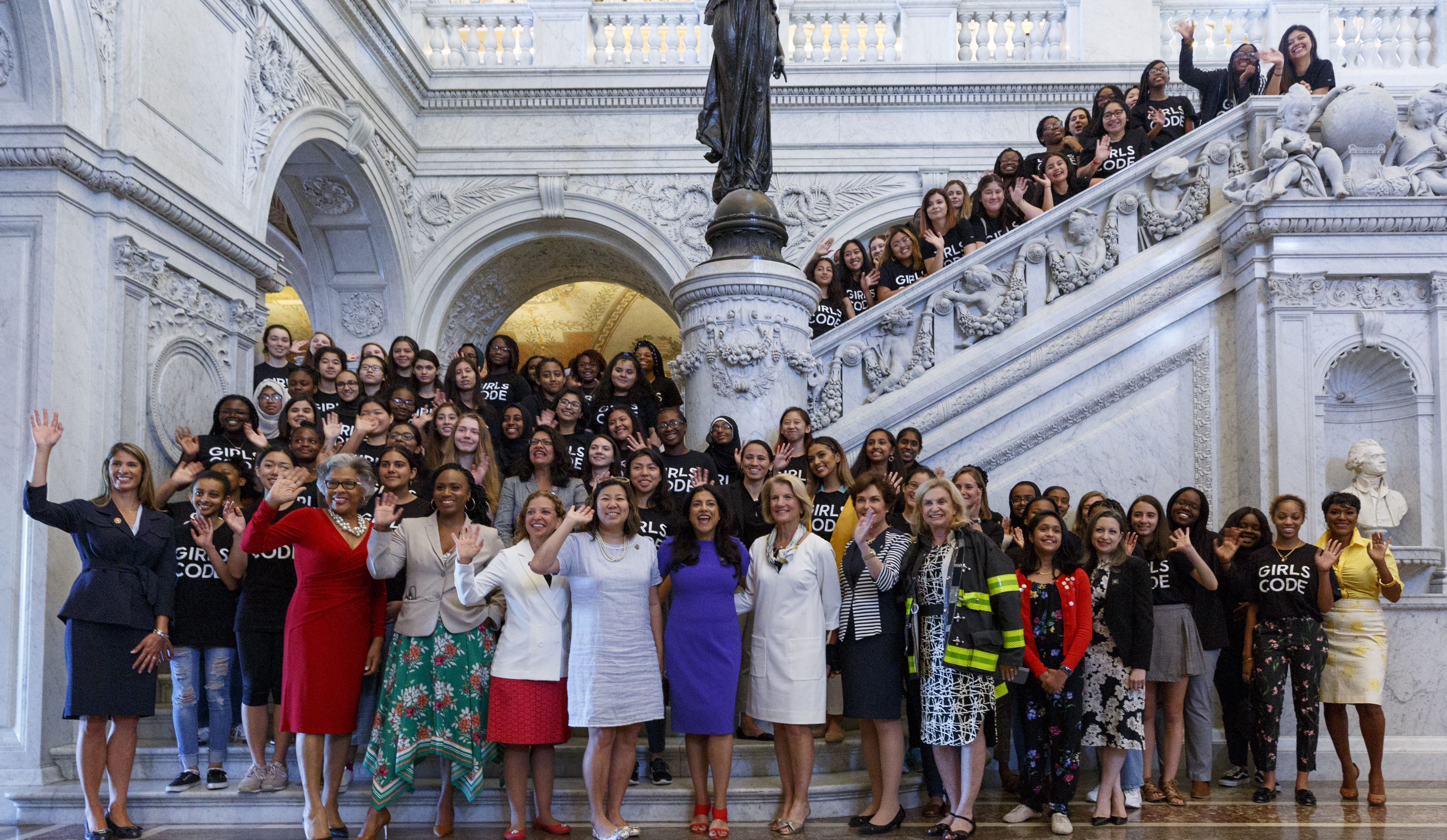 The percentage of girls in K-12 computer science programs has hovered around 37.5 percent the past two years, an evaluation of school data conducted by the non-profit Girls Who Code found recently, despite legislation in 33 states that has sought, over a five-year period, to bolster computer science participation overall. Why aren’t more girls participating?

A bipartisan panel discussion to discuss that data — and other ways to boost the numbers of women in tech — was held Library this week, with several female members of Congress and about 150 girls from the organization attending the morning session.

GWC, a New York-based education and advocacy organization founded in 2012, has reached over 185,000 girls in all 50 states through its programs, which include after school clubs, a 7-week summer immersion program and even a series of YA novels, says Reshma Saujani, an attorney who founded the program after noticing the lack of girls in computer science classes.

“Almost 60 percent of our girls’ clubs are housed in libraries, where they feel safe, and where they are exposed to Librarians who are preparing them for the future,” said Saujani. “So the Library of Congress was a perfect fit. It was a a really powerful day.”