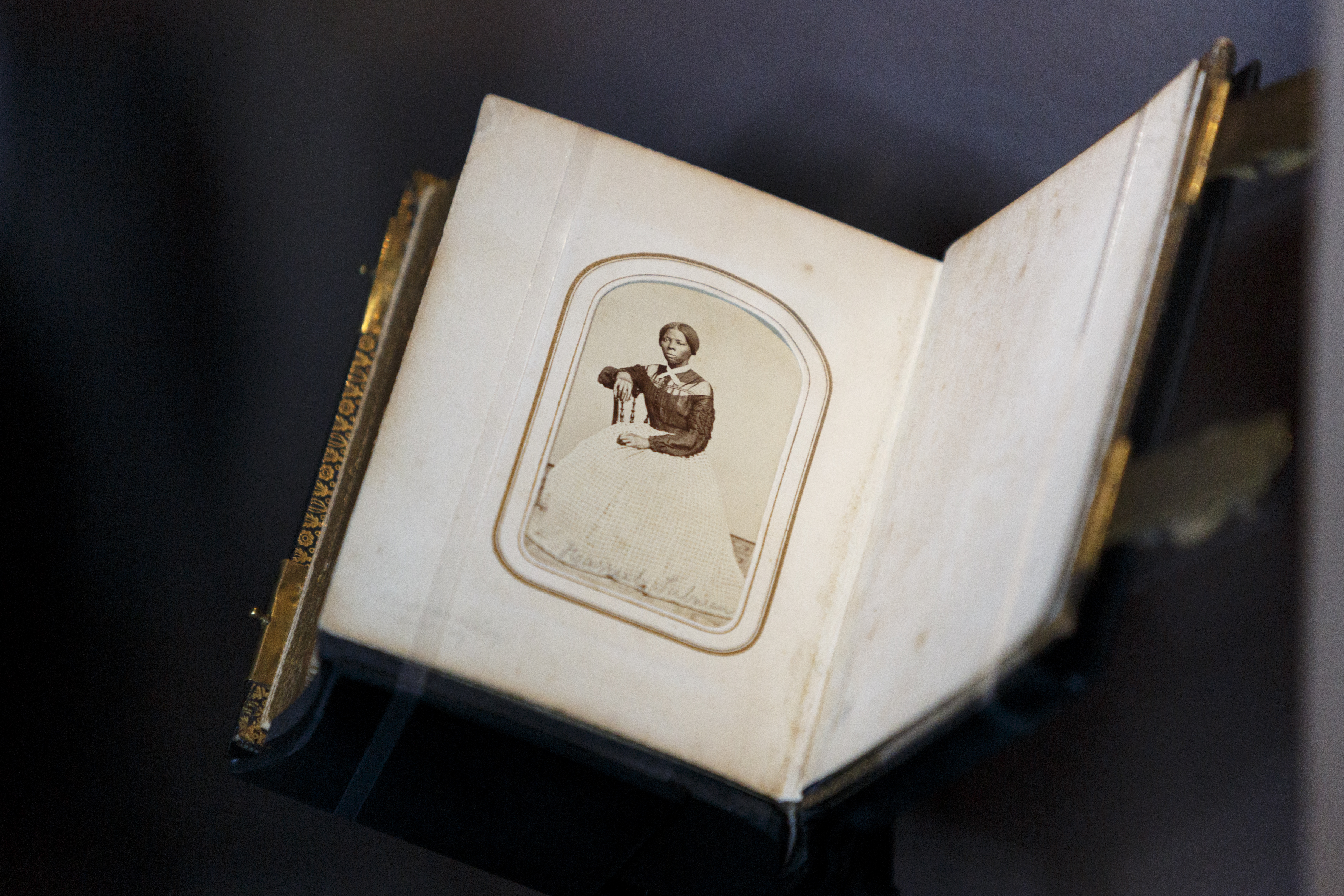 It was a magic moment: Harriet Tubman, revealed as a woman in the fierce prime of her life. In a March 25 ceremony, Librarian of Congress Carla Hayden and National Museum of African American History and Culture Director Lonnie Bunch unveiled the photo album of abolitionist Emily Howland, featuring a previously unknown portrait of Tubman. The photograph, taken around 1868, captures Tubman in her mid-40s, years younger than most surviving photographs that show her late in life. Here, then, is the leader of the Underground Railroad as she would have appeared to her followers during the 19 trips she made into slave states, leading some 300 enslaved people to freedom, including her aged parents. She also served as a Union spy during the Civil War. The photograph, purchased by the Library and the Smithsonian, is on display in the NMAAHC.