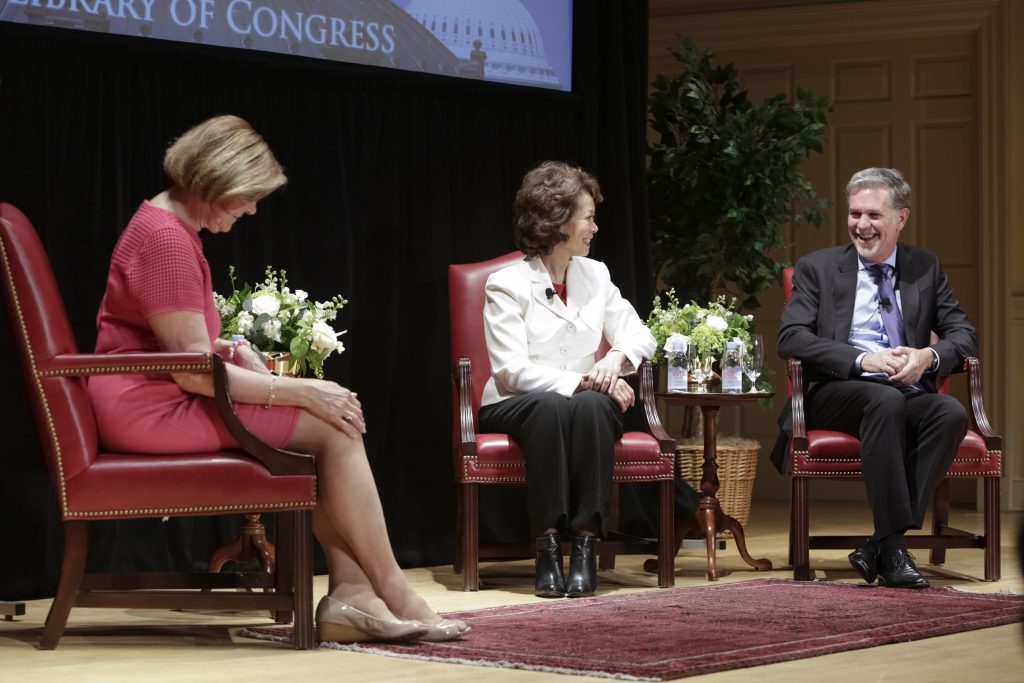 The Peace Corps and its ideals—service to country and the cause of peace—was the subject of discussion at the Third Annual Daniel K. Inouye Distinguished Lecture, held in the Coolidge Auditorium on May 18.

Elaine L. Chao, U.S. Secretary of Transportation, and Netflix CEO Reed Hastings reflected on their Peace Corps service, their leadership experiences, and why the ideals of the Peace Corps remain relevant five decades after its founding. Ann Compton, former White House correspondent for ABC News, moderated the exchange. Chao is a former director of the Peace Corps, and Reed is a former volunteer.

This year’s lecture was planned with the Kennedy Center and the Peace Corps to recognize the centennial of the birth of President John F. Kennedy and values he held in common with Daniel K. Inouye, Hawaii’s first U.S. representative and a U.S. senator for nearly half a century. The lecture is the third in a five-year series being hosted by the Library’s John W. Kluge Center with the Daniel K. Inouye Institute.

A web recording of the event is available here.