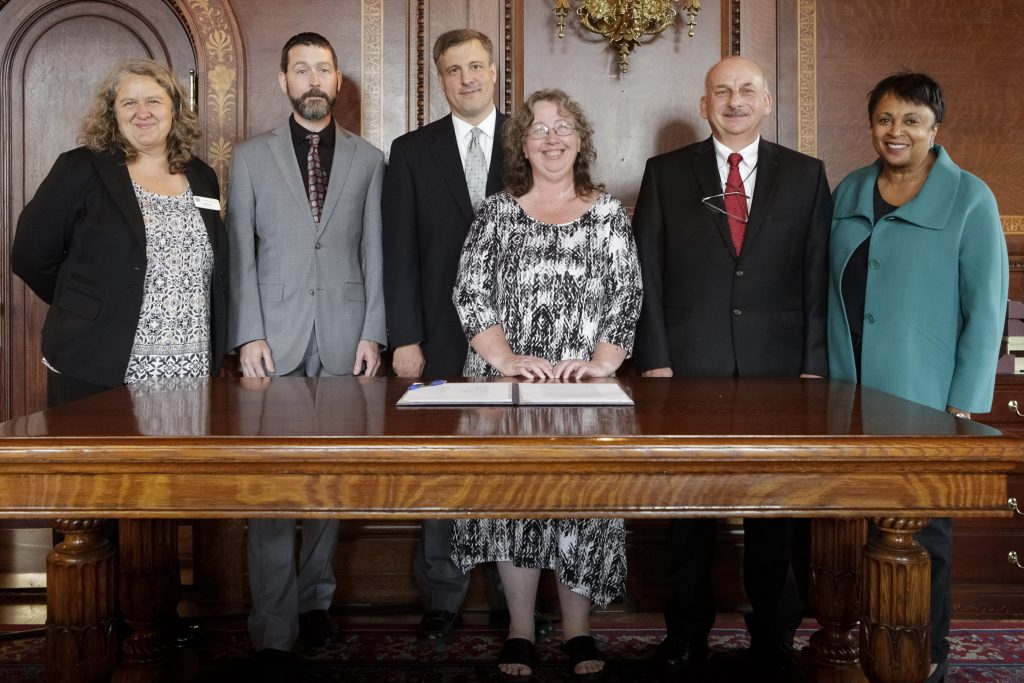 The Library of Congress and the U.S. military service academies signed a cooperative agreement this week to provide researchers with enhanced access to the institutions’ collections and grow representation of service members in the Library’s collections—including the Veterans History Project.

Librarian of Congress Carla Hayden and representatives of the five academies signed the agreement at a ceremonial gathering in the Jefferson Building.

“A major reason the Library of Con­gress is a world leader is because many of the collaborations that it has forged with institutions and organizations across the country and around the world give it its strength,” Hayden said.