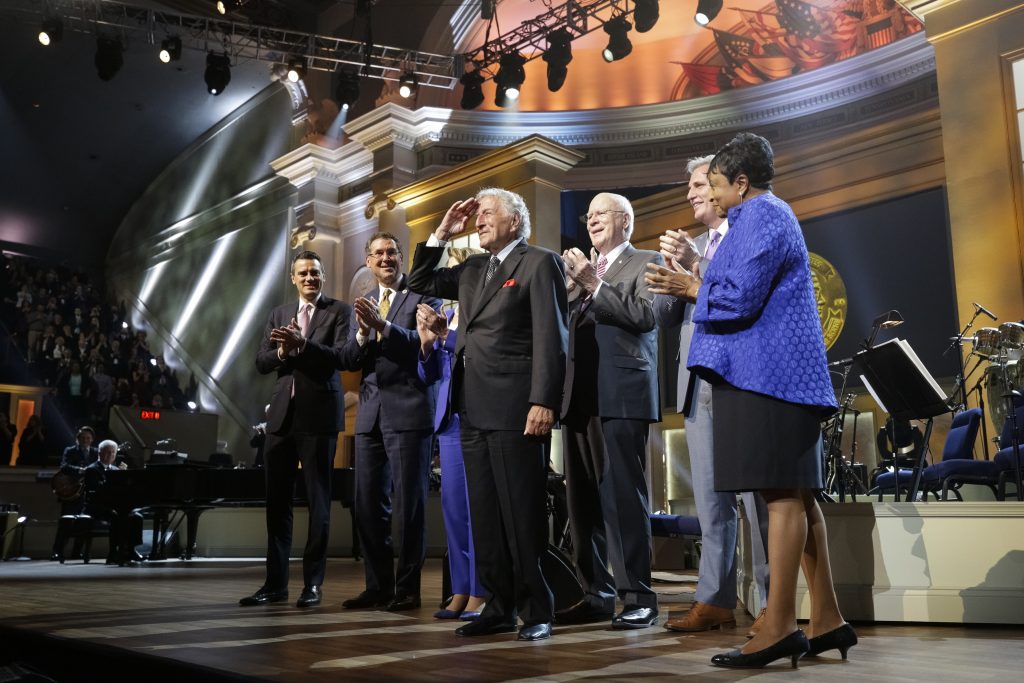 Earlier, during an evening concert in DAR Constitution Hall in Washington, D.C., some of the nation’s top artists paid homage to Bennett’s extraordinary gift as an interpreter of America’s songbook, showcasing some of his most memorable songs. Performing were Chris Botti, Michael Bublé, Gloria Estefan, Michael Feinstein, Savion Glover, Josh Groban, Wé McDonald, Brian Stokes Mitchell, Lukas Nelson, Vanessa Williams and Stevie Wonder—a former recipient of the Gershwin Prize—with a special presentation by Wynton Marsalis. Actor Bruce Willis hosted the evening’s festivities, concluded by a performance by Bennett of some of his favorite tunes.

The concert will air on PBS stations nationwide at 9 p.m. ET on Friday, January 12. The program will also be broadcast at a later date on the American Forces Network to the U.S. Department of Defense locations around the world.