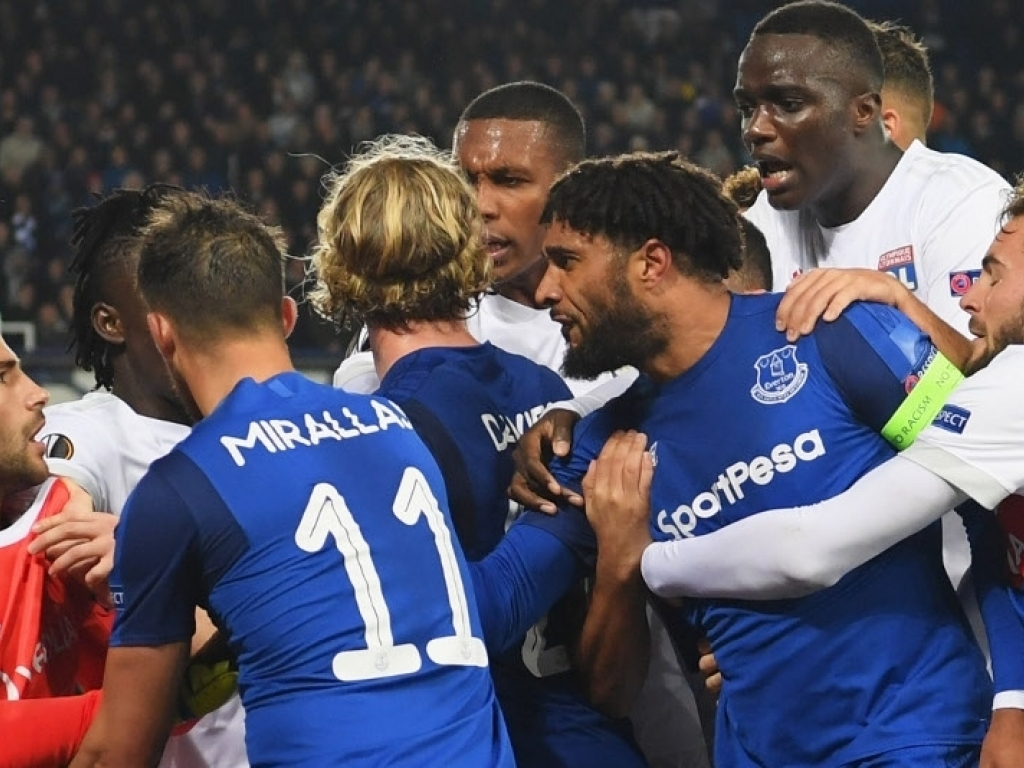 Merseyside Police are investigating a pitch side brawl that broke out during Everton’s Europa League clash with Lyon.

Merseyside Police are investigating a pitch side brawl that broke out during Everton's Europa League clash with Lyon.

Both sets of players became embroiled in a scuffle on the side of the pitch, where a supporter carrying a small child was seen hitting out at the players.

Lopes said he was hit by the supporter towards the end of Lyon's 2-1 win, and he has already been identified by the Toffees.

A statement from Merseyside Police read: "Merseyside Police can confirm officers are investigating following a disturbance on the pitch during a football match between Everton and Lyon at Goodison Park last night, Thursday 19th October.

"Detectives will be reviewing footage and speaking to witnesses to establish what, if any, offences have been committed.

"Anyone with information which could assist the investigation is asked to contact Merseyside Police on 0151 777 4065 or Crimestoppers anonymously on 0800 555 111."

Everton posted a statement of their own that read: "Club officials have reviewed the footage of an incident that occurred in the 64th minute of the game against Olympique Lyonnaise where supporters towards the front of the lower Gwladys Street End became involved in a confrontation between players.

"We have identified one individual whom action will now be taken against. This will include a ban from attending future Everton fixtures and the club registering a formal complaint with Merseyside Police."