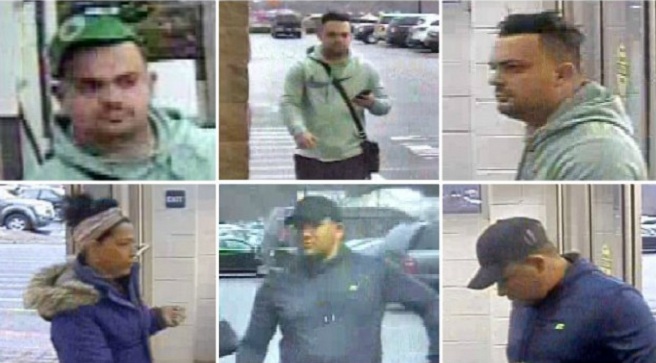 According to police, the suspects shopped at several Walmart stores back in March and used stolen credit card information to make thousands of dollars worth of purchases.

Police said the trio drove together in a white Ford Expedition EL (extended length), which may have been a rental car with Rhode Island or other out-of-state registration plates.

Police on Thursday released surveillance photos of the three suspects. If you recognize any of the individuals pictured above, contact the Massachusetts State Police Detective Unit at (413) 505-5936, or utilize Text-a-Tip by texting the word CRIMES (2-7-4-6-3-7) and type the word SOLVE into the body of the message followed by your tip.

After suffering from a stroke, Dyanna Hurley began to experience episodes of sudden, frequent and uncontrollable crying and laughing that did not match how she was feeling. Dyanna had already stopped working as a traditional nurse due to struggles with the right side of her body following the stroke, and because of the crying and laughing episodes, she began to notice changes in aspects of her personal life as well.

She began to enjoy her weekly dinners with her friend less because she felt like everyone was looking at her when she was having a PBA episode, and it made her feel uncomfortable and embarrassed. Though she did not know what was wrong, she knew something was going on and that she was not…