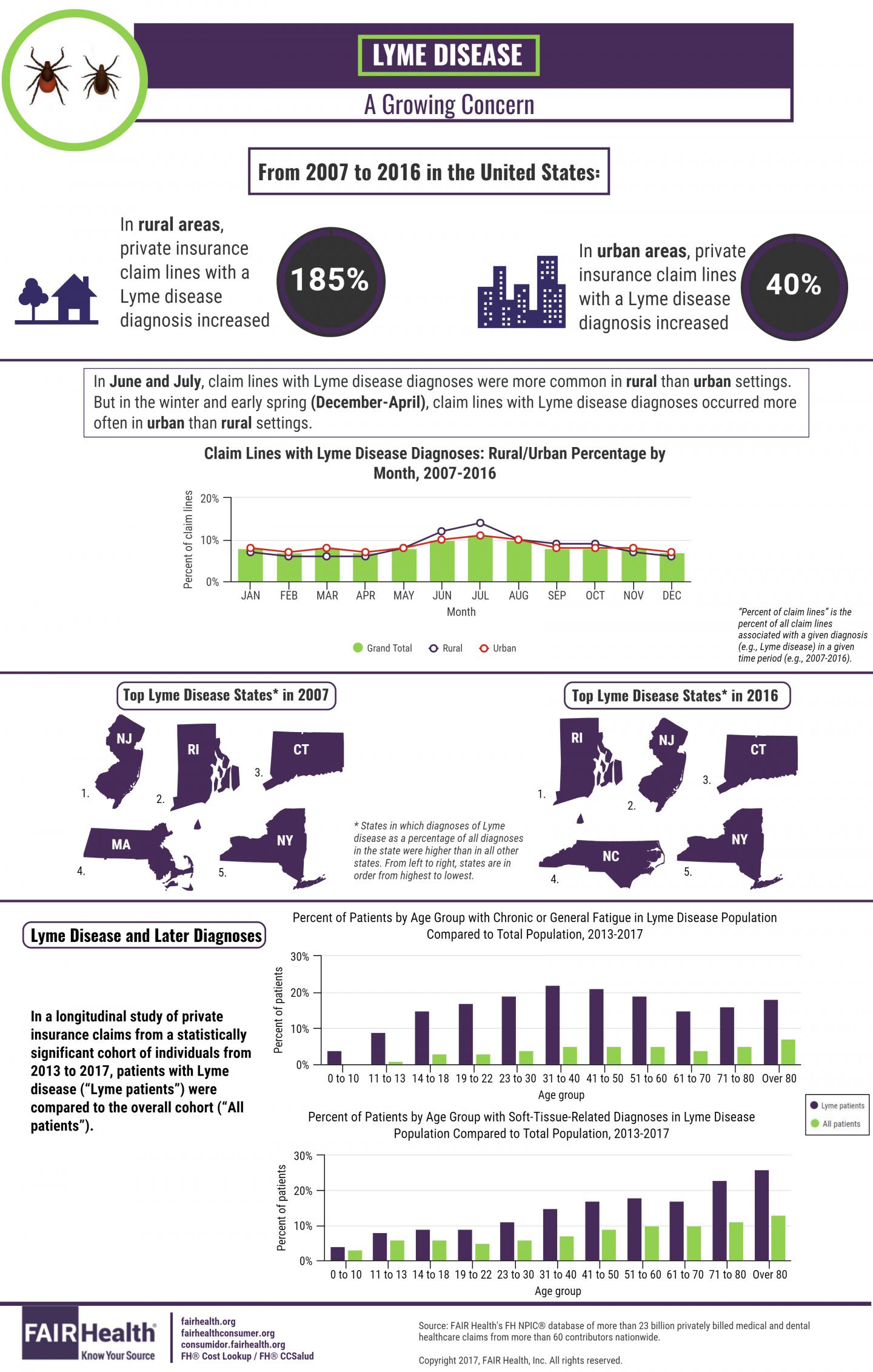 Age also was a difference between rural and urban settings. In rural settings, claim lines with Lyme disease diagnoses were more common for middle-aged and older people: individuals aged 41 years and above accounted for 62 percent of the rural diagnoses. But, in urban populations, younger individuals accounted for a higher percentage of claim lines with Lyme disease diagnoses.

Although Lyme disease historically has been concentrated in the Northeast and upper Midwest, FAIR Health data suggest that it is spreading geographically. In 2007, claim lines with diagnoses of Lyme disease as a percentage of all claim lines with all diagnoses in the state were highest in the Northeast. The top states, from highest to lowest, were New Jersey, Rhode Island, Connecticut, Massachusetts and New York. But, in 2016, the top states, from highest to lowest, were Rhode Island, New Jersey, Connecticut, North Carolina and New York–with the emergence of North Carolina suggesting significant expansion to a new region.

Lyme disease is treatable with antibiotics, but…