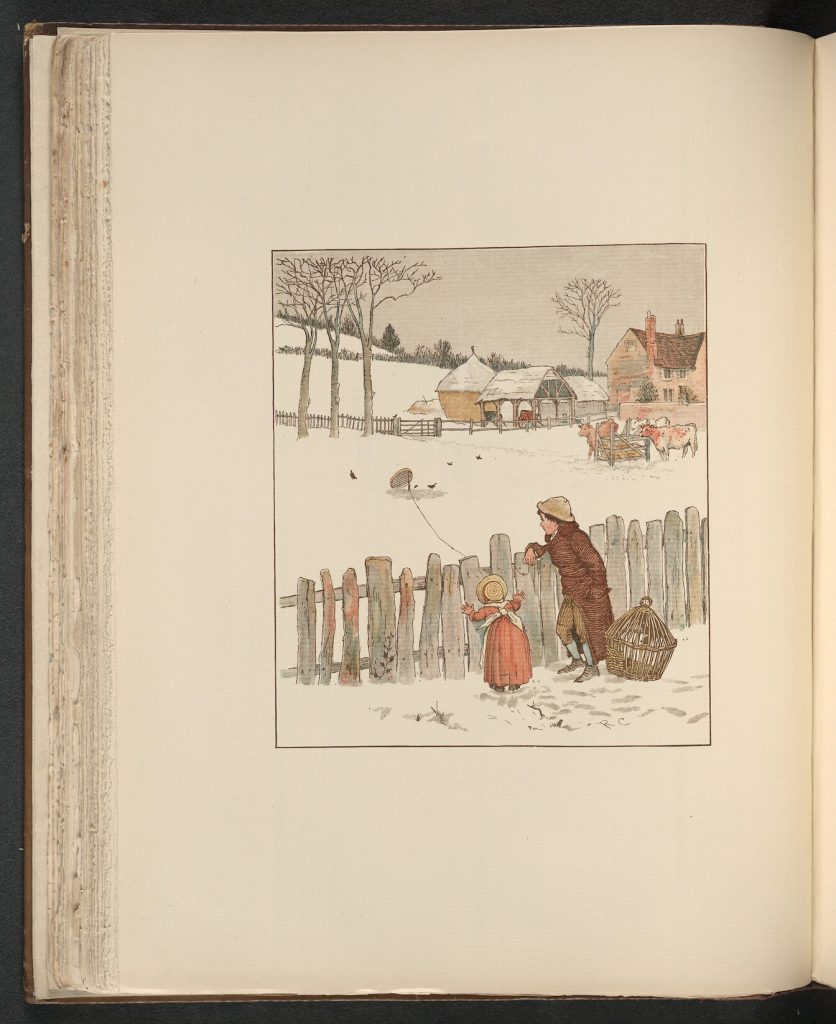 A winter scene by Caldecott from the “Complete Collection of Pictures & Songs.”

This December, the Rare Book and Special Collections Division is revisiting the lively and whimsical illustrations of Randolph Caldecott (1846–1886), who customarily published works at Christmastime, giving his young readership a special holiday treat.

This tradition started as the result of a lucky circumstance for Caldecott. When Edmund Evans (1826–1905), one of England’s finest engravers and printers, lost the services of the popular and well-established artist Walter Crane, he needed a replacement illustrator for his publications. Admiring Caldecott’s work, Evans reached out to Caldecott, which resulted in two Christmas books, “The House That Jack Built” and “The Diverting History of John Gilpin.” Published in 1878, both works became instant successes. Caldecott went on to create many beloved works, continuing this Christmas tradition by producing two works each Christmas until his death in 1886.

The book that is the focus of this blog, “The Complete Collection of Pictures & Songs by Randolph Caldecott,” is a posthumous retrospective work of Caldecott’s published in London and New York by G. Routledge and Sons in 1887.

The engraver Evans undertook one last work of Caldecott’s to give homage. He engraved on woodblocks using photographed copies of Caldecott’s pen-and-ink drawings to etch his images. He then used a technique called chromoxylography in which a few colors could be used with each impression, creating a variety of hues and tones. This technique was inexpensive and could be mass produced, but it was also quite intricate, requiring an engraver of great skill. For Caldecott’s images, six blocks were used for each image to apply various colors and hues, making Caldecott’s busy and fanciful illustrations come alive. This 500-page treasure is fully digitized and chronicles the great talent of both Caldecott and Evans.

The American Library Association recognizes Caldecott with an annual award named in his honor. It is given to the artist of the most distinguished American picture book for children. Past recipients include well-loved artists such as Maurice Sendak, Ezra Jack Keats, Ludwig Bemelmans and Virginia Lee Burton, to name a few.

The Caldecott Medal is designed with scenes from Caldecott’s work. The front of the medal is derived from “The Diverting History of John Gilpin,” which illustrates a poem by William Cowper. Here, Gilpin rides his runaway horse. 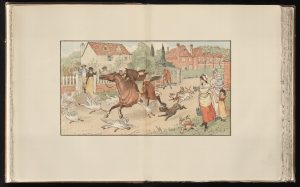 The reverse side of the medal is based on an illustration from the widely known nursery rhyme, “Sing a Song of Sixpence,” shown below. 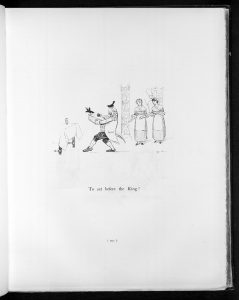 Scroll down to view more of Caldecott’s wonderfully active and vivid illustrations that bring to life humorously depicted animals and the English countryside they inhabit.

Also check out the Caldecott Pinterest Board for “The Complete Collection of Pictures & Songs.”

And here are examples of Edmund Evans’s engraving for works by prominent children’s writers of his time: 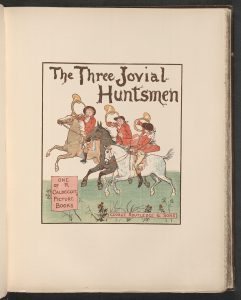 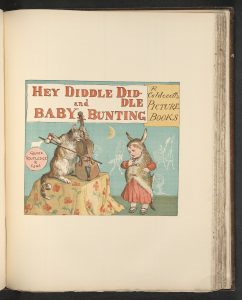 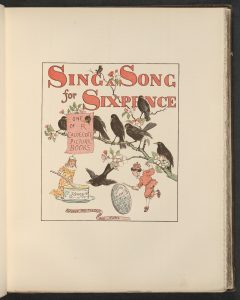 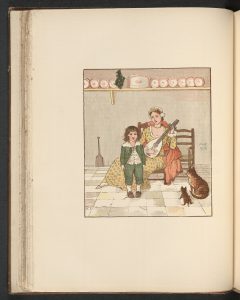