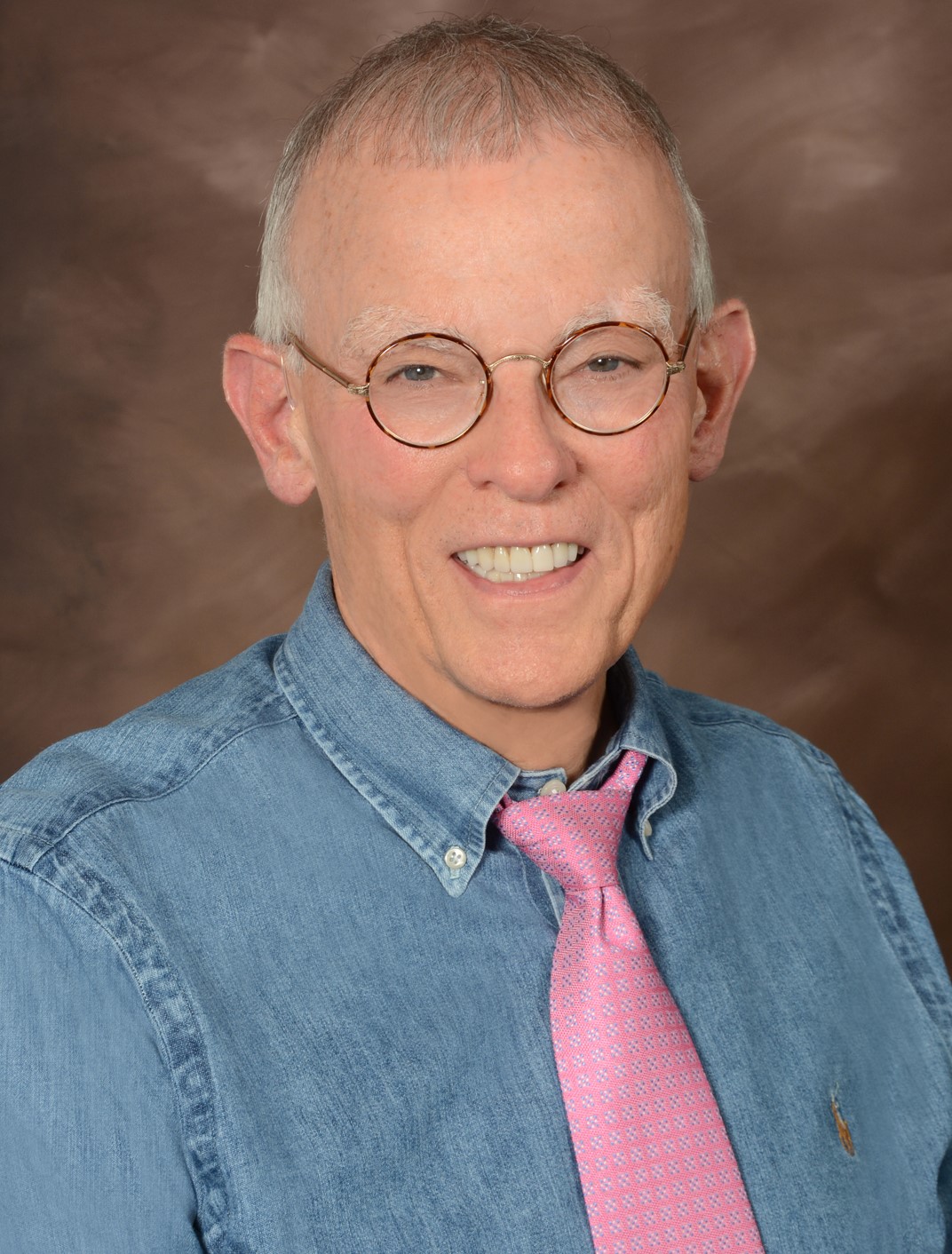 Nelson Johnson used the Library’s collection of Clarence Darrow’s papers to inform his latest novel, “Darrow’s Nightmare.” His earlier books include “Boardwalk Empire,” which was adapted into a hit HBO series. Johnson retired in 2018 from his position as a New Jersey state superior court judge.

You were a lawyer for decades, then a judge. Tell us about your legal career.

I grew up in a small town in southern New Jersey — and remain there 72 years later. I’m a graduate of St. John’s University and Villanova Law School.

I’ve had a very uncomplicated life. When I was 5, my grandfather said to me, “Nelson you talk so much, you should be a lawyer.” When I asked what lawyers did, he replied, “They help people when they are in trouble.” That sounded like a good thing, and as I learned more about what lawyers did, my course was charted. No uncertainty, no anxiety, no choices — becoming an attorney was all that interested me. When I was 12 or 13, my mother introduced me to “Darrow for the Defense” by Irving Stone, and Clarence Darrow became one of my heroes.

When and why did you start writing nonfiction?

I’ve been writing letters, essays and opinion pieces since my freshman year of college. In the early 1980s, I was hired to represent the Atlantic City Planning Board. I found myself in the middle of a land rush —developers were crawling all over city hall, and I was concerned about their heavy-handed influence. I also couldn’t wrap my brain around was the dysfunctionality of the place. So, I headed to the Atlantic City Free Public Library to learn more. There, I found two librarians who fed me books.

The result was “Boardwalk Empire,” which tells the story of Atlantic City’s history from the arrival of the railroad in 1854 up to the present-day era of casino gambling.

How do you select topics?

I research and write with an eye toward making sense of things on a topic no one has written about. I think that’s what all four of my books have done, namely, make sense of people, places and events that are either not understood at all, or misunderstood by commentators who got it wrong.

Besides “Boardwalk Empire” and my new book on Darrow, I’ve written about the indispensable role of African Americans in the creation of Atlantic City. And my book “Battleground New Jersey” discusses the “political dirt” that preceded New Jersey’s 1947 Constitution and creation of a genuinely independent court system. 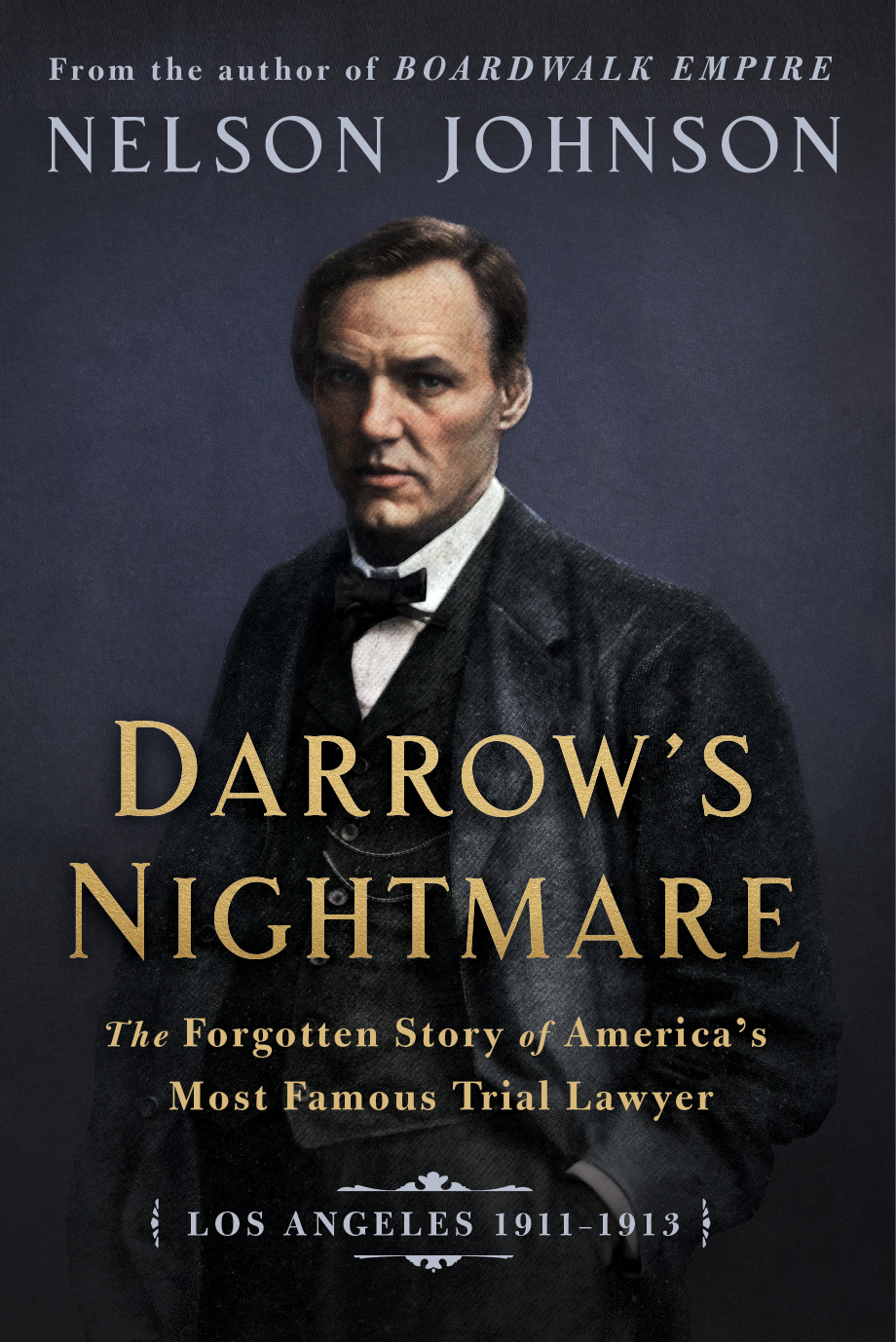 What drew you to Darrow as a subject?

I had read Stone’s book years earlier and knew of Darrow’s problems in Los Angeles. Clarence — over wife Ruby’s advice — agreed to represent the McNamara Brothers, labor activists accused of bombing the antiunion Los Angeles Times. He learned quickly that they were guilty and negotiated a plea bargain. Not long afterward, Darrow was charged with attempting to bribe jurors who had been selected for the trial — even though it never occurred. The people of power in Los Angeles wanted to silence Darrow.

But for Earl Rogers, his extraordinarily talented defense attorney, we might never have known of Darrow. He was acquitted and went on to famously defend John Scopes in the “Scopes monkey trial” and to save Leopold and Loeb from the death penalty.

Over the years, I read many books on Darrow and was never satisfied with how his troubles in L.A. were handled by other historians.

I can’t express my excitement upon finding all of Ruby Darrow’s letters to Irving Stone in the Clarence Darrow papers at the Library. Ruby wrote to Stone and collaborated in the writing of what she hoped would be an important work in establishing Darrow as the most important lawyer in American history. In some ways, he was.

Ruby’s letters are a treasure. Frequently, I used something Ruby told Stone or a story she recounted as a thread to pull things together. Those letters are true gems, so very valuable in my research.

What was a favorite discovery?

My favorite experience was the first time I read Ruby’s letter to Stone about a surgery and hospital stay of Clarence’s in L.A. following a 1908–09 trial in Idaho, two years before his troubles in L.A. Ruby had been a reporter before marrying Clarence, and she knew how to tell a good story.

Can you comment on the importance of archival collections such as the Library’s to your work?

Primary resources are critical to my research and writing. My legal background compels me to search for documents that will support the burden of proof referred to in the law as “clear and convincing” evidence. If I can’t support a conclusion based on that standard, then I either don’t make use of those facts, or I will let the reader know that what someone said, did or suffered may or may not have occurred.

What are you working on now?

My current research is proceeding in two very different directions. I may write about 15 months in the life of Earl Rogers when he represented another lawyer and that lawyer’s client on corruption charges in San Francisco around 1908. If my research yields what I’m hoping, then I will be heading west to the Bancroft Library at the University of California, Berkeley. If it doesn’t, I’m going to write a book on an aspect of slavery and its role in American history, in which case I’ll be returning to the Library.