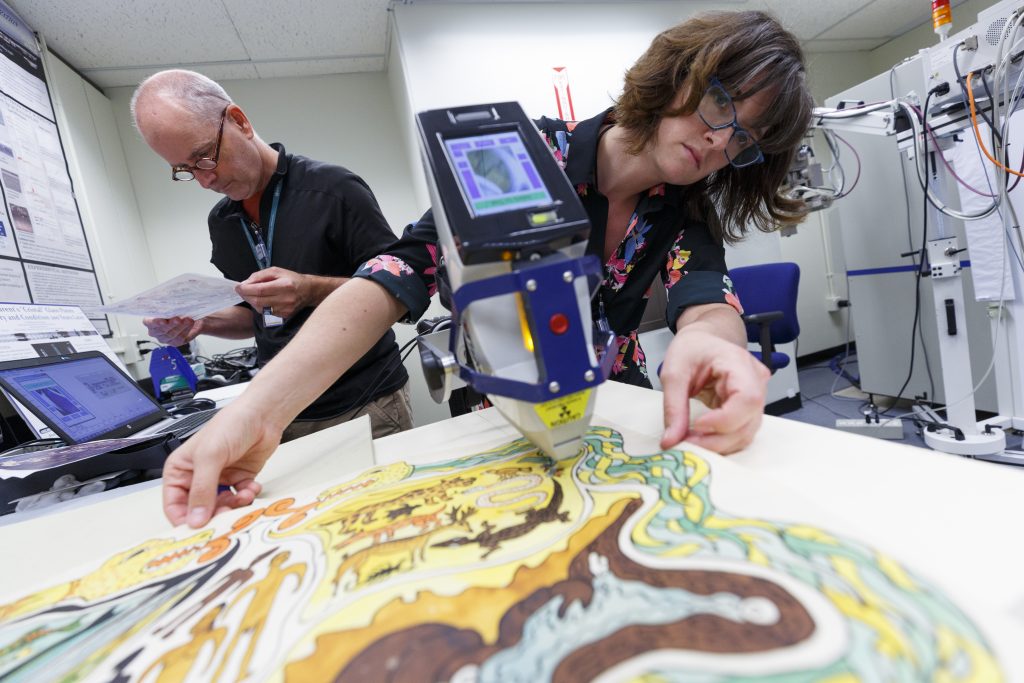 This piece from John Hessler details the analytical work being done on paintings by the great Diego Rivera that are held by the Library. It was published in the Library of Congress Magazine’s March/April issue.Diego Rivera was by all measures one of the most important Mexican artists of the 20th century — his large-scale murals in San Francisco, Mexico City, New York and Detroit helped transform the style of public art and brought new ideas from the Parisian avant-garde to the Americas.

In the early 1930s, American writer and art critic John Weatherwax approached Rivera about illustrating an English translation of “Popol Vuh,” the Maya creation myth. Long fascinated by ancient indigenous cultures of Mexico and Mesoamerica, Rivera agreed. He produced a series of watercolors and gouache paintings to illustrate the text — paintings that in part derive their layouts, color palettes and themes from early Mesoamerican books or codices.

Weatherwax’s translation was never published. But, today, the Library holds three of the watercolors — largely unknown to art historians and the public — in its Jay I. Kislak Collection. A team of Library curators and scientists recently used advanced imaging and analysis techniques to examine the underdrawings, paints and pigments — an effort to better understand the works for art historical purposes and to inform their conservation. 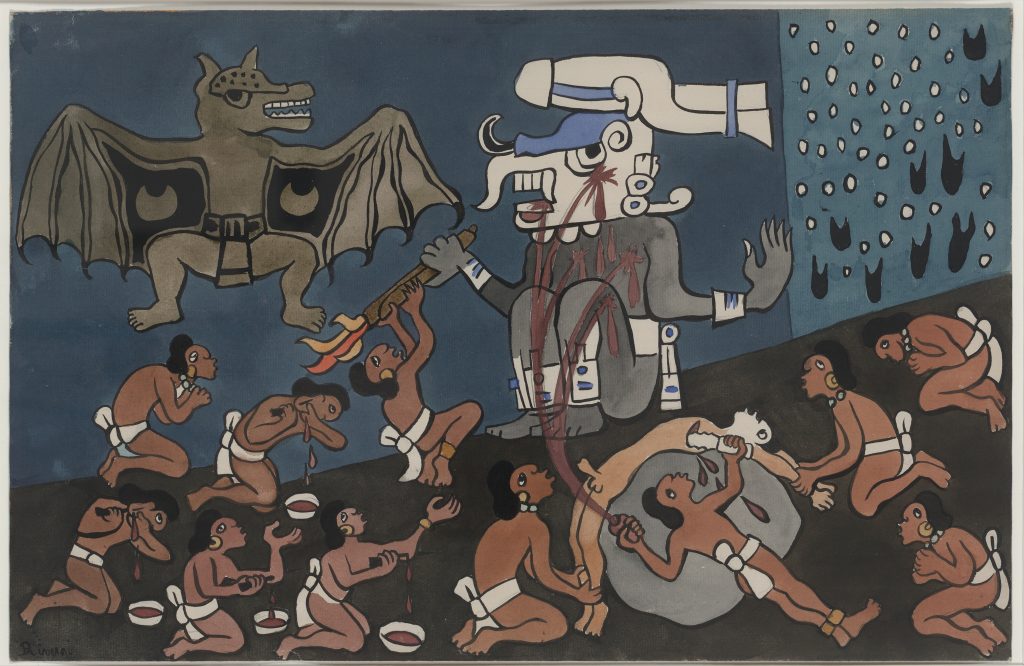 The team digitally photographed the paintings at multiple wavelengths spanning the ultraviolet through the visible and into the near-infrared, a technique known as hyperspectral imaging. In this process, discrete components of an object — inks, glues, parchment — respond in unique ways to the different wavelengths. 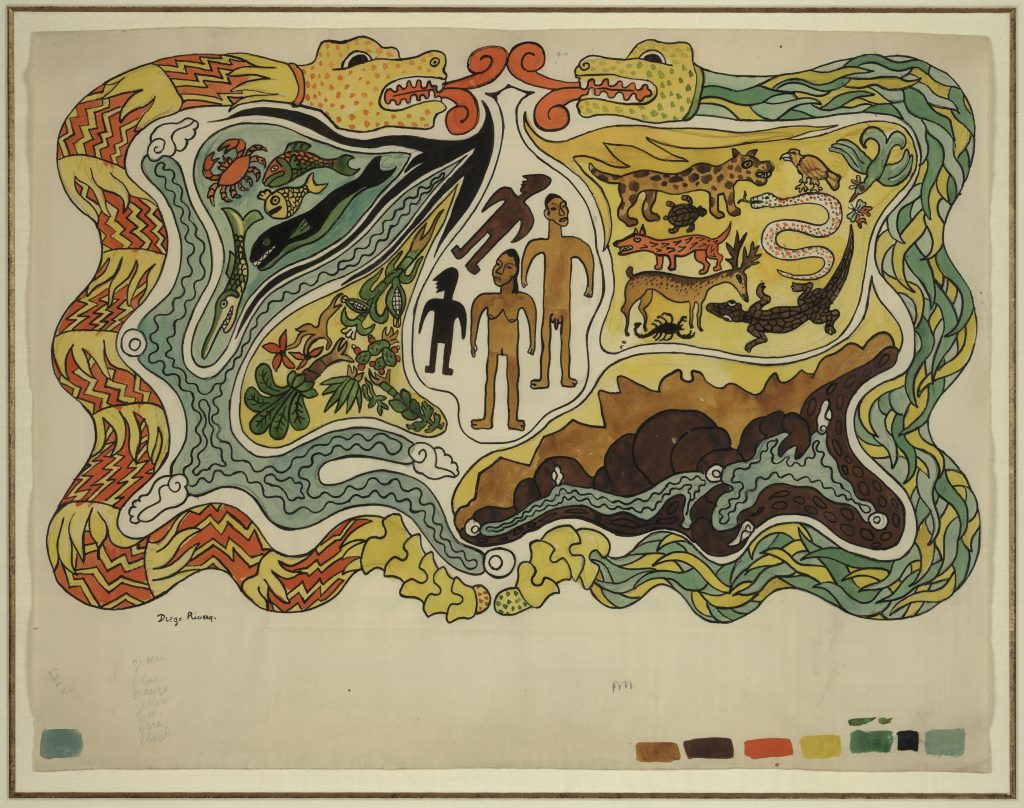 To get a more precise sense of the paints and pigments Rivera used, they employed fiber optic reflectance spectroscopy, which uses a white light source and a spectrometer to measure the amount and the color of light reflected from an object. And to analyze chemicals and elements in the paintings, they used X-ray fluorescence spectroscopy, a process that nondestructively bombards the paintings with high-energy X-rays in precisely defined locations, inducing elements in the pigments to emit secondary X-rays that can be captured and analyzed. 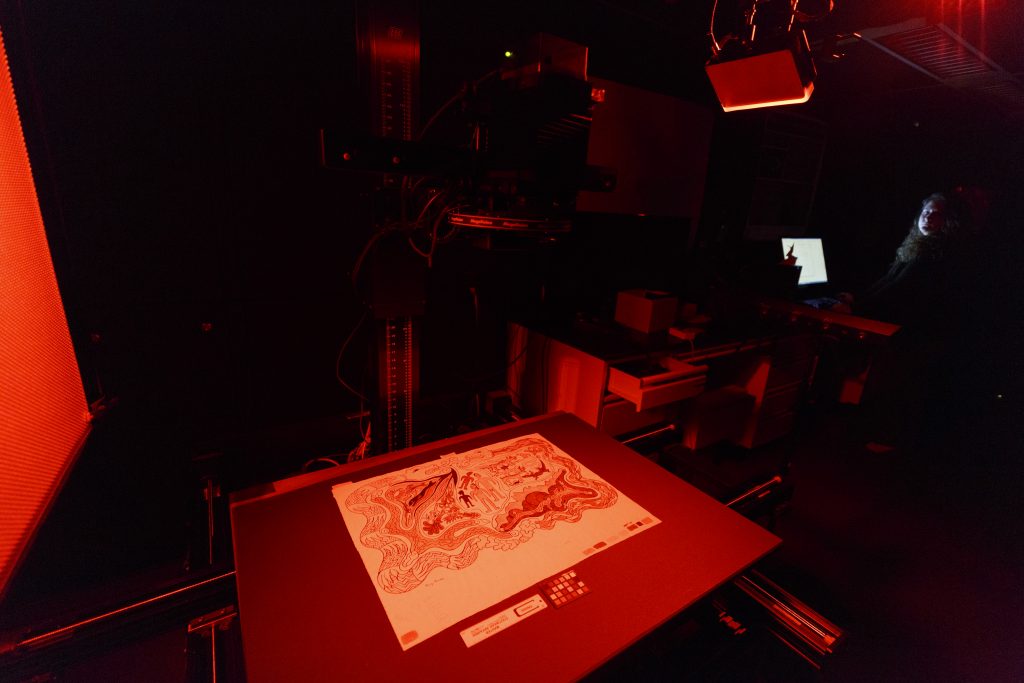 Preliminary results — to the team’s surprise — show the artist used very different pigment and paint palettes. For curators and scientists, the project makes clear the new knowledge that can be gained when they collaborate to better understand the collections — and that the sciences and the arts are full of hidden surprises.