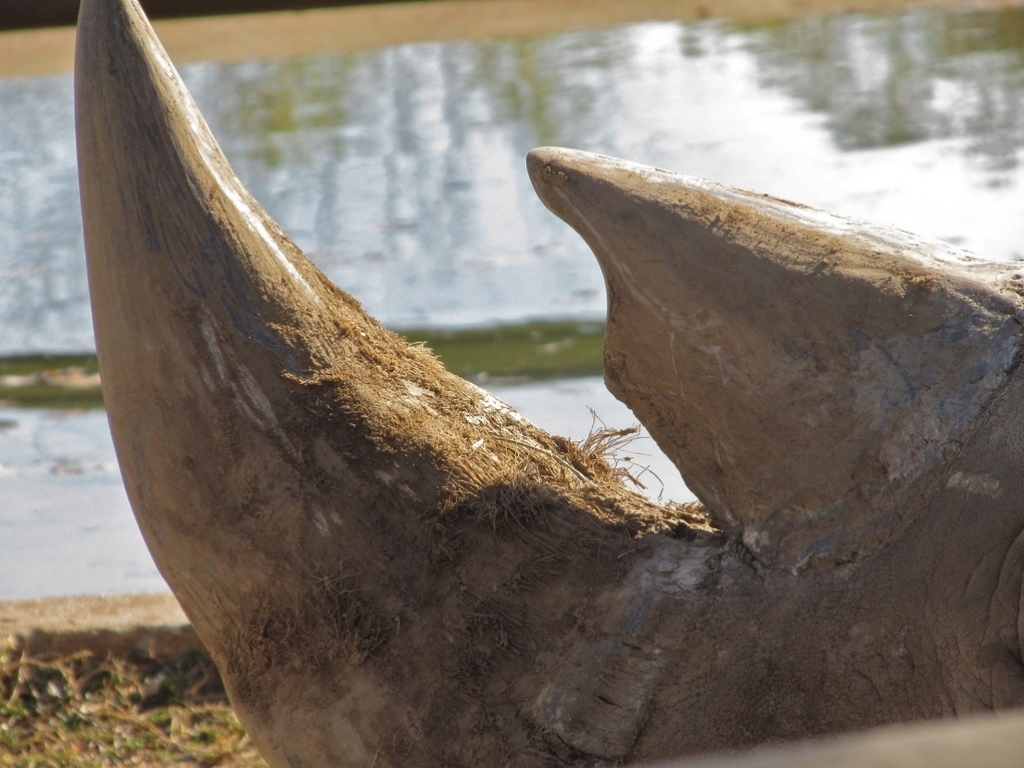 Rhinos and elephants: Australia does what South Africa won’t

While trading in rhino horn and ivory in South Africa is legal, Australia has just tabled a Parliamentary motion to ban it within its own borders, writes Adam Cruise.

While trading in rhino horn and ivory in South Africa is legal, Australia has just tabled a Parliamentary motion to ban it within its own borders, writes Adam Cruise.

Australian MP Jason Wood, who introduced the motion last month, says an Australian domestic trade ban “is about stopping illegal poaching and illegal trading in elephant ivory and rhinoceros horn”. To be part of the solution, says Wood, Australia must “prohibit the domestic trade.”

Wood said the illegal wildlife trade was worth around US$5 billion to US$10 billion a year, making, it the fourth most profitable global crime behind drugs, human trafficking and firearms. Poachers are paid an average of $12,000 a rhino.

“This is what fuels this brutal industry,” he said. “The incentives need to be taken away from the poachers. These products should not have the material value and trading in them is investing in incredible cruelty. Australia must stop this practice.”

Wood’s motion was supported by most other members of parliament. A vote for a complete domestic ban will be held within a matter of weeks. There is a possibility it may not even go to vote if the Australian Minister of Environment and Energy, Josh Frydenberg, senses complete approval of the Bill.

Australia has increasingly become a transit region for the illegal trade of ivory and rhinoceros horn. Fiona Gordon, an environmental policy analyst for the Jane Goodall Institute in New Zealand who represents the #NoDomesticTrade Campaign both there and in Australia, believes the closure of domestic ivory markets in consumer countries is a vital enforcement tool to end laundering through legal markets.

Australian Customs and Border Protection Services reportedly seize 7,000 wildlife items each year, mostly in the post and passenger environments. Hundreds of seizures of suspected elephant ivory and rhino horn products were made between 2010 and 2016.

“We might be miles away from Africa,” said Gordon, “but the elephant and rhinoceros are iconic species. The illegal wildlife trade is a truly global issue. It demands a truly global response.”

Australia becomes the latest of several of the world’s biggest traders to call for a domestic ban. Already China (including Hong Kong), the UK, France, and the US, as well as the EU are planning to implement sweeping bans on any trade in these products. China and the US have the closure of all aspects of their domestic markets, with one or two exceptions. France has already closed down its market while Britain, the largest market for antique ivory, is debating how far the measures ought to go, which includes a debate on banning the antique ivory trade. The EU is currently consulting with stakeholders and the public on the issue.

Most African countries are in favour of closing domestic ivory markets. The African Elephant Coalition, a group of 29 member countries, has called “as a matter as a matter of urgency” for all countries “to close their domestic markets to commercial trade in raw or worked ivory.”

Alone and Out of Step

This leaves South Africa and its immediate neighbours – Zimbabwe, Namibia and Swaziland – increasingly isolated and out of step on the global stage of conservation. The South African government has long been a proponent of selling its ivory stockpiles to Asia. The country was successful in doing so in 2008 when, together with Botswana, Namibia, and Zimbabwe, it sold 102 tonnes of stockpiled ivory to China and Japan.

Even though studies have shown that this sale accelerated the demise of African elephants by a third of their total population since the sale, South Africa continues to lobby for further trade in its ivory stockpile.

With rhino horn, the South African government earlier this year published draft legislation o would allow owners of horn to take two horns out of the country as personal property as long as they had the proper permit.
A few months later, the world’s largest rhino breeder, John Hume held a three-day auction of his stockpiled rhino horn. Hume was granted a permit after the South African Constitutional Court lifted a 2009 moratorium on the domestic rhino horn trade. Unsurprisingly, the auction drew few bidders.

However, the problem for South Africa is that even if it allows a domestic trade, ivory and rhino horns purchased there cannot be exported – and are unlikely to be in the future. The Convention on International Trade in Endangered Species (CITES), the international agreement between governments aiming to ensure that international trade in wild animals does not threaten their survival, prevents this.

As for domestic markets, at the 17th CITES Conference of Parties held in Johannesburg last year called for “all CITES parties and non-parties [to] take all necessary legislative, regulatory and enforcement measures to close their domestic markets for commercial trade in raw and worked ivory as a matter of urgency.”

“As a CITES party,” says Gordon, “the very least Australia can do is put in place the most basic checks and balances by regulating the domestic trade in ivory and rhinoceros horn.”