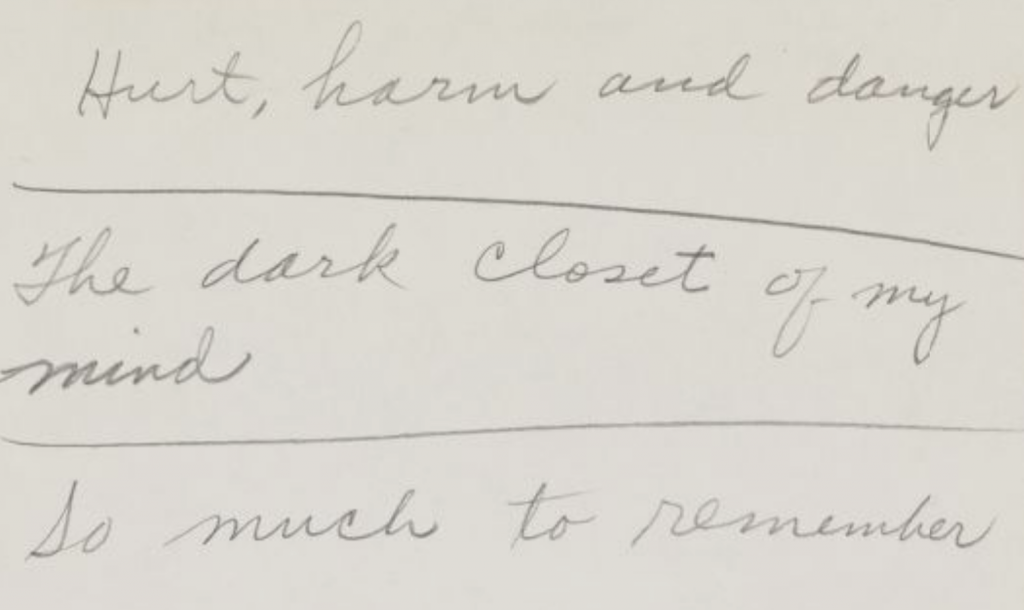 We’re kicking off Black History Month with — wh0 else — Rosa Parks, whose papers are currently the subject of a major Library exhibition.

Rosa Parks may not be the woman you thought she was. She’s probably a lot more.

The “mother of the civil rights movement” is enshrined in popular culture as a quiet seamstress who refused to give up her bus seat to a white man in Alabama in 1955, sparking the Montgomery bus boycott and the civil rights movement. But in “Rosa Parks: In Her Own Words,” the first major exhibit of her papers at the Library, her personal writings reveal Parks to be a fierce, lifelong activist who never shied from pursuing social justice, no matter the physical, social or economic cost.“As far as I can remember during my lifetime, I resisted the idea of being mistreated and pushed around because of my race,” she said in a 1957 documentary, “A Time for Freedom.”

At the Library, you can experience Parks’s life in a number of ways.

Most directly, you can help transcribe her papers on the Library’s By the People crowdsourcing web site. You’ll be reading her personal notes, letters and writings and transcribing them into a digital, searchable format. It’s an amazing way to reach into her day-to-day life. No registration is necessary unless you want to take on the additional responsibilities of reviewing and tagging first drafs of transcriptions. (A word of encouragement – her handwriting is both beautiful and legible!)

Meanwhile, the exhibit, and accompanying book, show the depth and intensity of her resistance to both racist violence and subtle bigotry. Some of it will no doubt surprise viewers accustomed to seeing Parks, who died in 2005, as a kindly, soft-spoken woman with a nice purse and sensible shoes.

“Hurt, harm and danger,” she wrote on one line of an undated note to herself. A stroke of the pen marks a line across the page, and below it: “The dark closet of my mind.” Another page-wide stroke, and a last line: “So much to remember.”

Born on Feb. 4, 1913, under bitter Jim Crow segregation in Tuskegee, Alabama, she endured the threat of Klan violence as a child, helped her husband with his work defending the Scottsboro Boys, then joined the NAACP as a secretary and activist. Her unplanned bus protest cost Parks and her husband their jobs, subjected them to a decade of poverty, death threats and stress-related illnesses that never fully abated. She never wavered. She moved to Detroit, eventually finding steady work in U.S. Rep. John Conyers’ office. For the rest of her life, she worked with causes such as labor unions, radical black nationalist groups and anti-poverty agencies. 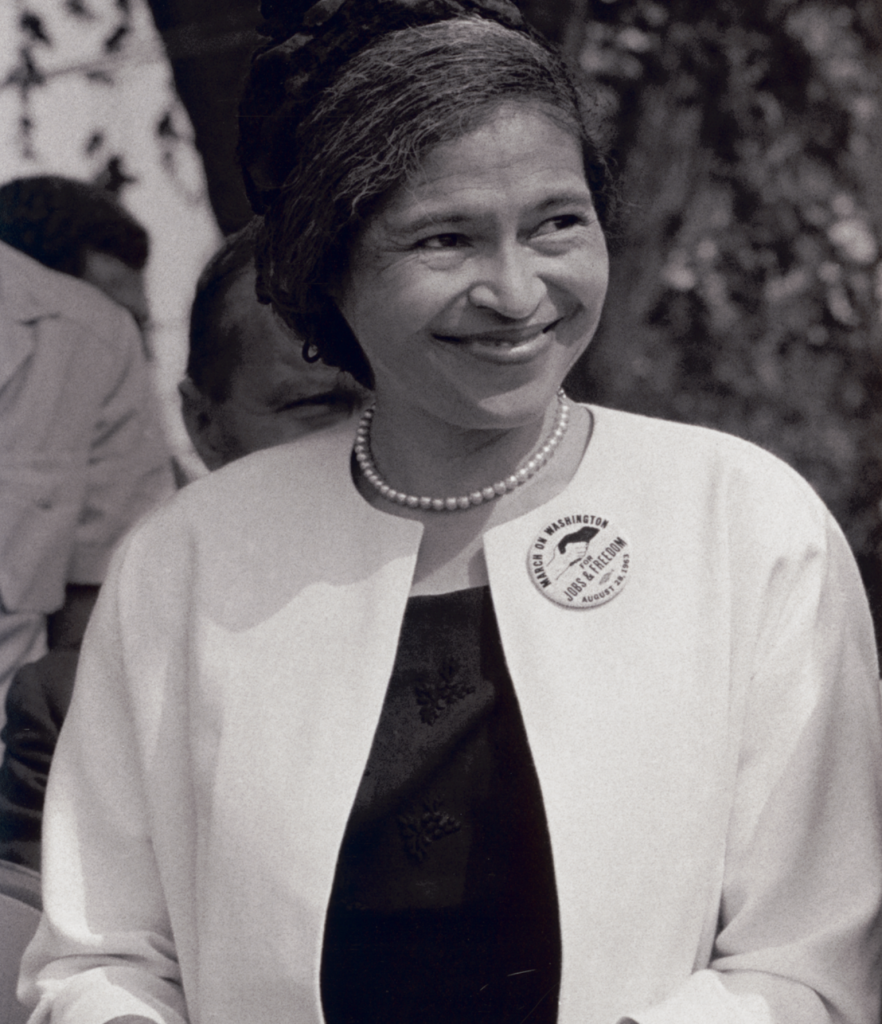 Hers was never a pretty journey from can’t to can, just as the struggle against America’s racist violence has never been easy to look at head on. Her papers show the sweat-and-blood woman behind the iconic photographs to be a thoughtful, composed, deeply religious woman of few words who was possessed of an unyielding drive to confront white supremacy.

She was 6 years old in 1919, the Red Summer when white mobs attacked black soldiers returning home from World War I and other black citizens in waves of violence that roiled the nation. That reached little Pine Level, Alabama, where Parks was living with her grandparents.

“KKK moved through the country burning Negro churches, schools, flogging and killing,” she writes. “Grandfather stayed up to wait for them to come to our house. He kept his shotgun within hand reach at all times.” 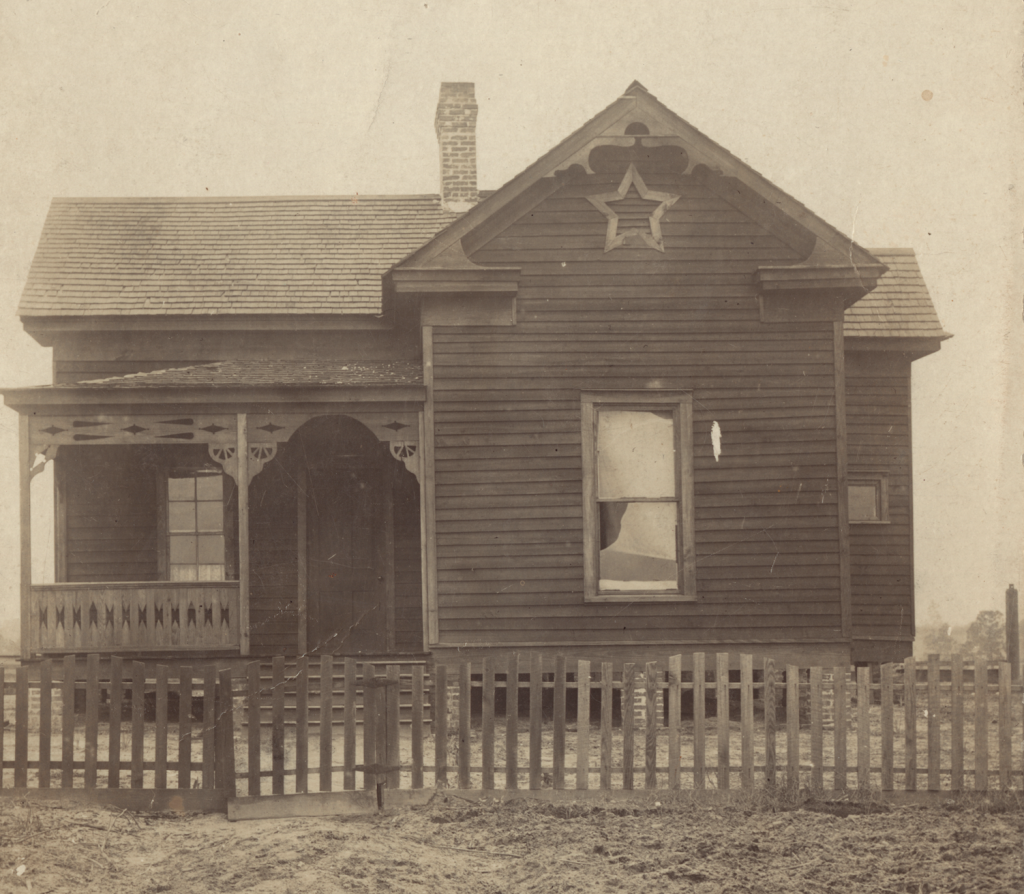 “One day when I was about 10, I met a little white boy named Franklin on the road. He was about my size, maybe a little bit larger. He said something to me, and he threatened to hit me — balled up his fists as if to give me a sock. I picked up a brick and dared him to hit me. He thought the better of it and went away.”

Still in her teens, she foisted off a white man who wanted to either rape her or pay her for sex while she was babysitting at a white family’s house.

In 1932, when she was 19, she married Raymond Parks, a barber 10 years her senior. He was a serious man who brooked no foolishness from whites. “I was very impressed by the fact that he didn’t seem to have that meek attitude — what we called an ‘Uncle Tom’ attitude — toward white people,” she wrote in “My Story,” her young-adult memoir. The handsome suitor was “the first real activist I ever met.” Shortly after their marriage, he was fundraising to help defend the Scottsboro Boys — nine black youths falsely accused of raping a white woman in Alabama. The clandestine meetings he attended were so dangerous that the group had lookouts, code words and secret locations.

By the 1940s, she was helping the NAACP document false arrests, beatings and sham trials that led to state-sanctioned executions. Her papers reveal an eloquent, bitter recognition of the humiliations that white supremacy imposed.

“Treading the tight-rope of Jim Crow from birth to death, from almost our first knowledge of life to our last conscious thought, from the cradle to the grave is a major mental acrobatic feat,” she writes in one undated note. “To me, it seems that we are puppets on strings in the white man’s hands. They say we must be segregated from them by the color line, yet they pull the strings and we perform to their satisfaction or suffer the consequence if we get out of line.”

In the early 1940s, when the young couple was living in Montgomery, she made three trips to the courthouse before she was allowed to register to vote, overcoming literacy tests and racist clerks. In 1943, a bus driver attempted to physically remove her from a bus because she did not go through the back door, as blacks were required to do. “I didn’t follow the rules,” she later wrote. When the white driver, known to be a rough bigot, stood threateningly over her and told her to get off the bus, she said, “I know one thing. You better not hit me.”

He didn’t, and she got off the bus. But, a dozen years later, on Dec. 1, 1955, she boarded the Cleveland Avenue bus at Court Square in Montgomery and saw the same driver, James Blake, glaring at her when she refused to give up her seat to a white man. 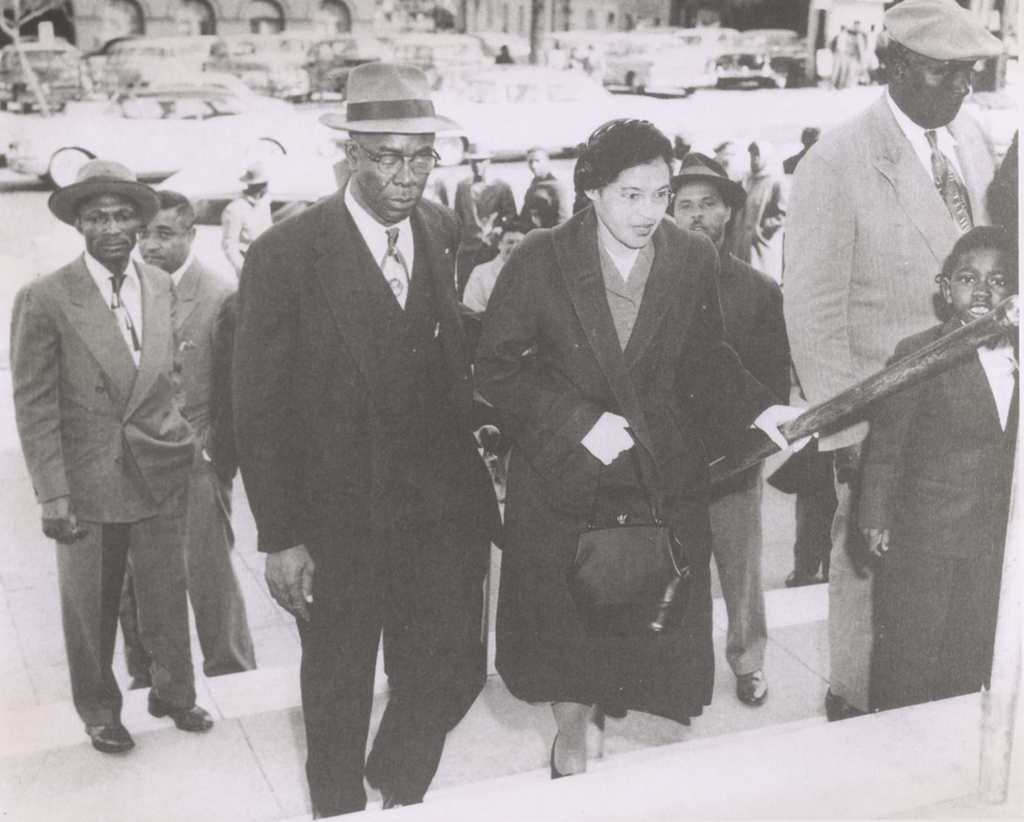 Most everyone knows that her arrest, and the resulting protest, ignited the movement that changed the United States. Less known is how harshly she paid for getting “out of line.”

She and Raymond were let to, or fired, from their jobs, descending into harsh poverty for nearly a decade, and lived under constant death threats. The couple took home about $3,700 in 1955, the year of her arrest. Four years later, it plummeted to $661 — the equivalent of $5,800 in 2019.

The couple found no salvation in Detroit; she called it “the promised land that wasn’t.” In a 1960 profile, Jet Magazine called her the boycott’s “forgotten woman” and described her as a “tattered rag of her former self — penniless, debt-ridden, ailing with stomach ulcers, and a throat tumor.”

In 1964, Parks volunteered to work on the longshot congressional campaign of Conyers, then an unknown. When he won election to the U.S. House of Representatives, he hired her to help run constituent services in his Detroit office, a position she held until her retirement.

Still, she was so unknown to the general public that in 1980, she appeared on the television game show “To Tell the Truth” as one of three guests saying, “I am Rosa Parks.” Only one of the three voting panelists correctly identified her. The fourth panelist, entertainer Nipsey Russell, had marched with her in Selma.

“Mrs. Parks is 10-foot tall, she’s a legend and a hero in the democracy of the United States, not just among black people,” Russell said, as the studio audience applauded.

A decade later, that had changed.

In 1990, when she was in her late 70s, Nelson Mandela stopped in Detroit after being released from prison in South Africa. As historian Douglas Brinkley described it in “Rosa Parks: A Life,” Mandela spotted her in the receiving line as soon as he stepped off the plane: “Tears filled his eyes … in a low, melodious tone, Nelson Mandela began to chant, ‘Ro-sa Parks. Ro-sa Parks. Ro-sa Parks,’ until his voice crescendoed into a rapturous shout: ‘Ro-sa Parks!’ ’’

In 1999, she was given the Congressional Gold Medal, the highest honor Congress can bestow. Schools, libraries and streets were named for her. There’s now a statue of her in the Capitol Building. In 2010, Time Magazine named her as one of the world’s “25 Most Powerful Women of the Past Century.”

It was an amazing life and is told by her with unfiltered honesty — in her own hand — in the Library’s collection. 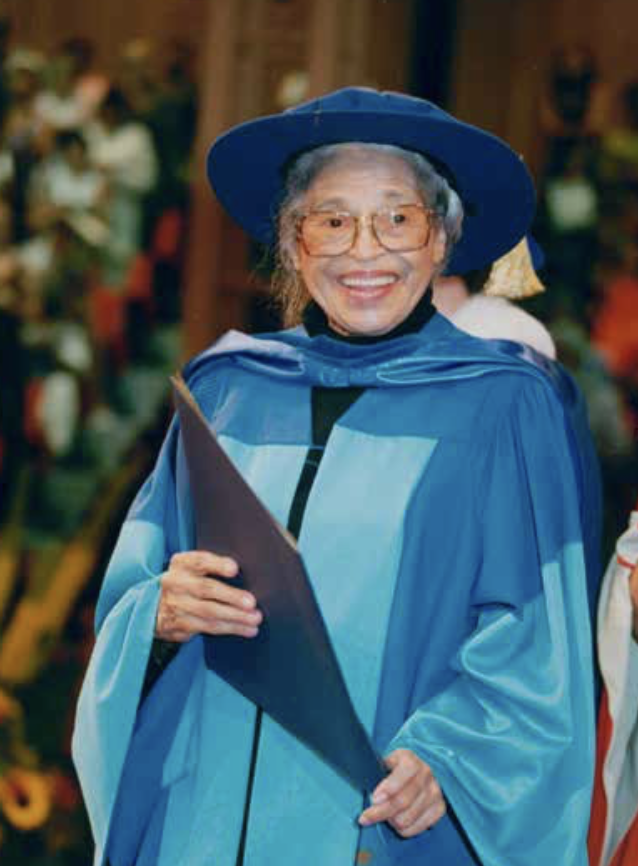