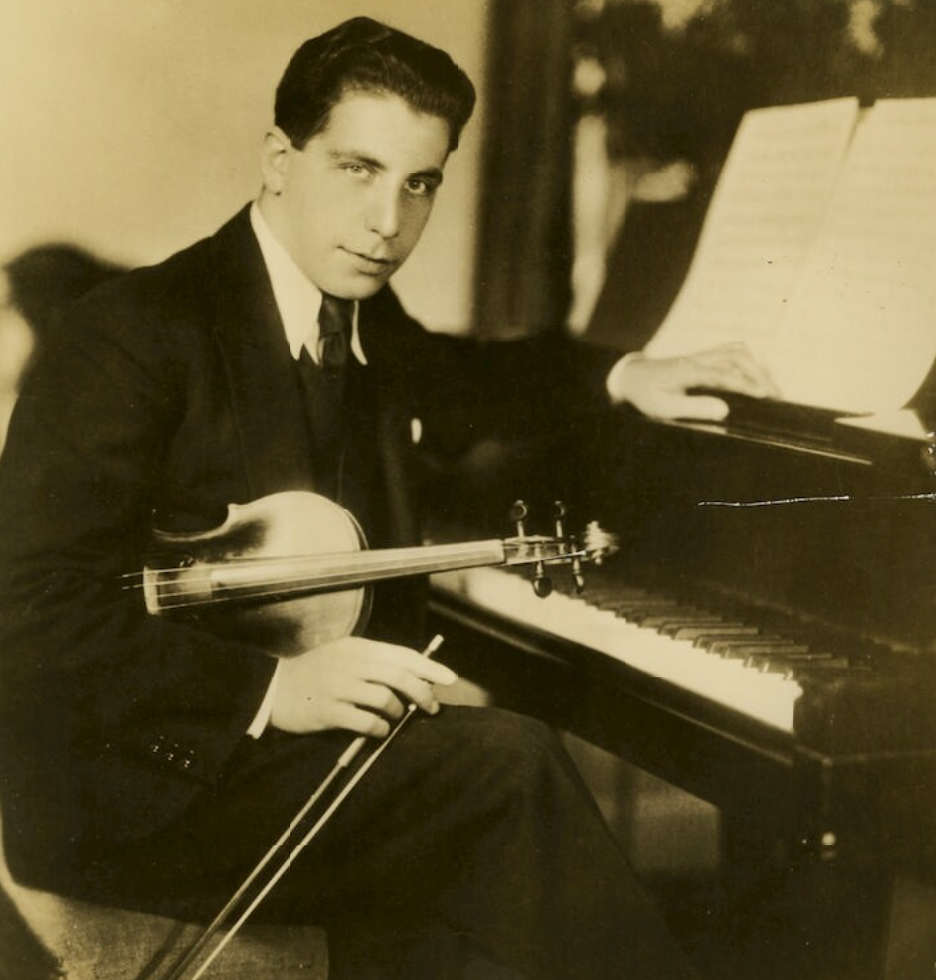 Roman Totenberg was born in Poland in 1911 and died in the United States in 2012, a 101-year odyssey that was more an era than a lifespan.

His papers at the Library tell the story: A child prodigy on the violin who played on Moscow street corners to help his family survive famine after the Bolshevik Revolution, he later fled the Holocaust to become a virtuoso who played in the world’s greatest concert halls, alongside the century’s greatest composers and on hundreds of recordings.

He won major European music prizes, played for the Italian king, toured with legendary pianist Arthur Rubinstein and dined with President Roosevelt by the time he was 25. When he was 70, he was named the Artist Teacher of the Year by the American String Teachers Association. At 85, Boston University, his longtime teaching home, named him as the university’s top professor.

In his last days, former students — many of whom had been toddlers when he was old enough to retire — came to play for the maestro one last time. He beckoned to one after a bedside performance. Barely able to whisper, he said, “The D was flat.”

“He was a tender soul,” said Nina Totenberg, his daughter and NPR’s legal affairs correspondent, in a recent interview, “and a lot of fun.” 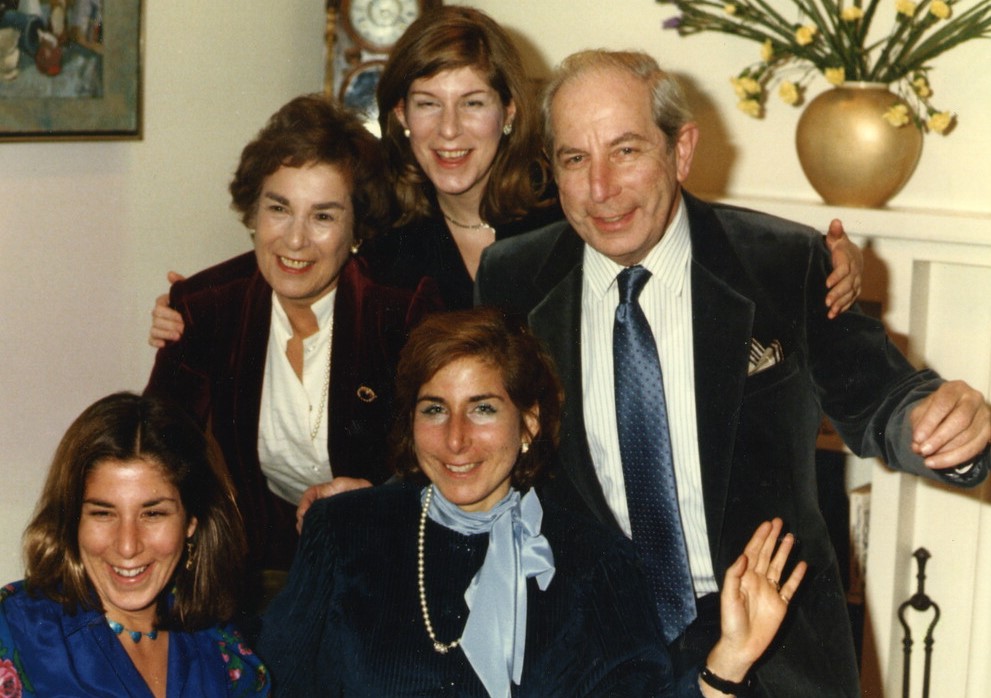 The collection of his papers forms a vibrant testament to the intensity, brilliance and creativity of one of the 20th century’s greatest violinists, given particular relevance during Jewish American Heritage Month.

His cosmopolitan story unfolds in family photographs, postcards, letters (including from Albert Einstein and Leonard Bernstein), handwritten notations on his sheet music, and dozens of his recordings. There are also surprises, such as the sketches, woodcuts and paintings of Ilka Kolsky, a close friend in pre-war Paris.

Amy Totenberg, another daughter and a senior U.S. District Court Judge in the Northern District of Georgia, said that their childhood in the artistic household was “normal, but charged with a great sense of my father’s musical world and adventurous life that swept us up too. Our parents’ loving embrace of life was infectious.” 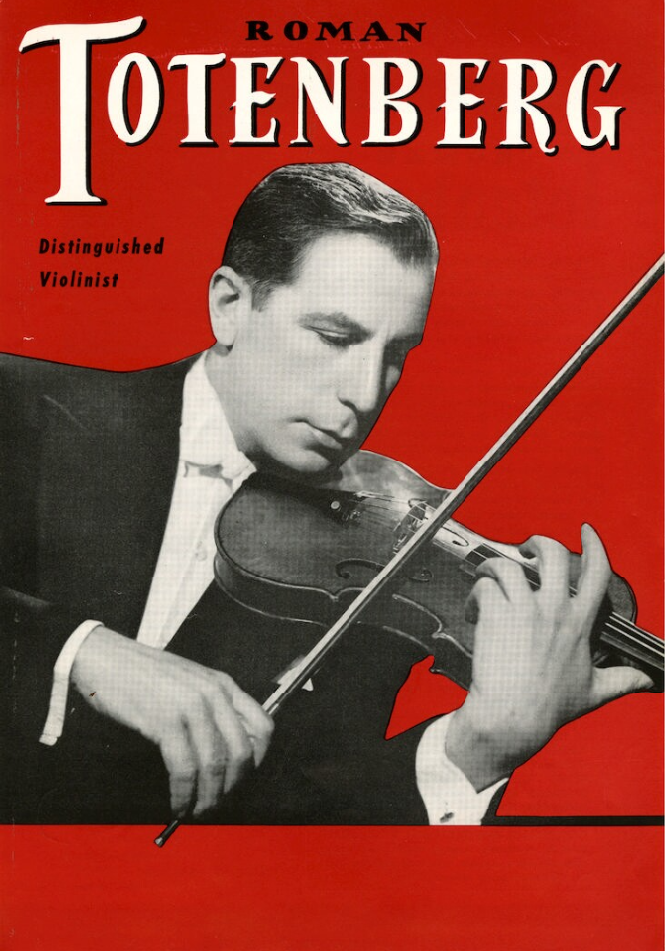 Roman Totenberg’s remarkable life began in Lodz, a small city in what is now Poland. But in 1914, during World War I, the family had to flee a German invasion of the territory, moving to Warsaw. His father, Adam, was an engineer and architect, soon moved the family to Moscow to work on railroads and hospital projects.

As it happened, the Totenbergs moved in next door to the concertmaster of the Bolshoi Orchestra. The man took an interest in young Roman, sometimes serving as his babysitter, and was amazed by the boy’s proficiency on the violin. Roman, it became evident, had perfect pitch. After the Bolshevik Revolution, when the nation fell into starvation-level poverty and the borders were closed, he began playing on street corners, bringing home bread, butter and sugar. It was more than his father could provide, he said in later interviews.

Still, when he would march out on stage for larger shows, introduced as “Comrade Totenberg,” the audience laughed, he told interviewer Leon Botstein, president of Bard College.

“They … expected a big person,” he said, “so I was terribly offended and that’s my first memory of performing.”

The days were bleak. The family was so desperate for food that when a lame horse was put down, the whole neighborhood cut it up for food. The Totenberg family got the head. The young boy would always remember his mother knocking out the eyes before cooking it.

The family was finally able to return in May 1921 to Warsaw, capital of a newly independent Poland. Roman became a child star, making his debut with the Warsaw Philharmonic at 11. He moved to Germany while still a teen in order to study and perform. But in 1932, when he was 21, Hitler’s rise and the wave of antisemitism made it impossible to stay. “I saw that it was really coming; the SS beat up some colleagues and friends,” he told Botstein.

He lived and studied in Paris, returning briefly to Warsaw in 1935 after the death of his father, bringing his mother back with him. He was soon touring with Rubinstein (also a native of Lodz) in South America. He made his American debut late that year with the National Symphony Orchestra in Washington, a performance that drew six encores and an invitation to the White House.

He returned to the U.S. to stay in 1938. With World War II imminent, he got his mother, Stanislawa, on one of the last ships out of Portugal and brought her safely to the U.S.

The war years were pure anguish. His papers show the efforts he put into trying to get family, friends and relatives away from the Nazi death camps. His sister, Janina Ferster, her husband and child were trapped in Warsaw. He was able to get money to them, his papers attest, but he could not find a way to help them escape.

The Nazi regime sent the family to the Warsaw Ghetto, where Jews were held in an atmosphere of “fear, menace and terror,” his niece, Elizabeth, then a young child, later remembered at the 2016 Righteous Among Nations Awards ceremony.

Totenberg’s brother-in-law, Mieczyslaw, died in the ghetto on July 11, 1941, likely of typhoid fever. It was nearly a year before Ferster managed to send Totenberg a Red Cross postcard. Limited to telegram-like shorthand, using her husband’s nickname, the entire note reads:

“We are healthy. Mietek died 7/XI/41. The package I received. Send them more often. From here a few families left on the principle of exchange — What can you do for me. They were foreign citizens. Remember us.” 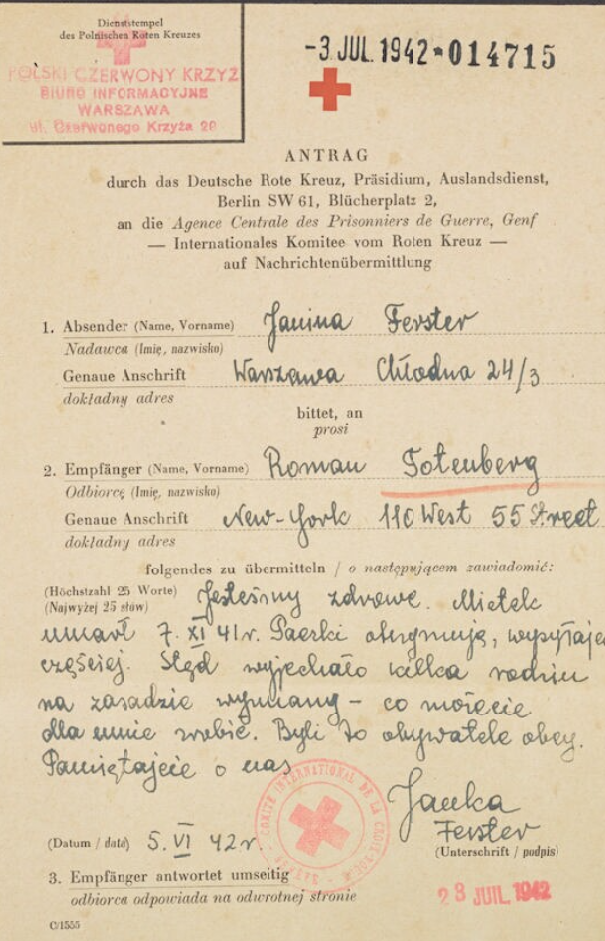 He did. And his name was so revered in Poland that when a local musician learned that his sister was trapped in the ghetto, he helped create false papers t o get her and her daughter out. Ferster and Elizabeth survived the rest of the war in Warsaw, moving from place to place, always a step ahead of the gestapo. After the war, Elizabeth lived with the Totenbergs, eventually settling in the United States.

Despite the agony and loss associated with the Holocaust and the war, Totenberg went on to establish a brilliant career as a performer and teacher, winning major prizes for both and becoming an international star. He worked with composers such as Bernstein, Samuel Barber, Igor Stravinsky and Aaron Copland.

He performed with most of the world’s major orchestras and appeared on hundreds of recordings. He bought the Ames Stradivarius violin and performed with it for decades, until it was stolen from his office in 1980. It was recovered after his death — a young musician had taken it — and returned to the family by the FBI.

His wife, Melanie, was also his secretary, part-time promoter and served as an extra set of ears at recording sessions. They raised three daughters, all of whom went on to successful careers (Jill Totenberg is the chief executive officer of a corporate communications firm in New York). The household was lively, but he demanded manners at the dinner table. He worked and performed into his 90s — even jumping on a grandchild’s bicycle at that age to show her how to ride it – and taught until the day he died.

“He was so engaged in all that he did and the world at large,” Amy Totenberg said. “He was a man of endless talent, love, brilliance, charm, and humanity.” 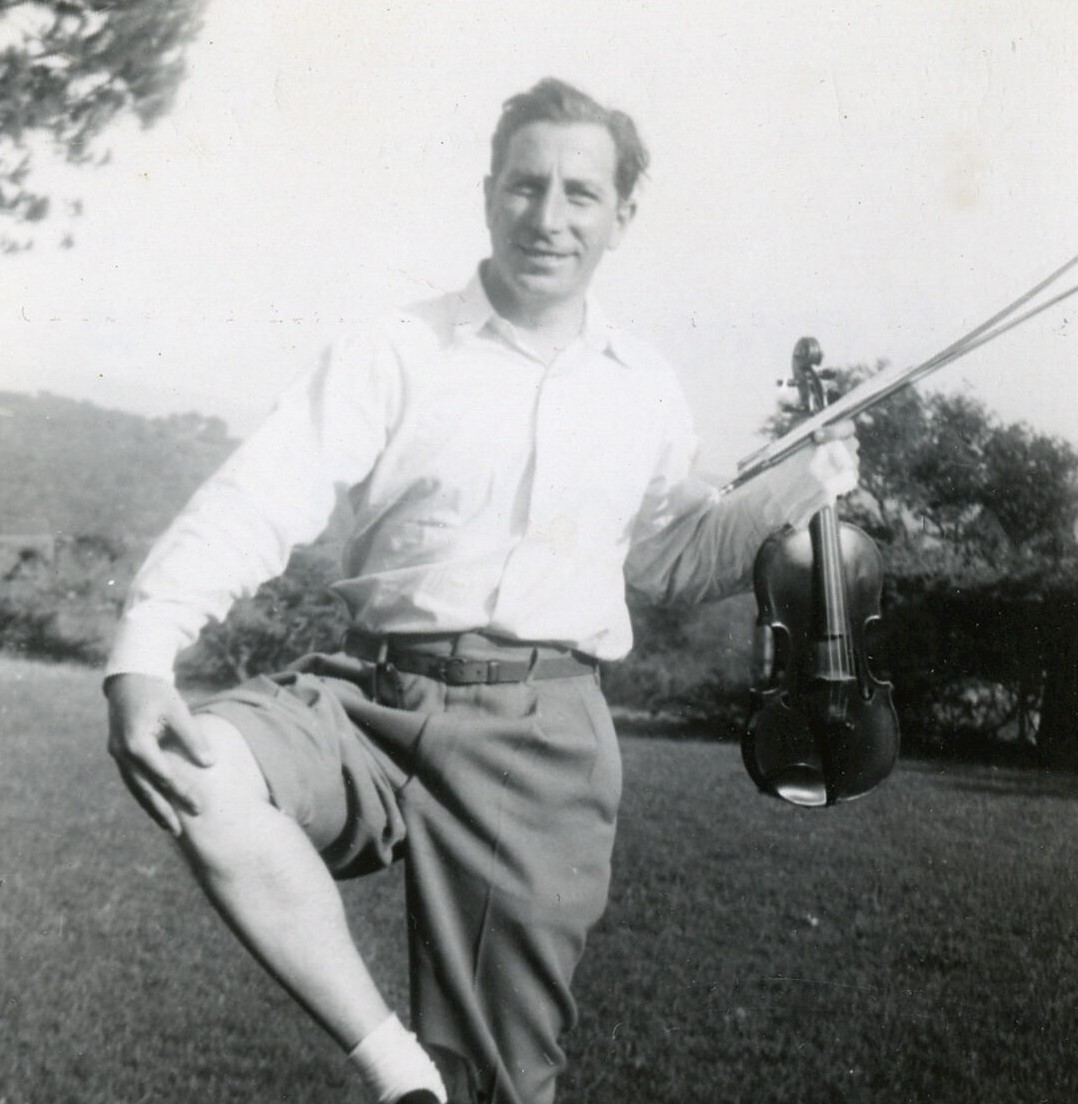 Subscribe to the blog — it’s free! — and the largest library in world history will send cool stories straight to your inbox.