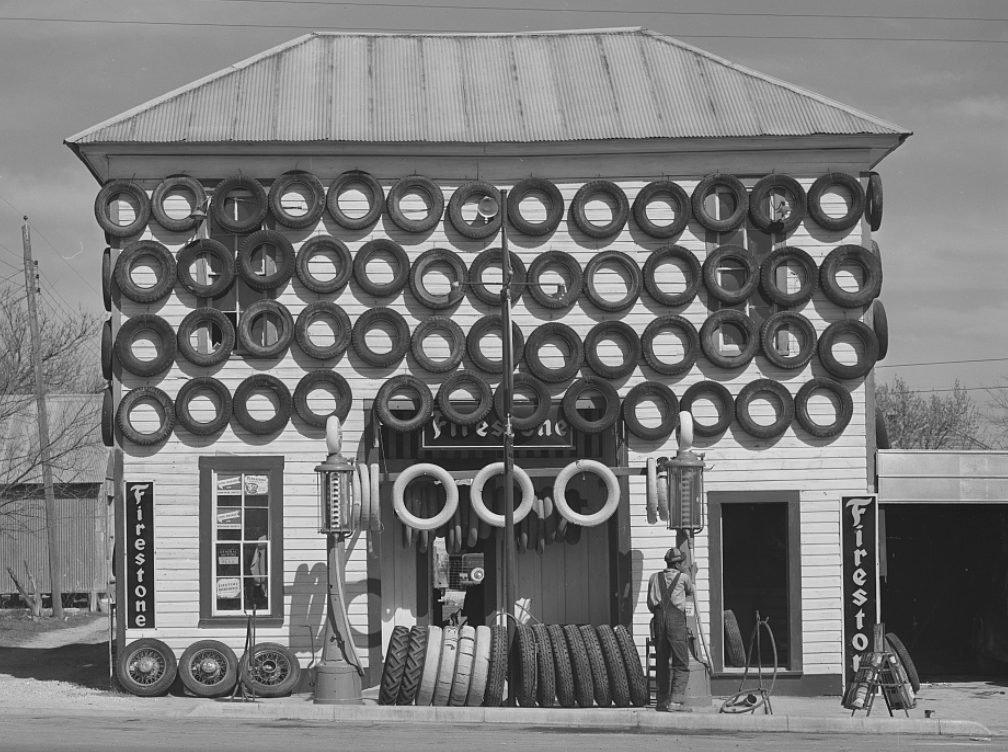 “Secondhand Tires for Sale,” a photograph by Russell Lee. Prints and Photographs Division.

This is a guest post by Leah Knobel, a public affairs specialist in the Office of Communications.

Russell Lee’s photographs are mainstays in popular culture, though you may not be able to match his name to his work.

Stephen Colbert featured Lee’s iconic shot of a young Black man drinking from a water cooler marked “colored” on one of his “Late Show” monologues about racial injustice. Millions of “Cheers” viewers saw his photo of cheerful patrons in a Depression-era Minnesota saloon in the opening credits. Microsoft offered his 1939 photo of a Texas couple as a screensaver in its Windows 98 operating system. Here at the Library, we featured his photo of a homesteading couple as the cover photograph of a book and exhibition, “Bound for Glory: America in Color, 1939-1943.”

But while Lee’s work is widely known, his story has remained more elusive. A new biography, published by Liveright in association with the Library, establishes Lee as one of the most influential documentary photographers in American history.

In “Russell Lee: A Photographer’s Life and Legacy,” historian and archivist Mary Jane Appel examines the paradoxes of Lee’s dual status as an independently wealthy man and the most prolific photographer of the Great Depression. It’s the second book the Library has helped to publish on his work; “The Photographs of Russell Lee,” a paperback, was published in 2008 with an introduction by historian and author Nicholas Lemann. 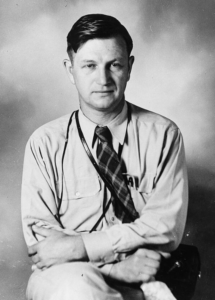 Of the 63,000 prints in the Library’s Farm Security Administration (FSA) Collection, which pictures American life between 1935 and 1942, Lee created 19,000 — more than twice the amount of any other FSA photographer. He was the longest tenured and most widely traveled of all the photographers on the legendary FSA team — which included Dorothea Lange and Walker Evans. Living out of his car, Lee photographed life in 29 states between 1936 and 1942.

The more than 100 photos included in the biography demonstrate Lee’s talent for capturing images emblematic of early 20th century concerns, including the ecological catastrophes of dust storms and floods, the population shift from rural to urban areas, discrimination against racial and ethnic groups and life on the home front during World War II.

This first comprehensive biography of Lee reveals a man both compelling and complex, a wealthy white man whose focus on society’s ills, particularly those that targeted the poor and people of color, resulted in a body of work that continues to be recognized for its resonance and relevance.

You can buy the book at any retailer. Hardcovers are available for purchase from the Library Shop at library-of-congress-shop.myshopify.com/. 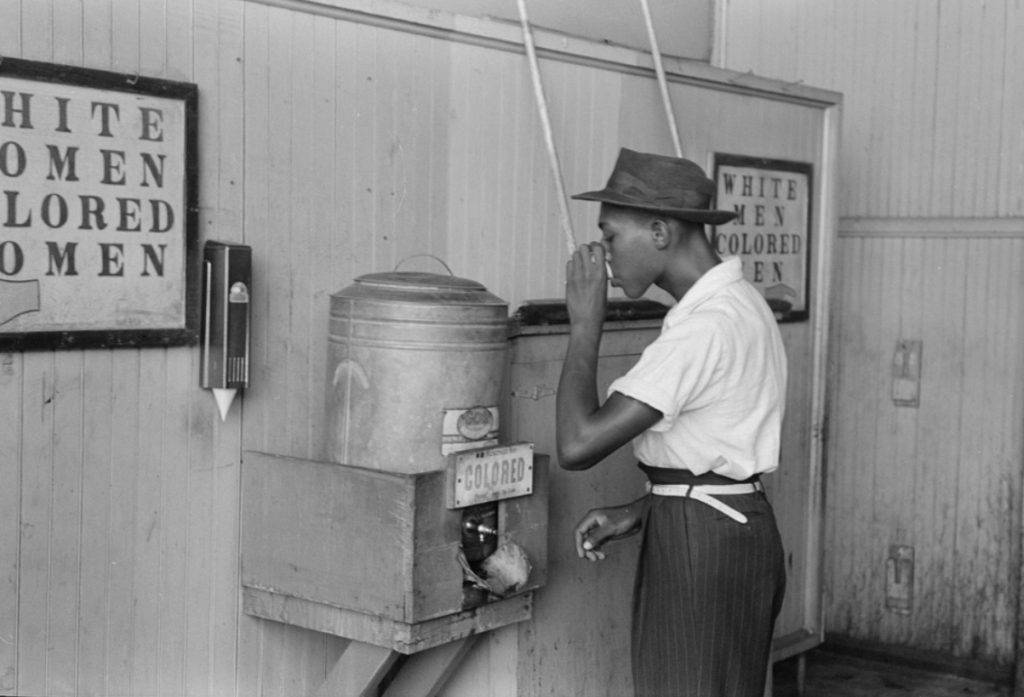 One of Lee’s most famous photographs. Oklahoma City, 1939. Prints and Photographs Division.