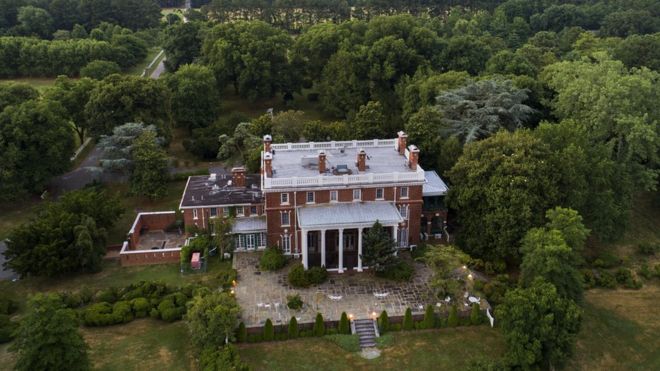 Russia has been pressing demands that the US give it access to two diplomatic compounds seized in the US last year.

After high-level talks between both sides, one Russian official involved said the row had “almost” been resolved.

Russia has been angered by the move, with Foreign Minister Sergei Lavrov calling it “daylight robbery”.

In December the US expelled 35 Russian diplomats and shut the compounds over suspicions of meddling in US elections.

Mr Ryabkov sounded upbeat after three hours of talks with the American diplomat.

He was asked by reporters if the spat over the diplomatic compounds had been settled, and he replied: “Almost, almost.”

US officials did not comment and there has been no official press briefing.

The meeting was meant to have been held in June in St Petersburg, but was cancelled after the US government added 38 individuals and organisations to its list of sanctions over Russian activity in Ukraine.

Before the talks Russia made clear it was demanding restored access to the facilities.

“We consider it absolutely unacceptable to place conditions on the return of diplomatic property, we consider that it must be returned without any conditions and talking,” Kremlin spokesman Dmitry Peskov said.

Mr Lavrov said that this was not the way…