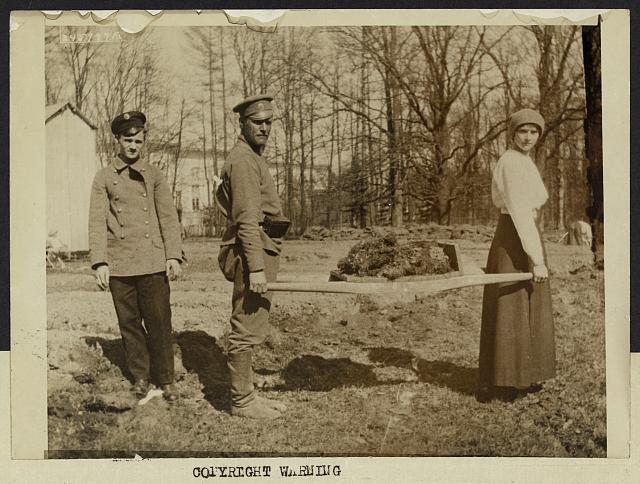 A daughter of the Romanov family transports sod in one photo, aided by a soldier; in another, her father, the deposed Russian czar, paces in front of a house in Siberia where the imperial family was held after the revolution in 1917 that toppled its dynasty. The grainy black-and-white images underscore how far the Romanovs fell from their days atop an empire—and also offer a window on the last days of a family whose story has intrigued the world for a century now.

Grand Duchess Tatiana, one of the four daughters of the deposed Russian czar, transports sod on a stretcher in May 1917 with assistance from a soldier. She is helping her family plant a kitchen garden.

Discovered a decade ago, the two images in this blog post are part of a group copyrighted in 1921 by Underwood and Underwood, a firm that sold news photos. A college student participating in the Library of Congress Junior Fellows Summer Intern Program discovered them while inventorying the contents of files containing uncataloged deposits submitted with historical copyright applications. The photos were scanned and posted online by the Prints and Photographs Division, joining seven others already available.

Some photos in the group are believed to have been taken by Pierre Gilliard, a tutor who stayed with the imperial family during much of its detention. He composed a narrative that is attached to several of the original photos. It explains that the Romanovs were detained from March 1917 until August 1917 at Tsarskoye Selo, an estate that had belonged to them. They occupied their time with religious activities and walks in the park under close watch by guards. Gilliard continued to teach lessons, assisted by the czar and czarina. 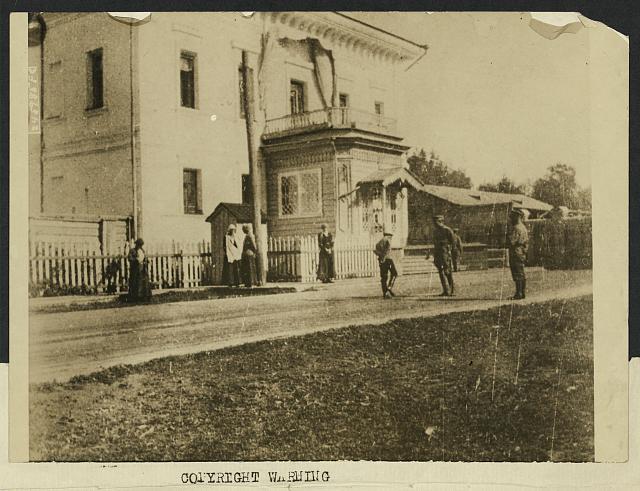 The czar and his children in front of Governor’s House in Tobolsk, Siberia, where they were held captive from August 1917 to May 1918. The four figures to the left are the grand duchesses; the boyish figure in the center is the czarevitch, the imperial heir. The figure on the far right is the czar.

“On the 13th day of May,” Gilliard wrote, “the family decided to change the lawn, near the residence, into a kitchen garden. All were enthusiastic and everybody, family retinue, servants, and even several soldiers of the guard joined the work. . . . In June, the results of their labor were clearly shown, for all kinds of vegetables had grown, including 500 cabbages.”

In August 1917, the Romanovs and their retinue were moved to Tobolsk, Siberia, where they remained until May 1918, when they were transported to Ekaterinburg in the Ural Mountains. The entire family and four retainers were executed there in July 1918.

On August 1, 2007, framed facsimiles of the newly found photos were presented to former Librarian of Congress James Billington, a Russia scholar, during an exhibition of items inventoried by the 2007 Junior Fellows interns. “This is an example of the power of discovering unexpected things in the Library’s collections,” he observed.