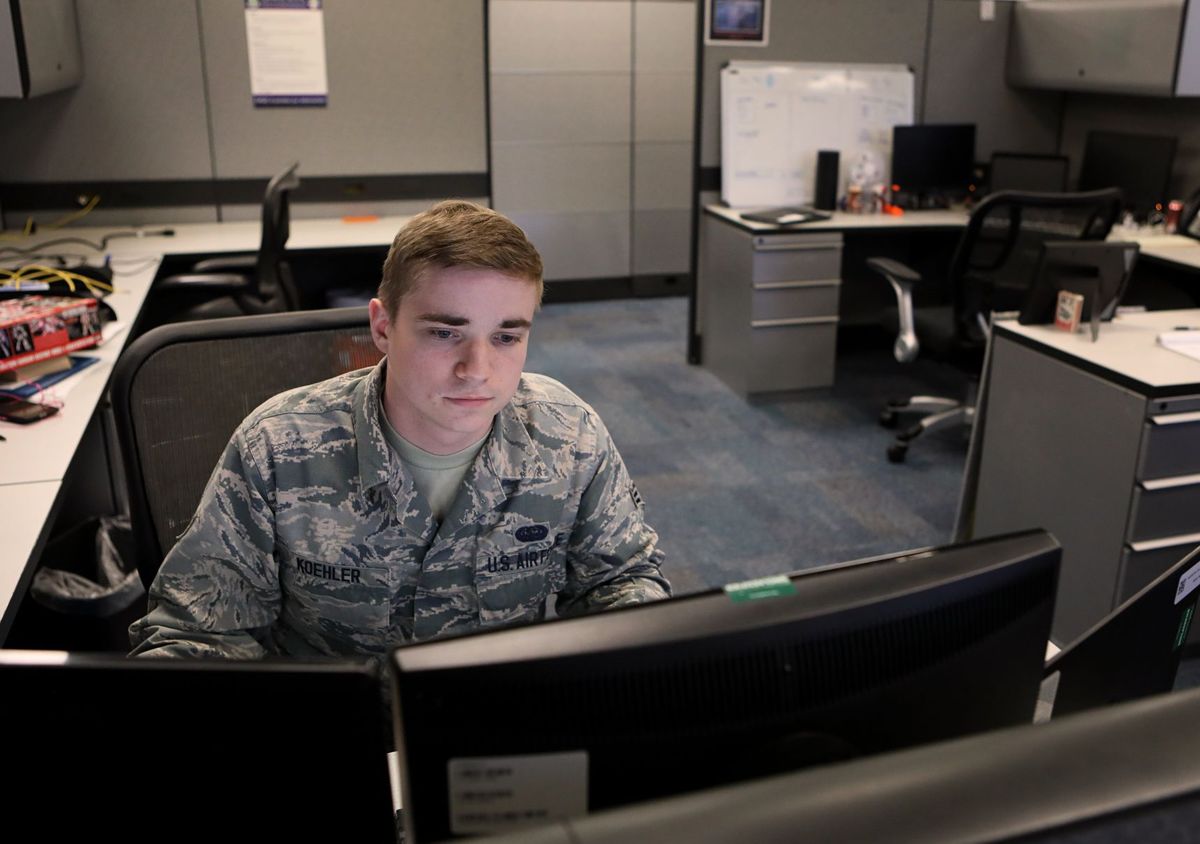 Over the last century, Scott Air Force Base has come a long way from training pilots to fly Curtiss Jennies in World War I and housing the military’s dirigibles.

While the base just east of Shiloh still houses aircraft, its function has evolved over the decades to a focus on logistics, communications and cybersecurity.

Today, the base employs about 12,500 people, making it the seventh-largest employer in the metro area, according to the St. Louis Regional Chamber. Hundreds more work nearby as contractors for the military.

The military’s U.S. Transportation Command is based there — it’s the central hub that directs troop and supply movement for the military across the world.

“That kind of logistics is pretty immense, and we’re lucky to have that supply chain logistics talent here,” said Ronda Sauget, executive director of the Leadership Council of Southwest Illinois.

With all that information running through Scott, it has ramped up its focus in recent years on cybersecurity. Three years ago, two additional cybersecurity squadrons with some 300 jobs were moved to the base, which already housed three cyber units. The Defense Information Systems Agency, which operates and defends the Defense Department’s information networks, completed its $100 million Global Operations Command on the base last year.

Except for the portraits of the military commanders, the hallway leading to a workspace of software programmers and application developers looks much like any other office corridor. Old military posters tell some of the history of Scott’s focus on communications and information technology, from its role in training radio operators in World War II to warnings about hackers in the early days of computers.

Young Air Force programmers often make their way through Scott, where they…