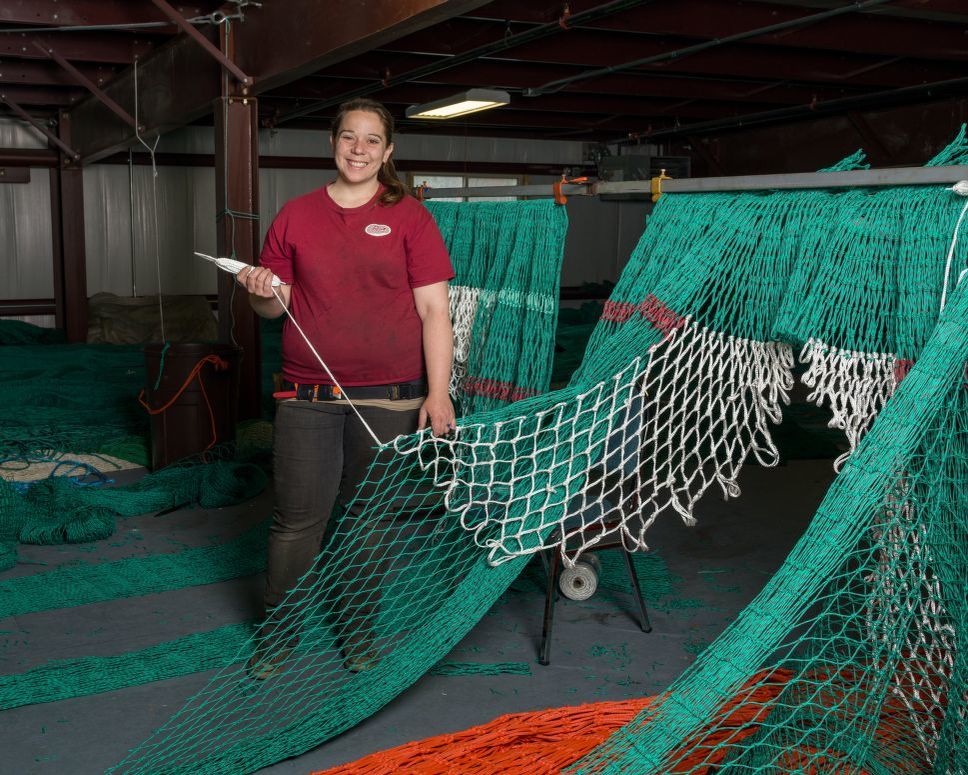 This guest post by John Fenn, head of research and programs at the American Folklife Center, originally appeared on the center’s “Folklife Today” blog.

The Library’s American Folklife Center continues to bring voices of workers throughout the country to listeners with the second season of our “America Works” podcast. Each 10-minute episode of “America Works” introduces listeners to an individual worker whose first-person narrative adds to the wealth of our shared national experience. The first episode is now available on Apple Podcasts, Stitcher and at loc.gov/podcasts. Subsequent episodes will be released each Thursday through June 3, 2021.

This season of “America Works” reflects the occupational and regional diversity that characterize the entirety of the Occupational Folklife Project’s collection. In the season’s first episode, listeners are introduced to Sarah Fortin, a fish net maker in New Bedford, Massachusetts, one of the country’s most important fishing ports. Among other things, Fortin discusses gaining the necessary skillset for her trade and the challenges she faced as a young woman in a largely male-dominated work environment:

There’s been a bit of a struggle here and there with some of the old-timers because they don’t, they’re just not used to seeing a woman that knows as much about the twine and stuff. I’ll get that little, like, ‘Damn, you’re really going for a girl. Like, look at you!’ You know? Stuff like that, but it’s all positive. 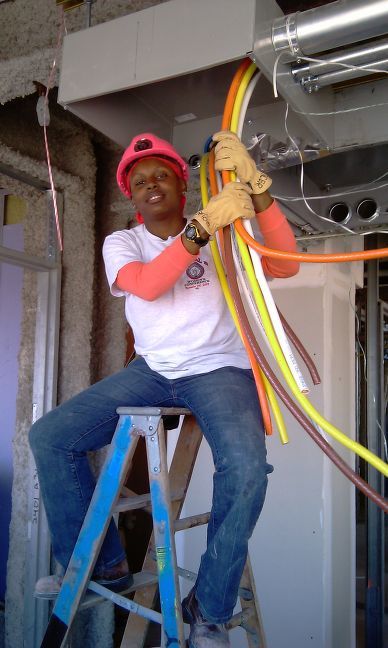 Other featured workers of the season include Kim Spicer, an electrician and journey wire-woman, and a proud member of The International Brotherhood of Electrical Workers (IBEW), Local #3, in Queens, New York. Jennifer Sgro is a nurse practitioner who provides treatment to residents of Chicago for the nonprofit The Night Ministry’s outreach bus, which travels to different low-income neighborhoods every evening. Mike Peabody of Montpelier, Vermont, is a garbage man who also leads the New England community’s recycling program.

These eight new episodes join those from the first season of “America Works,” which launched in August 2020. The first season is available on Apple Podcasts, Stitcher and at loc.gov/podcasts.

In addition to producing the podcast, AFC staff have also been active in recent months adding collection materials to the Occupational Folklife Project site. There are now nineteen individual project collections available, including full interviews, transcripts or logs, and photographs or video (when available). Explore these newly uploaded collections (direct links in collection titles)!

The Green Book: Documenting African American Entrepreneurs: In 2018, independent scholar and documentarian Candacy Taylor received an Archie Green Fellowship to document contemporary business owners and employees who work for more than a dozen still-active businesses that were listed in The Green Book, a historically significant travel guide published between 1937 and 1967. The Green Book listed businesses—e.g., restaurants, hotels, barbershops, taverns, drug stores, and garages—that welcomed African American customers. Only 3% of the 9,500 businesses listed in The Green Book are still in operation and Taylor traveled across the United States to interview their current owners and employees. The interviews explore the histories of these ongoing establishments, their strategies for staying in business, and the business’s current relationships with their changing communities. In addition to checking out this collection, listen to a recent episode of AFC’s Folklife Today podcast that featured a conversation with Candacy Taylor about her work with Green Book businesses.

Fresh Produce Workers in Arizona: In 2015, folklorist Nicholas Hartmann and the Southwest Folklife Alliance in Tucson, Arizona, interviewed workers involved with the sale, distribution, and transportation of fresh produce that enter the American food supply through the city of Nogales on the United States-Mexico border. For generations, Nogales has been a major commercial hub for the marketing and distribution of fresh fruits and vegetables grown in the southwestern United States, Mexico, and Latin America. Hartman interviewed a wide variety of workers—from produce brokers to truck drivers to customs inspectors to multi-generational business owners—involved in the Nogales’ century-old fresh produce industry. The 22 in-depth oral history interviews in this collection also examine how social, economic, and technical changes are impacting life and work along the Arizona-Sonora borderland.