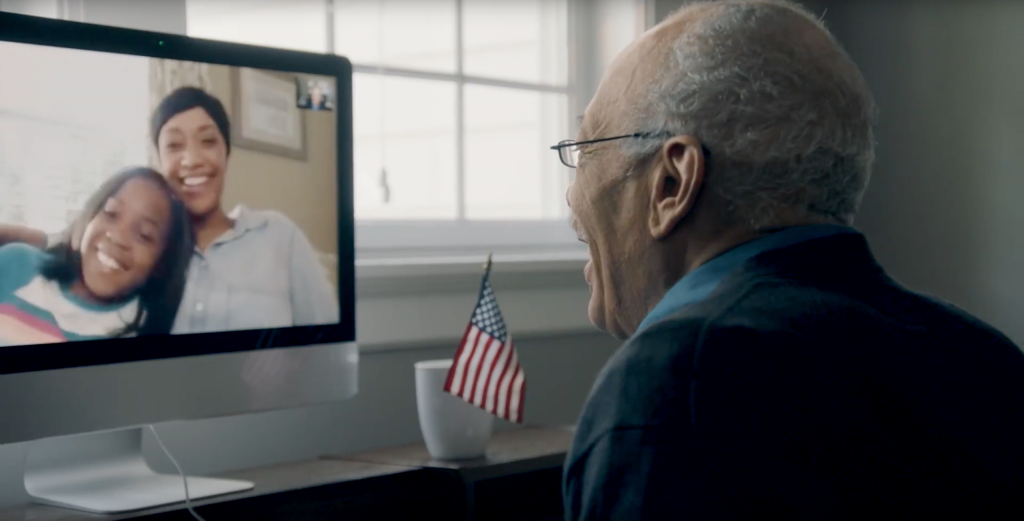 This is a guest post by Benny Seda-Galarza of the Communications Office.

Family members in the recently launched ad campaign of the National Library Service for the Blind and Physically Handicapped (NLS) react with joy at being able to share a reading experience thanks to a digital NLS audio book.

From braille to audio books, the National Library Service for the Blind and Physically Handicapped (NLS) has embraced technological innovations throughout its 85-year history to allow people with visual impairments and other disabilities to read texts all over the world.

NLS is a free braille and talking book library service for people with low vision or blindness or a physical disability that prevents them from reading or holding the printed page. Through a national network of cooperating libraries, NLS circulates books and magazines in braille and audio formats by postage-free mail or instant download.

NLS Talking Books traces its beginning to March 3, 1931, when President Herbert Hoover signed the Pratt-Smoot Act into law. The legislation authorized the distribution of embossed braille books through a network of regional libraries, administered by the Library of Congress. Two years later, the act was amended to include recorded books. 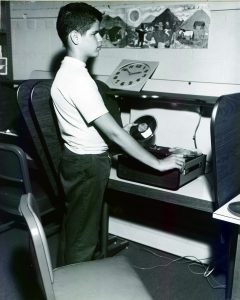 In 2009, as we transitioned into the digital era, digital talking book players started replacing analog cassette players. Now, all new NLS audio-book titles are produced on easy-to-handle digital cartridges that are about the same size as a cassette. Digital talking book players offer high-quality sound, multilevel navigation and variable speed controls. Each cartridge has 1 gigabyte of flash memory, allowing an entire book—even the complete King James Version of the Bible—to fit on a single cartridge.

Available accessories for the talking books machines include amplifiers for readers with a significant hearing loss, headphones for readers in nursing homes and hospitals where speakers are not permitted and pillow speakers for readers who are confined to bed.

NLS audio-book titles are also available on the internet through the Braille and Audio Reading Download, a web-based service that provides access to thousands of special format books, magazines and music scores.

As part of the National Library’s commitment to its users, it recently launched a major outreach campaign to educate the public about the free services it provides to U.S. residents and American citizens abroad with visual impairments and other disabilities. 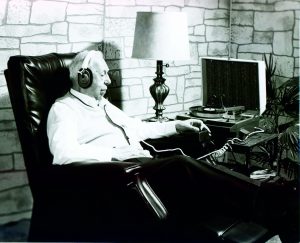 A patron listens to a talking book in the 1970s.

The campaign’s commercial, “Magical Moments,” tells the story of a little girl who wants to be an astronaut. When she realizes her grandfather, who has visual impairments, cannot read her favorite fictional book, “Astronaut Abbey,” her mother tells him about NLS, enabling the grandfather to read it by listening to an NLS audio book. Watch the commercial here on the Library’s YouTube site.

The NLS network includes more than 100 libraries that distribute digital audio and braille books to a readership of approximately 500,000. Additionally, patrons can choose from more than 320,000 titles in the NLS International Union Catalog.

NLS also has a National Music Collection, which includes braille and large-print musical scores, recorded instructional guides and recorded materials about music and musicians. The collection is the largest of its kind in the world and contains more than 22,000 titles.

Partnerships with state and local libraries allow NLS to offer services to individuals who are blind and physically disabled in every state, the District of Columbia, Puerto Rico, the U.S. Virgin Islands and Guam, as well as to U.S. citizens living outside of the country.

These services promote independence and wellness, offering a much-needed way for participants to enhance their lives by staying connected with the world through reading.

For information about how to apply for services, visit the NLS website.