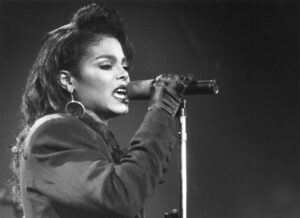 Brett Zongker and Leah Knobel of the Library of Communications media relations staff contributed to this story.

It was 1989, and Janet Jackson’s “Rhythm Nation 1814” hit the eardrums and radio airwaves like a dance track for a social-justice protest. The title track, “State of the World,” “Miss You Much” and “Escapade” helped set records for Top 1o hits off a single album. Its call for social action was one of the strongest in pop music since Marvin Gaye’s “What’s Going On.”

That album, with most tracks written and produced by James “Jimmy Jam” Harris III and Terry Lewis, helps headline the Library’s 2020 class of the National Recording Registry. The other 24 recordings now preserved for posterity as part of the nation’s history range from rap to opera to baseball to one of Thomas Edison’s first recordings.

“We wanted ‘Rhythm Nation’ to really communicate empowerment,” Harris said. “It was making an observation, but it was also a call to action.”

Highlights of the Class of 2o2o: Nas’ “Illmatic,” Louis Armstrong’s “When the Saints Go Marching In,” Jackson Browne’s “Late for the Sky,” Flaco Jiménez’s “Partners,” Franklin Roosevelt’s 1941 Christmas Eve radio address with Winston Churchill, Leontyne Price’s “Aida” and Kermit the Frog’s “The Rainbow Connection.” First timer: A podcast, a 2008 episode from “This American Life” about the mortgage crisis then sweeping the country.

“The National Recording Registry will preserve our history through these vibrant recordings of music and voices that have reflected our humanity and shaped our culture from the past 143 years,” said Carla Hayden, the Librarian. “We received about 900 public nominations this year for recordings to add to the registry.”

There are now 575 recordings on the registry, a tiny fraction of the Library’s 3 million sound recordings. 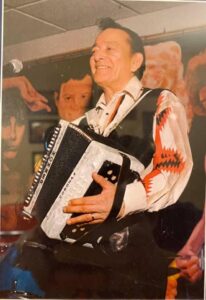 The contributions come from all over the nation, parts of the Caribbean and from earliest days of recorded sound. Jiménez, for example, has been playing his south Texas music since he was a kid in the 1940s, in both English and Spanish.

He heard his grandfather and father playing it. He picked up his signature instrument, the accordion, as a boy. Over a seven-decade career, he’s recorded his “energetic happiness” with some of the most accomplished country and pop musicians of the day, including Ry Cooder, Dwight Yoakam, John Hiatt, Linda Ronstadt and Los Lobos.

“People used to regard my music as cantina music, just no respect,” he said in a recent interview. “The accordion was considered something like a party joke…I really give respect to everyone who helped me out on this record and I’m flattered by this recognition.”

Jimmy Cliff brings Jamaica into this year’s list, with his acting and singing role in “The Harder They Come,” the first film produced on the island, in 1972. The soundtrack features six songs recorded by Cliff (“Many Rivers to Cross,” the title track, “Sitting Here in Limbo,”) and has been credited with taking reggae worldwide .

Going back to the early 20th century, songs by then-recent immigrants from Europe made the list. Hjalmar Peterson, a Swedish immigrant who settled in Minnesota, became a popular entertainer, including his hit “Nikolina.” Marika Papagika, a Greek immigrant, settled in New York City and became one of the most popular singers of the Greek-American community for years.

The first frog to be featured on the list showed up this year, too. Muppet fans know Kermit the Frog’s “The Rainbow Connection” from 1979’s “The Muppet Movie.” Songwriter Paul Williams, who wrote the music and lyrics with Kenneth Ascher, said the song is about “the immense power of faith.”

“We don’t know how it works, but we believe that it does,” Williams said. “Sometimes the questions are more beautiful than the answers.”

Kermit was excited by the news: “Well, gee, it’s an amazing feeling to officially become part of our nation’s history. It’s a great honor. And I am thrilled — I am thrilled! — to be the first frog on the list!”

The new class showcases one of the earliest recordings of an American voice by Thomas Edison in 1878, just months after he had invented his recording machine. It also captures the dramatic moment in baseball when Roger Maris broke Babe Ruth’s single-season home run record, and the soap opera “The Guiding Light” as it began on radio.

NPR’s “1A” will feature several recordings in the series on “The Sounds of America,” including interviews with Hayden and artists in the weeks ahead.

Musician Branford Marsalis credits Armstrong’s recording for making a previously regional song an international one. He recalled playing “The Saints” with his brother Wynton Marsalis while growing up in New Orleans.

“As kids in the late 1960s, Wynton and I learned it when I was still playing clarinet; Wynton playing the melody, and me playing the bass notes. … It’s the first song we played together,” Branford Marsalis said. “I can’t imagine New Orleans’ culture without this song. It is an indelible part of our history.” 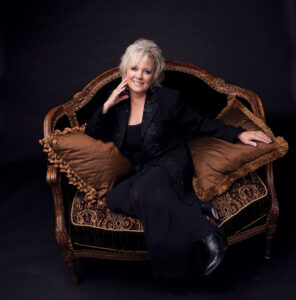 A new country selection for the registry adds the voice of Connie Smith, who has been called one of most underrated vocalists in country music — and who is greatly admired by her peers, including Dolly Parton.

“I never dreamed when I walked into RCA’s Studio B in Nashville on July 16, 1964, to make my first record that a song from that session called ‘Once a Day’ would become a hit,” Smith said.

The Library’s Packard Campus for Audio Visual Conservation in Culpeper, Virginia, works to ensure that the recording will be preserved. This can be either through the Library’s recorded-sound preservation program or through collaborative ventures with other archives, studios and independent producers.

The Packard Campus is a state-of-the-art facility where the nation’s library acquires, preserves and provides access to the world’s largest and most comprehensive collection of films, television programs, radio broadcasts and sound recordings.