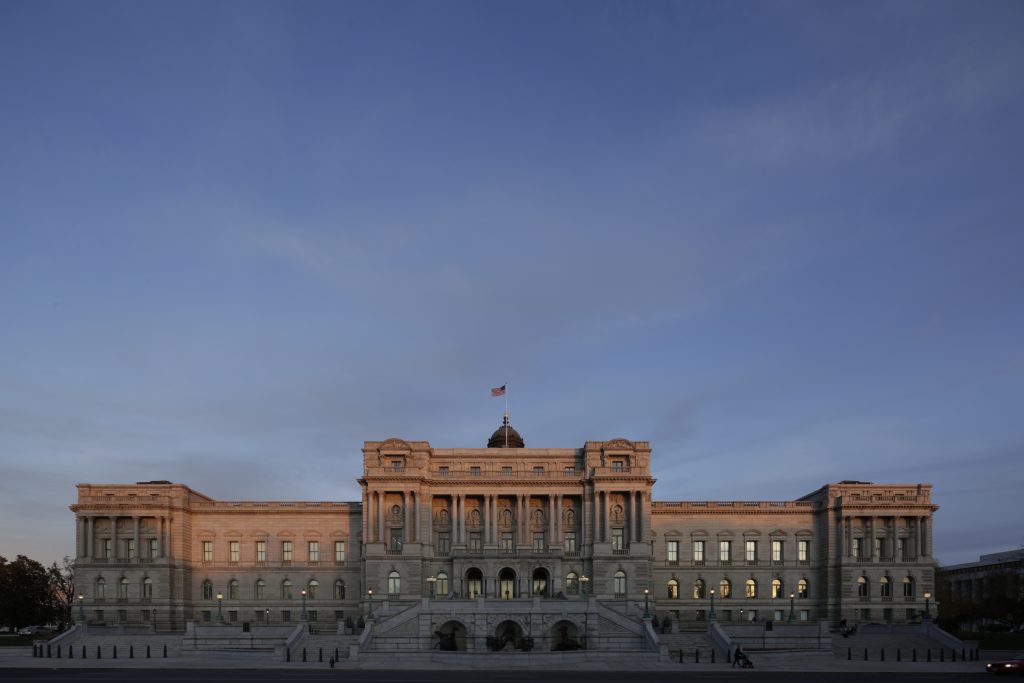 This is a guest post by Dan Turello of the John W. Kluge Center.

The Thomas Jefferson Building of the Library of Congress. Photo by Shawn Miller.

As James English describes in his 2005 book, “The Economy of Prestige,” like so much in our cultural history, the practice of awarding prizes can be traced back to the Greeks, who, in addition to creating the Olympics, introduced drama and arts competitions as early as the 6th century B.C. Since then, prizes across a panoply of disciplines have become a mainstay of cultural life. Not only have prizes endured into the contemporary age, their number continues to increase, as does their significance in the world economy.

There is a burgeoning literature on prizes too, including a 2009 report by McKinsey and Company, the global management consulting firm, giving us a comprehensive picture of how prizes function societally, how they can be put to work to encourage innovation, how they influence our cultural hierarchies and how they can help create communities of interest.

For example, there is a noteworthy historical tradition of prizes’ being used to solve technical problems. In “Longitude,” her 1995 book, Dava Sobel recounts how in 1714, the British government devised the Longitude Prize to incentivize the creation of an instrument to measure longitude at sea. John Harrison developed the marine chronometer as a result. Napoleon’s France regularly created prize competitions, too, under the auspices of the Society for the Encouragement of Industry, writes James Burke in “Connections.” Among the prizewinners, Nicholas Appert devised a way of preserving foods in sealed champagne bottles—a method helpful for military provisioning that also served as a precursor to the modern canning industry.

Other prizes exemplify values and help create community. The Kluge Prize finds its distinctive place in a constellation of major international prizes including the Nobel, the Holberg and the Berggruen. It draws its uniqueness from its location at the Library of Congress, nestled in the midst of the institutions of political Washington. It seeks to reward sustained study that leads to greater understanding of the human experience, with an emphasis on leaders and ideas that have shaped public life. It is not directed at solving an immediate or pressing technical problem. Rather it seeks to reward those whose scholarship and career have had broad cultural impact, inviting us to question a current state of affairs, giving us a greater sense of context, a more in-depth understanding of the historical forces that have shaped our culture, or perhaps an inspirational vision of what the future might look like.

On occasion, artists and thinkers have resisted the formality of awards they have perceived as potentially neutralizing because of their institutional nature. In “Greatness: Who Makes History and Why,” Dean Keath Simonton reminds us that on receiving the Nobel Prize, T.S. Eliot compared it to “a ticket to one’s own funeral.” More recently, Bob Dylan declined to attend his own ceremony for the Nobel Prize in literature.

Yet the tradition of American self-government has always valued the creative tension between groundbreaking ideas and their potential institutional embodiment. This is the fertile ground the Kluge Prize seeks to inhabit. The Kluge Prize, as the Library of Congress envisions it, places value on creating space for a continued cultural conversation. It rewards thinkers who have taken risks; enshrines the values of pluralism and constructive critique; and dedicates time and resources to shining a spotlight on ideas and careers that have had an impact on public affairs and that are of continuing value to cultural and political life.

On June 12, the Library will announce the 2018 Kluge Prize winner. Look to the Library’s website for an announcement.