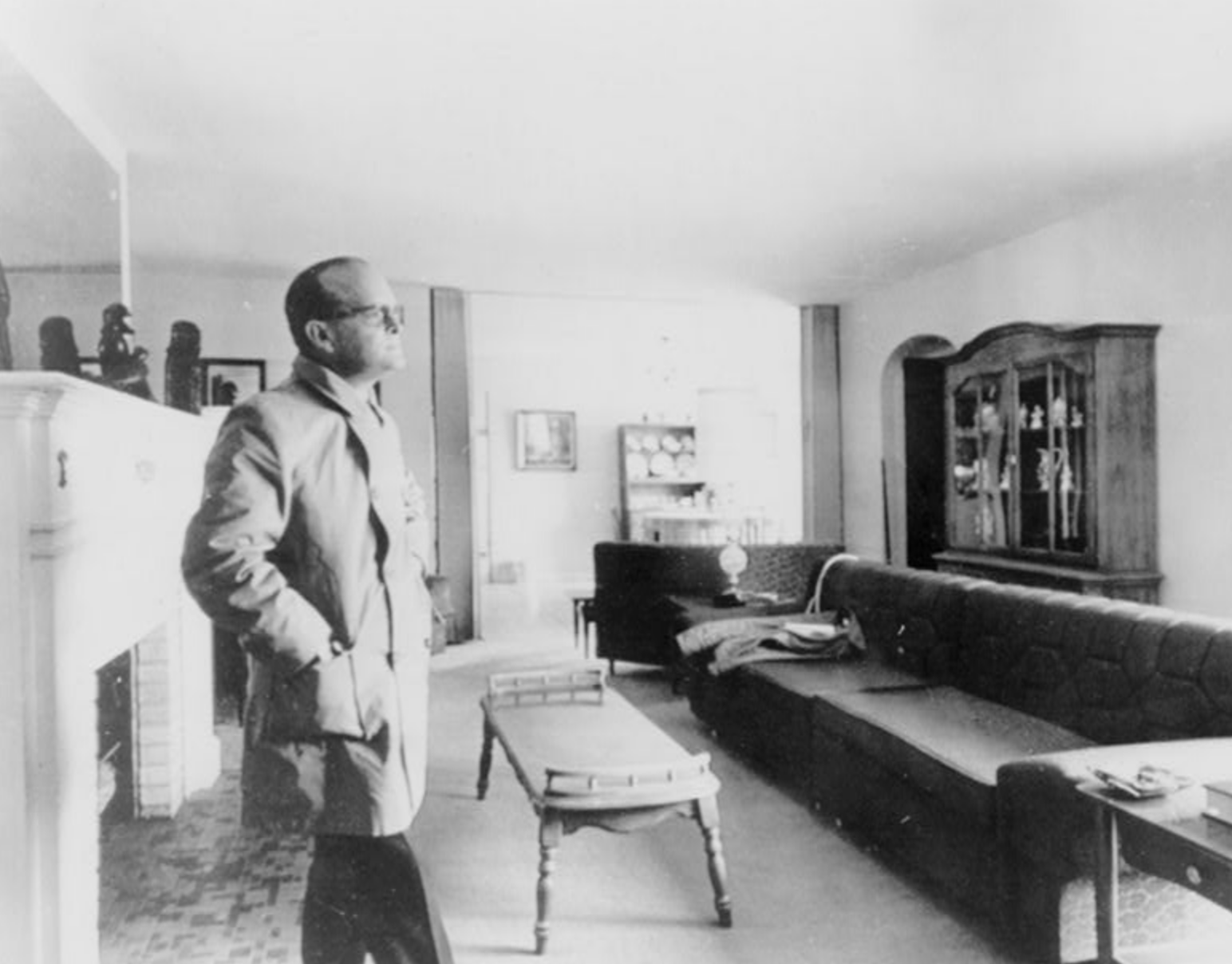 Truman Capote, one of the great bon vivants of American letters, gave the Library a trove of his early works in 1967, including some of notebooks, manuscripts and drafts of “In Cold Blood.” These come from his reporting of the 1959 murder of the Clutter family in Holcomb, Kansas. Going through these files today, you can see Capote working in the field, building his masterpiece.

Capote has been justly skewered over the years for his claim that the book was completely factual — more on that in a minute — but it’s still a stunning book, more half a century later, as beautifully written as it is emotionally disturbing. Andt time after time, details in the notebooks translate directly into finished prose.

“The village of Holcomb stands on the high wheat plans of western Kansas, a lonesome area that other Kansans call ‘out there.’ ” That’s his famous opening sentence. The book’s next two sentences refer to the nearby Colorado border and that the local men tend to wear boots and Stetson hats.

This is pulled from three scrawled lines from his first notebook: “Western Kansas and eastern Colorado ought to be one state. The town – remote, what the rest of Kansas calls ‘out there.’ Stetson hats.”

The notebook entry that gave Capote his famous opening line.

His notebooks reveal a sturdy, Journalism-101 approach that shows his careful, deliberate technique. In one passage, he lists questions about the crime: “Where were Kenyon’s glasses? Bloody footprints? Who shot who?” 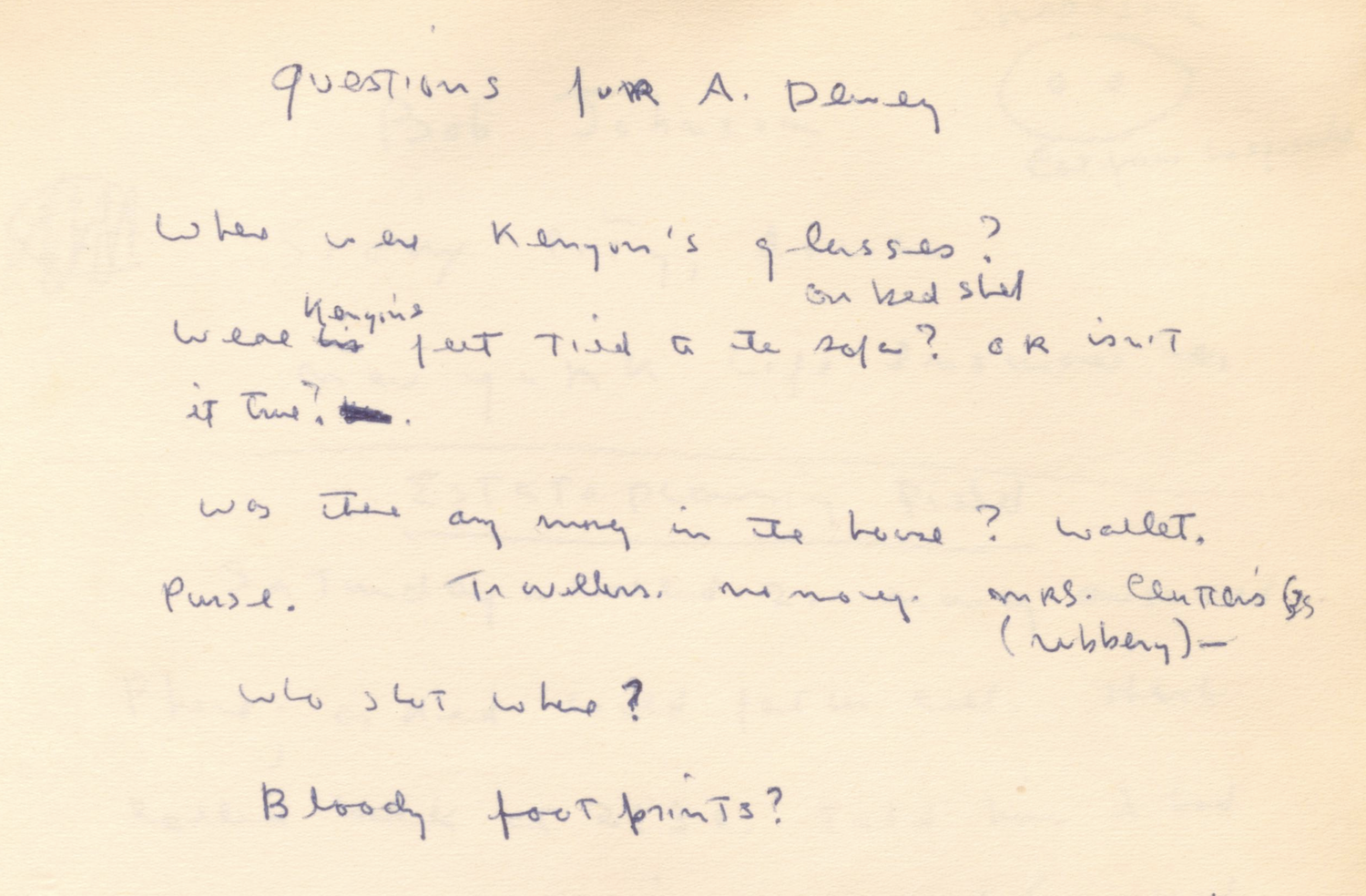 Capote’s initial questions for Alvin Dewey, chief of the investigation.

In another, he makes a sketch of a room in the Clutter’s house, indicating furniture positions. (All of these turn out to be key plot points.) The last morning of teenage Nancy Clutter’s life, she helped a little girl in town bake a cherry pie. Capote’s interview with the little girl’s family is in the notebooks. Over and over again, you can look from notebook to published page and see how it came together. 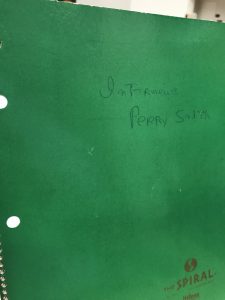 Gerald Clarke, whose 1988 “Capote: A Biography,” is still the definitive volume on the man, spent years interviewing Capote, researching at the Library, the New York City Public Library (which has the most of Capote’s materials) and in other collections. In a recent interview, he spoke about the copious nature of Capote’s research. “I myself have boxes and boxes (of Capote’s files), much of it, such as the letters from the killers, relating to ‘In Cold Blood,’ ” he wrote in an email.

But Capote’s notes also belie the licenses he took that made the book so controversial. He insisted the book was completely factual and that all of the book’s quotes were “transcribed verbatim” from conversations he had or that were related to him, In reality, he invented at least two scenes, including the poignant end of the book, which recounts a mythical graveyard conversation between one of the murdered girl’s friends and the detective who led the investigation. Further, rereading of the book now, while going through his notes from those days, shows that the long quotes that give the book its disquieting verisimilitude are suspect. They may be true to the sentiments people expressed, or to the general thread of their thoughts, but certainly are not set down “verbatim.” (There is an entire cottage industry built around debunking Capote’s claims of total accuracy, including contradictions from detectives who worked on the case and Clutter family relatives.)

For example, in one notebook, there’s a circled quote about the fear that swept through the tiny town after the slayings: “All we’ve got out here are our friends, there isn’t anything else.” In the notebook, it’s disembodied, tied to no one. But in the book, it appears, word for word, on page 70, buried in a half-page quote from waitress Bess Hartman, at Hartman’s Café, attributing it to a diner she overheard. In the notebook, the rest of her lengthy quote is nowhere to be found.

“All we’ve got out here are our friends…Detail, from Capote’s first notebook for “In Cold Blood.”

Capote, a novelist, screenwriter and staff writer at the New Yorker when he went to Kansas, took along one of his best childhood friends, Nelle Harper Lee, (who had just written, but not yet published, “To Kill a Mockingbird”) to help him report. On the inside back page of that first notebook, Capote, like many a roving reporter, kept an on-the-fly tab of his expenses. “Miss Lee, salary – $900” reads one line; another reads, “Advance to Nelle, $250.” It’s not a small sum; today, those sums would be be nearly $10,000, an extravagent sum for a reporter filing notes to a colleague. 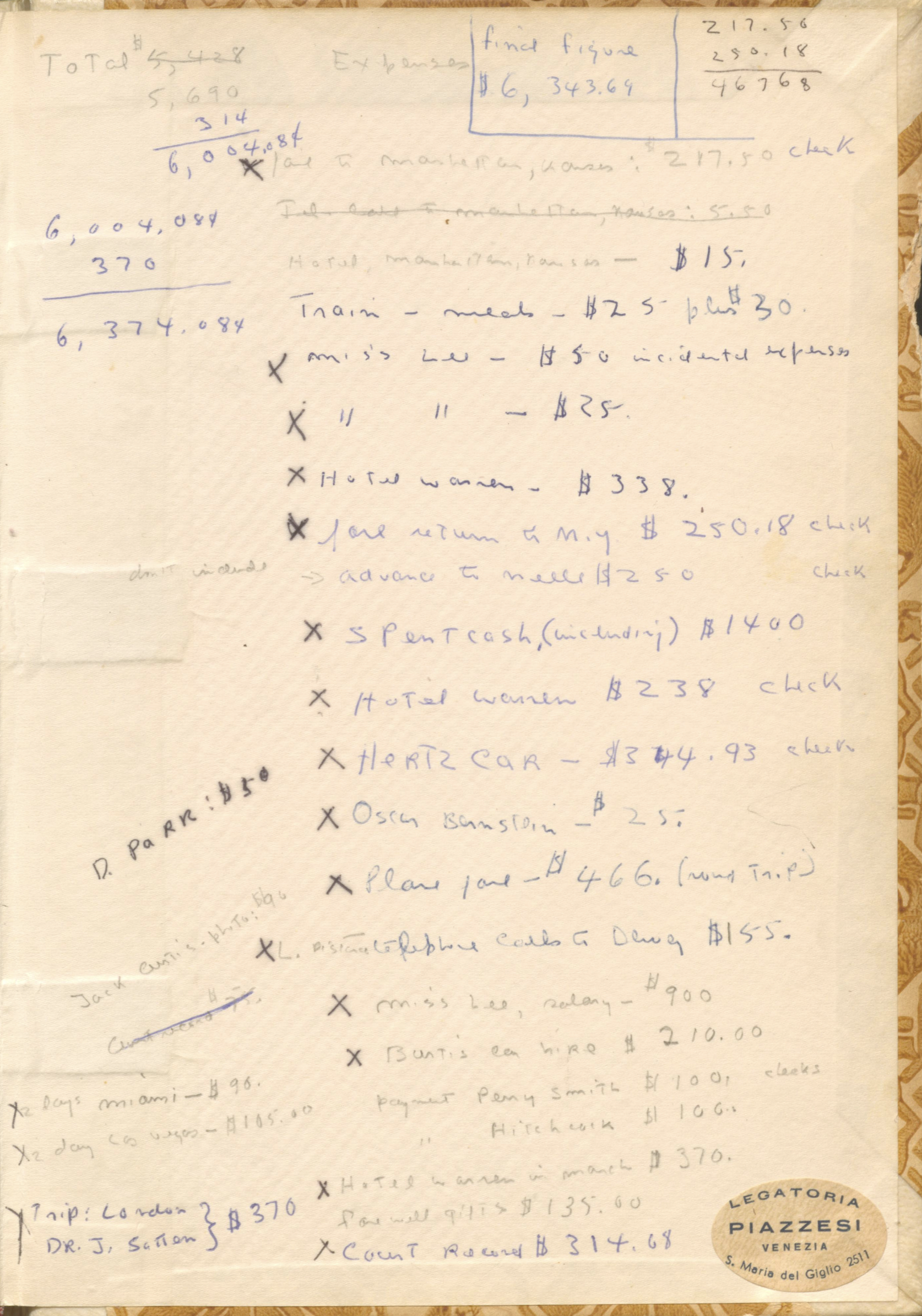 Capote’s expenses, on back page of notebook. Payments to Harper Lee and killers Hickock and Smith are near bottom.

And on the same page, two unsettling lines indicate he also paid the killers, Perry Smith and Dick Hickock, far more a couple of bucks for jailhouse cigarettes: “Payment Perry Smith $100 Hickock $100.” That’s no joke, either – that’s $900 each today, and a huge ethical line to cross.

It’s jolting lines like that which make the notebooks to “In Cold Blood” as fascinating a read as the book they support.