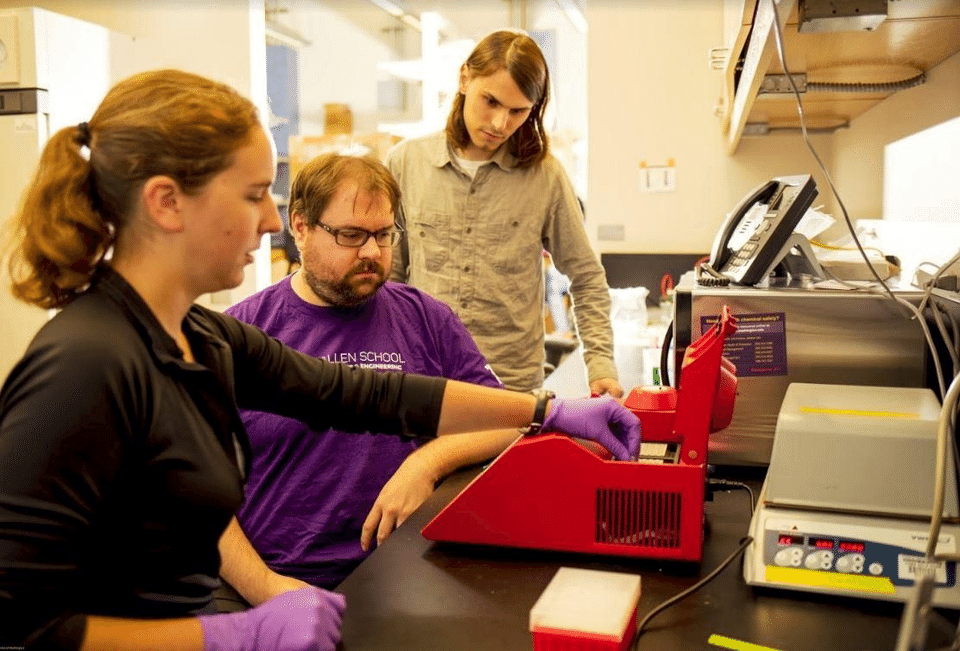 DNA is fundamentally a way of storing information. Usually, it encodes instructions for making living things—but it can be conscripted for other purposes. Scientists have used DNA to store books, recordings, GIFs, and even an Amazon gift card. And now, for the first time, researchers from the University of Washington have managed to take over a computer by encoding a malicious program in DNA.

Strands of DNA are made from four building blocks, represented by the letters A, C, G, and T. These letters can be used to represent the 1s and 0s of computer programs. That’s what the Washington team did—they converted a piece of malware into physical DNA strands. When those strands were sequenced, the malware launched and compromised the computer that was analyzing the sequences, allowing the team to take control of it.

“The present-day threat is very small, and people don’t need to lose sleep immediately,” says Tadayoshi Kohno, a computer security expert who led the team. “But we wanted to know what was possible and what the issues are down the line.” The consequences of such attacks will become more severe as sequencing becomes more commonplace. In the early 2000s, it cost around $100 million to sequence a single human genome. Now, you can do it for less than $1,000. The technology is not just cheaper, but also simpler and more portable. There are even pocket-sized sequencers that allow people to analyze DNA in space stations, classrooms, and jungle camps.

But with great ubiquity comes great vulnerability. DNA is commonly used in forensics, so if troublemakers could hack sequencing machines or software, they could change the course of an investigation by altering genetic data. Or, if machines are processing confidential data about genetically modified organisms, hackers could steal intellectual property.