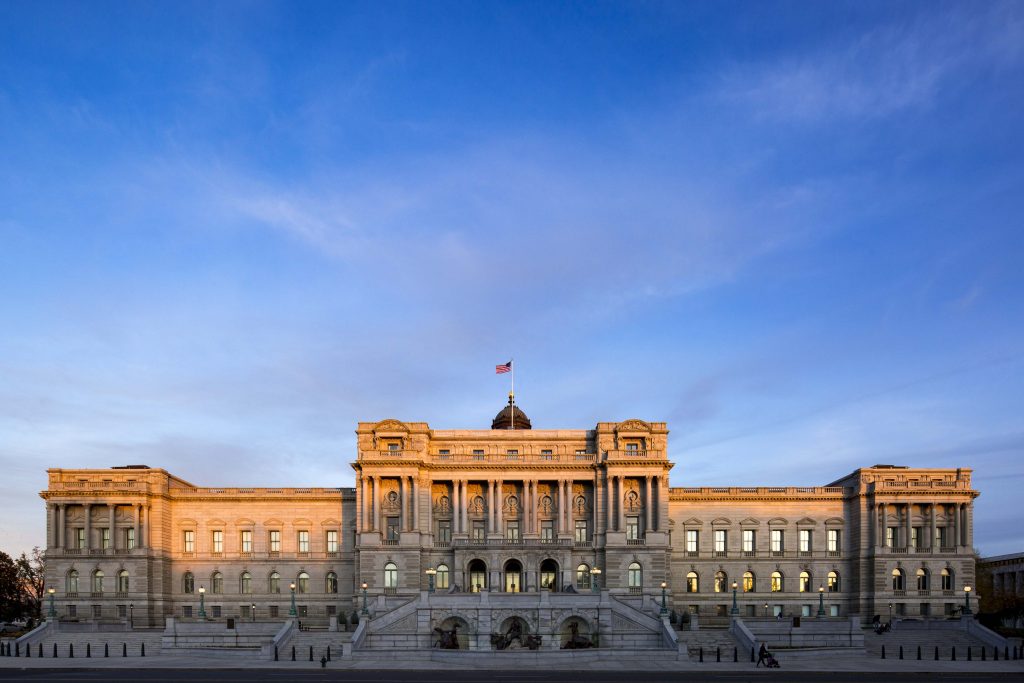 The Thomas Jefferson Building of the Library of Congress. Photo by Shawn Miller.

Today, the Library of Congress celebrates its 218th birthday. On April 24, 1800, President John Adams approved an appropriation of $5,000 for the purchase of “such books as may be necessary for the use of [C]ongress.”

The first books purchased were ordered from London and arrived in 1801. The collection of 740 volumes and three maps was stored in the U.S. Capitol, the Library’s first home. At the time, it was not yet much of a building—only its north wing had been completed.

From 1802 to 1805, the small collection was located in a room previously occupied by the House of Representatives. It was later moved to various places in the Capitol until August 24, 1814, when the British burned and destroyed the Capitol, including the Library.

To replace the loss, Thomas Jefferson in 1815 sold his personal library of 6,487 volumes—which was then unrivaled in America—to Congress. Sadly, a second fire on Christmas Eve of 1851 destroyed two-thirds of those volumes. But the Jefferson books nonetheless remain the core from which the Library’s present collections grew.

A little more than a decade later, Ainsworth Rand Spofford, Librarian of Congress from 1864 to 1897, took on the mission of transforming the fledgling Library into the nationally significant institution we know today.

Appointed by Abraham Lincoln, Spofford obtained approval in 1865 for adding two new fireproof wings to house Library materials, which he soon filled. Then the copyright law of 1870, whose passage he had supported, helped to flood the shelves with two copies of all copyrighted items—copyright owners who registered their works had to submit copies for the Library’s use. Spofford noted in his 1875 annual report that the Library was already out of shelf space, and he pressed Congress to approve his request for a separate building.

It took more than 20 years for Spofford’s great achievement to come to fruition—the majestic Thomas Jefferson Building opened its doors in 1897—but the struggle for its completion and its ultimate success brought the Library of Congress public attention and a new public role. 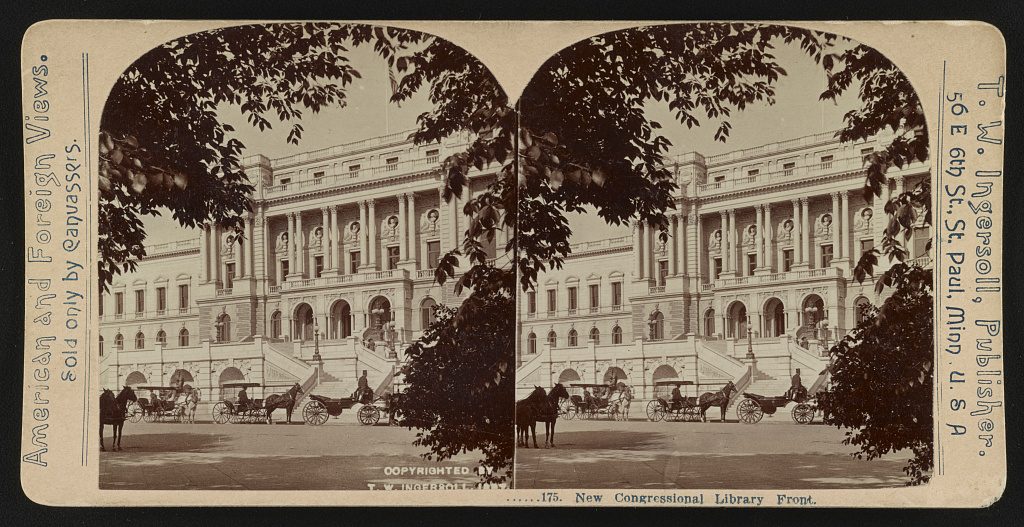 A stereograph card copyrighted in 1898 by T.W. Ingersoll shows the Thomas Jefferson Building not long after its opening.

The Jefferson Building was followed in 1938 by the John Adams Building and in 1981 by the James Madison Memorial Building. The Packard Campus for Audio Visual Conservation opened in Culpeper, Virginia, in 2007. The Library also stores and cares for collections in off-site storage facilities.

Today, the Library of Congress is the nation’s oldest federal cultural institution and the world’s largest library, with millions of books, recordings, photographs, newspapers, maps and manuscripts in its collection. It retains its original role as the research arm of Congress. But it makes its resources available to everyone, providing access to a rich, diverse and enduring source of knowledge to inform and inspire users of all backgrounds and ages in their intellectual and creative endeavors.

To find out more about us and explore our collections and resources, visit our website!