This post is adapted from an article in the Library of Congress Magazine’s November/December issue.

“The best pasta in Italy,” Thomas Jefferson opined around 1787, “is made with a particular sort of flour, called Semola, in Naples.”

It was the beginning of a short treatise on how to create a “maccaroni” maker, of which he would eventually have a similar one at Monticello. The man’s personal library formed the basis of what would become the modern Library of Congress, and his papers today reside in the Manuscript Division. They contain, among thousands of perhaps more significant things, this sketch for his proposed pasta machine.

Jefferson’s diagram for a pasta machine.

Throughout his life, Jefferson possessed an insatiable curiosity about technology and a compulsion to figure out how things work and to make them work better.

Jefferson designed, among many other things, a swiveling Windsor chair, a folding campstool, an improved plow, a revolving clothes rack, a folding ladder, an encryption apparatus and the great clock and mechanized double doors that still grace his home at Monticello. He even designed the portable lap desk on which he wrote the Declaration of Independence.

This rendering of a macaroni maker reveals a future president with an inquiring mind, an aptitude for mechanical things, a knack for technical drawing — and a foodie’s interest in the kitchen.

As U.S. minister to France from 1785 to 1789, Jefferson acquired a taste for continental cooking and, back in America, had his own cooks trained in the French culinary arts.

At home and in the White House, he liked to serve the best European wines and to dazzle guests with delicacies such as macaroons, ice cream and peach flambé — the delectable fruits of an inquisitive spirit and practical mind. 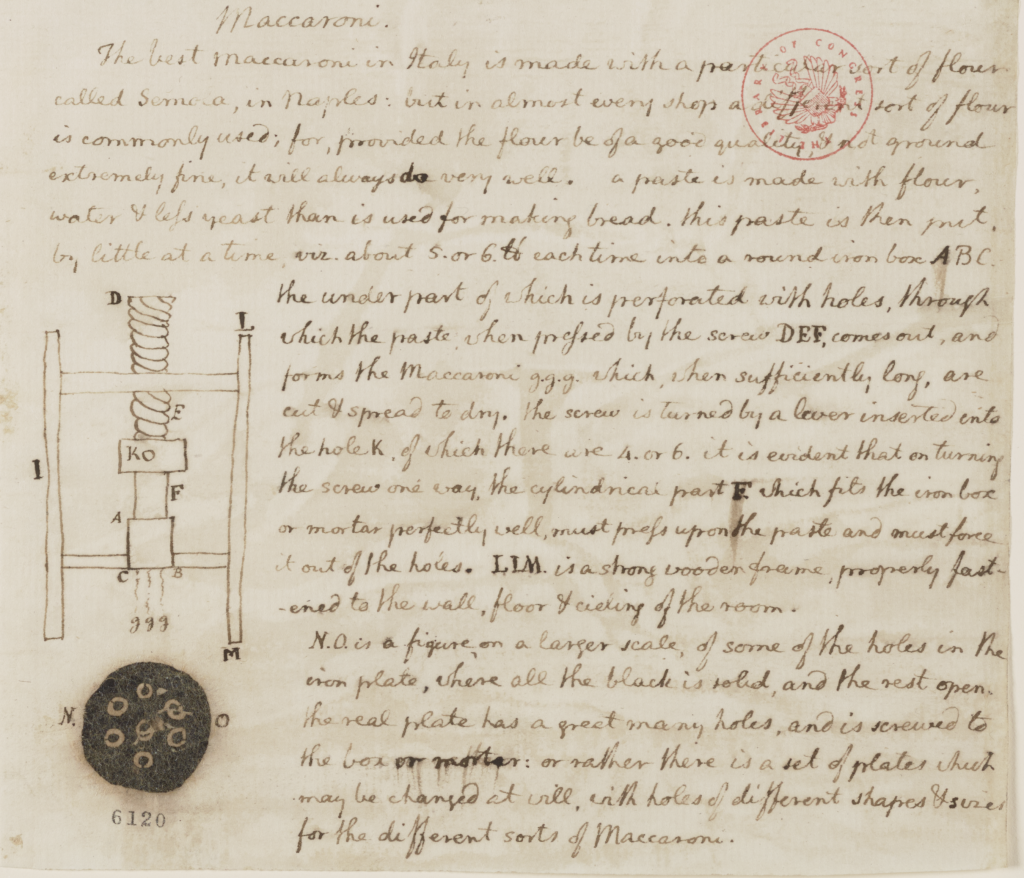 Jefferson’s notes on how to design a pasta machine.