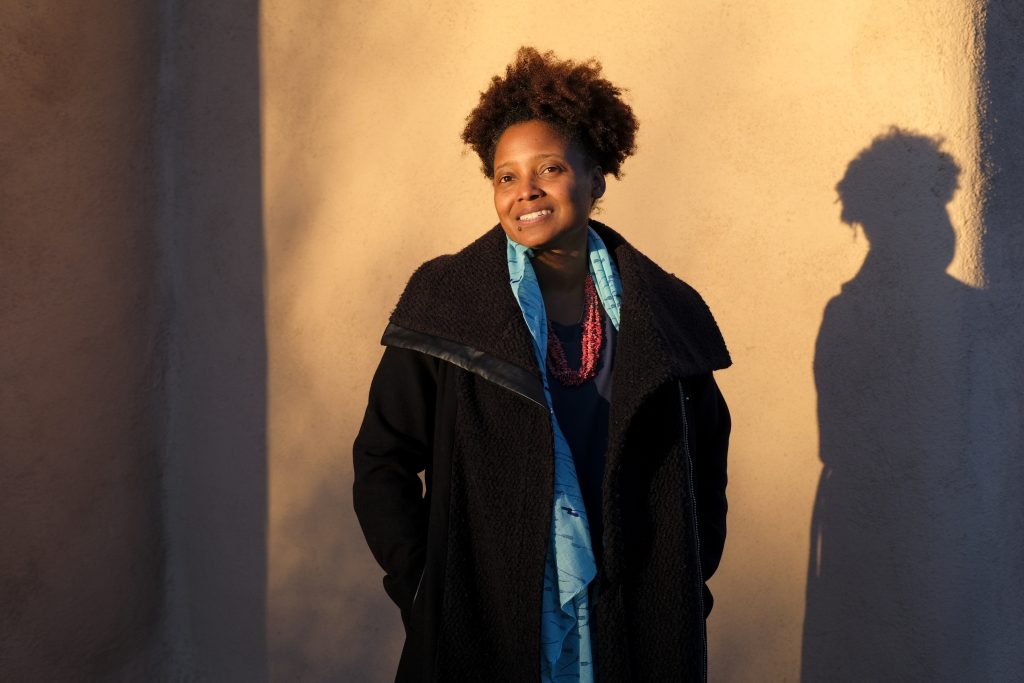 Smith tours the Santa Fe Indian School as part of her project to bring poetry to underserved communities, Jan. 12, 2018. Photo by Shawn Miller.

She’s published her fourth book of poetry, “Wade in the Water.” She’s edited an anthology, “Fifty Poems for Our Time.” She’s toured rural areas of the nation in seven states (from Maine to Louisiana to Alaska), and written about those travels in “American Conversations.” Her daily podcast, “The Slowdown,” will shortly hit episode No. 100. She’s also kept her day job at Princeton University, where she is the Roger S. Berlind ’52 Professor of the Humanities, as well as the director of the creative writing program.

It’s sad to say goodbye, but her final event at the Library will be Monday, April 15, in the Coolidge Auditorium. She’ll be in conversation with poets from around the nation: Jeanetta Calhoun Mish (Oklahoma), Kealoha (Hawai`i), Adrian Matejka (Indiana), Tina Chang (Brooklyn, NY) and Vogue Robinson (Clark County, NV). Jennifer Benka, president and executive director of the Academy of American Poets, will host. And yes, book sales and signing will follow. Tickets are free, but required. If you can’t make it, the conversation will be livestreamed from the Library’s Facebook page and our YouTube site (with captions).

Smith was born in Massachusetts in 1972, raised in California, and educated at Harvard, Columbia and Stanford. Her third book of poetry, “Life on Mars,” won the 2012 Pulitzer Prize, and her memoir, “Ordinary Light,” was a 2015 finalist for the National Book Award. This online guide will take you to a reference of her works.