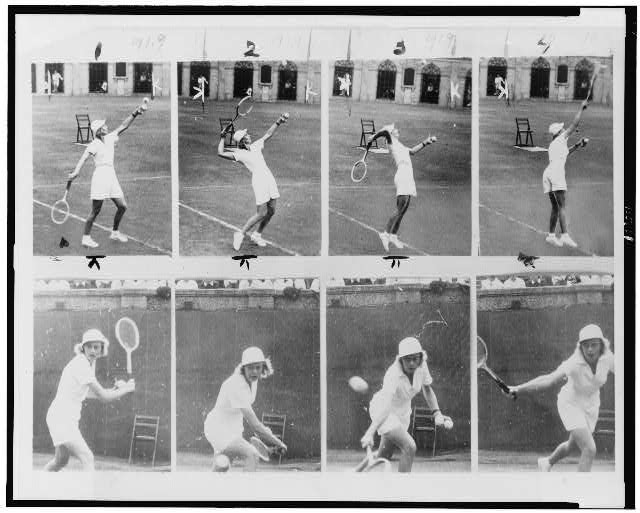 Tens of thousands of tennis lovers will happily brave big crowds and warm temperatures this week to cheer their favorite stars in the U.S. Open. Held in New York City, the international tournament concludes the annual Grand Slam circuit.

Many Grand Slam champions are household names for years, whether for their history-making achievements, athletic prowess or colorful personalities—Arthur Ashe, Martina Navratilova, John McEnroe and Serena Williams are a few who come to mind. As decades pass, however, many stars fade from memory.

Today, probably few people outside the tennis world know the story of Alice Marble. But she was the No. 1 women’s tennis player in the United States between 1936 and 1940; the No. 1 player in the world in 1939; and an 18-time Grand Slam major champion. She appeared on the cover of Life Magazine on August 28, 1939.

I came across Marble’s story while researching an article for the upcoming issue of LCM, the Library of Congress Magazine, which will highlight the Library’s vast collection of comics. Why comics? The reason: after Marble retired from tennis, her career continued on a pretty remarkable trajectory, including a stint as an associate editor of Wonder Woman.

Psychologist William Moulton Marston—the inventor of the lie-detector test—created the character of Wonder Woman as a strong, courageous figure meant to inspire self-confidence and achievement in young girls. She became the first female superhero to have her own comic book: Wonder Woman No. 1 appeared in summer 1942.

Marble became involved when Wonder Woman’s publisher was seeking endorsements from notable athletes to promote the new comic. Marble pitched the idea of creating an insert about real-life women who’d made history.

“What better way to promote strong women than to show that there are also superwomen in everyday life?” asks Georgia Higley, head of the Library’s Newspaper Section, in reference to Marble’s proposal. Higley is a curator of the Library’s comics collection, which includes more than 140,000 issues of more than 7,700 different titles, making it the biggest in the United States and perhaps the world.

It isn’t clear how long Marble wrote or edited Wonder Women of History. But her story continued to take fascinating twists and turns.

In 1942, she married an Army captain who left to fight in World War II not long afterward. Marble miscarried their baby following an accident and then, after learning that her husband had been killed, she attempted suicide.

Next she was recruited to serve as a World War II U.S. spy in Switzerland. Believing she had nothing more to lose, she agreed, she writes in her memoir, “Courting Danger.” She traveled to Switzerland under the pretense of conducting tennis clinics and exhibitions and gathered intelligence about Nazi finances from an old flame, a banker suspected of helping Nazis smuggle riches out of Germany. Found out, she was shot in the back while fleeing.

She recovered and settled her attention once again on tennis as an advocate for racial integration. In a July 1950 editorial in the American Lawn Tennis Magazine, Marble contended that fellow player Althea Gibson should be welcomed to play in U.S. Lawn Tennis Association competitions. Marble’s letter is widely credited with influencing Gibson’s invitation to play in the U.S. National Championships. She was the first African-American to do so.

Keep an eye out for the next issue of LCM to find out more about real people in comics and much more!