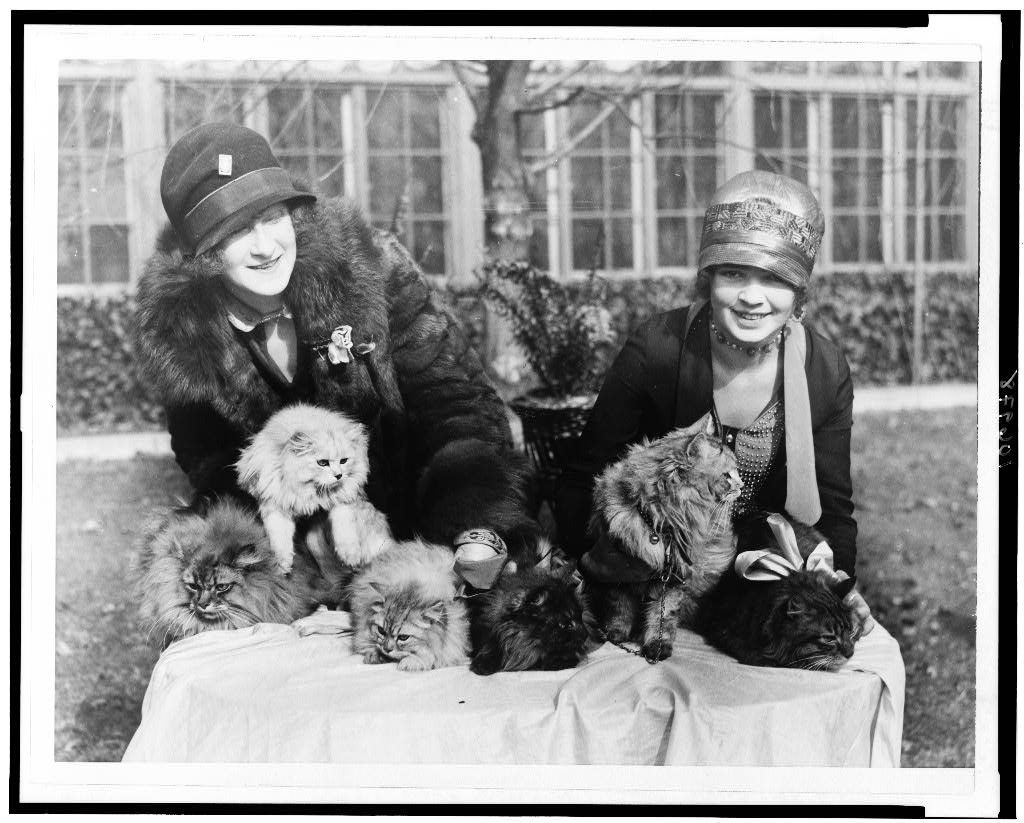 This post is by Madison Arnold-Scerbo, a 2017 summer intern with the Junior Fellows Program. She is a student of history and museum studies at Haverford College. Her Junior Fellows project in the Science, Technology and Business Division combined many of her interests—the history of science, exhibition curation, library science and cats!

Rodent catchers, lab specimens or treasured companions? Cats have played all these roles and more, as I found out this summer as a Junior Fellows intern in the Science, Technology and Business Division. I was assigned to create a digital exhibition drawing on sources from the Biodiversity Heritage Library (BHL) about a species of my choice, and I selected my favorite animal—the domestic cat.

Titled “Wild Mouser to Household Pet: A History of Cats in Science and Society, 1858 to 1992,” my exhibition showcases—through the story of a popular pet with a complicated history—resources from the Library’s science collections contained in the BHL, an open-access digital library that includes holdings from the Library and other institutions. My project also included choosing additional books from the Library to add to the BHL.

I discovered that from the 1850s to the 1920s in the United States and Europe, the role of the cat changed. Early on, cats were viewed as drifters that caught rodents, biological specimens for physicians and literary muses. It wasn’t until the end of the 1800s and the early 1900s that cats became domestic pets. In fact, in 1866 they were excluded from the Book of Household Pets.

But with popularity came consequences. A combination of negligent cat owners and the inability to spay or neuter cats led to widespread overpopulation. Cats became seen as a menace to wildlife, especially songbirds. Books from this time suggest some unpleasant ways to deal with this issue—an example is The Domestic Cat; Bird Killer, Mouser and Destroyer of Wild Life by Edward Howe Forbush. 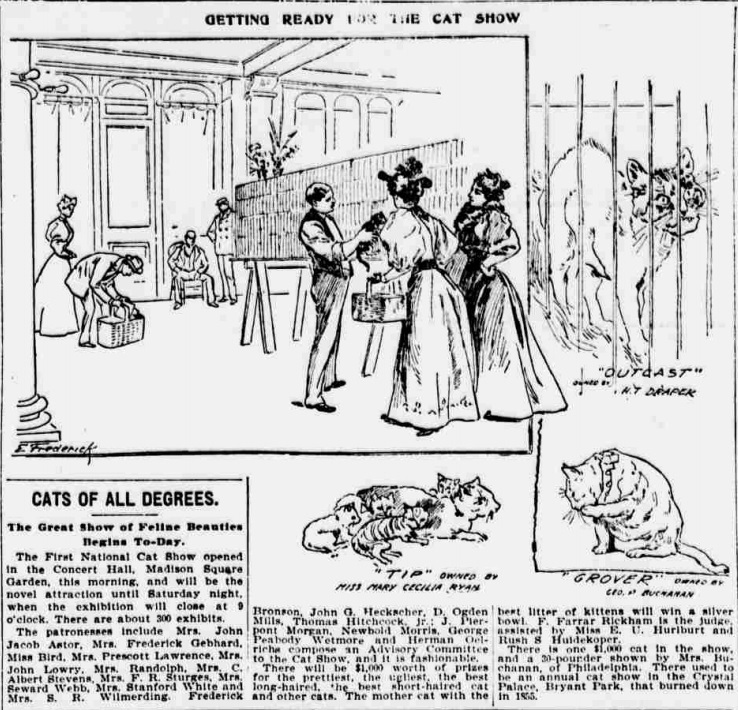 A May 8, 1895, newspaper story about the opening day of the first U.S. national cat show, held in Madison Square Garden, New York City.

Books and newspaper articles from the time share information for “cat fanciers.” A major concern was developing pedigreed breeds with particular traits. They did so using emerging scientific theories about heredity and genetics. 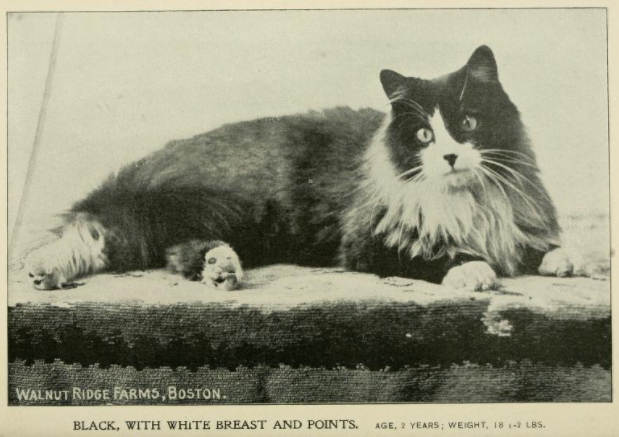 One of my favorite discoveries about cat shows is the story “The Homeliest Cat” in Robert James’ 1898 book, The Angora Cat; How to Breed, Train and Keep It. In this story, a girl named Maysie enters her kitten Rags into the 1895 Madison Square Garden Cat Show. We get a glimpse into how spectacular this event was:

Oh, wasn’t it beautiful? All lit up with “’lectric” light! Row after row of cages crossed the floor, in each of which blinked and stretched and softly purred, a lovely lovely kitty.”

Rags ends up winning a prize for the ugliest cat, a real prize in the 1895 cat show! Other prizes went to the best long-haired cat, the best litter of kittens and the heaviest cat.

Check out my exhibition—suitable for scientists and cat enthusiasts alike!—to find out more about the long and complicated history of cats and their relationships with humans.