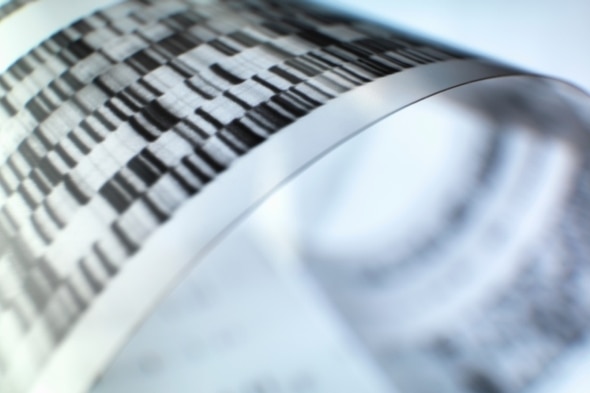 It’s been 10 years since Michael Wigler had a breakthrough revelation in autism genetics—one that arguably launched the field as we know it.

In April 2007, Wigler and his then colleague, Jonathan Sebat, reported that ‘de novo’ mutations—those that arise spontaneously instead of being inherited—occur more often in people with autism than in typical people. The mutations they noted were in the form of ‘copy number variants’ (CNVs), deletions or duplications of long stretches of DNA. CNVs crop up frequently in cancer, an earlier focus of Wigler’s work. But his find that they are also involved in autism came as a surprise to those in the field. “Genetics was striking out with other efforts based on transmission and inheritance,” Wigler says. “In that vacuum, the new idea was quickly embraced.”

The discovery fast led to further advances. Focusing primarily on de novomutations, three teams of scientists, including one led by Wigler, began hunting for genes that contribute to autism. Their approach was efficient: Rather than looking at the entire genome, they scoured the 2 percent that encodes proteins, called the exome. And they looked specifically at simplex families, which have a single child with autism and unaffected parents and siblings. The premise was that comparing the exomes of the family members might expose de novomutations in the child with autism. The approach yielded a bumper crop: Based on data from more than 600 families, the teams together predicted that there are hundreds of autism genes. They identified six as leading candidates. Some of the genes identified at the time — CHD8, DYRK1A, SCN2A — quickly became hot areas of research.

In 2014, the number of strong candidates jumped higher. In two massive studies analyzing the sequences of more than 20,000 people, researchers linked 50 genes to autism with high confidence. Wigler’s team looked at simplex families and found rare de novo mutations in 27 genes. In the second study, researchers screened for both inherited and de novo mutations and implicated 33 genes. The two studies identified 10 genes in common.

Two years ago, the tally of autism gene candidates shot up again. Deploying statistical wizardry to combine the data on de novo and inherited mutations, along with CNV data from the Autism Genome Project, researchers pinpointed 65 genes and six CNVs as being key to autism. They also identified 28 genes that they could say with near certainty are ‘autism genes.’

“For so long, we’ve been saying if we could just find these genes, we’d be able to really make some headway,” says Stephan Sanders, assistant professor of psychiatry at the University of California, San Francisco, who co-led the study. “Suddenly, you’ve got this list of 65-plus genes, which we know have a causative role in autism, and as a foundation for going forward, it’s amazing.”

These advances establish beyond doubt that autism is firmly rooted in biology. “More and more, we are erasing this idea of autism being a stigmatizing psychiatric disorder, and I think this is true for the whole of psychiatry,” Sanders says. “These are genetic disorders; this is a consequence of biology, which can be understood, and where traction can be made.”

This is just the start, however. As scientists enter the next chapter of autism genetics, they are figuring out how to build on what they have learned, using better sequencing tools and statistics, bigger datasets and more robust models. For example, they are looking for common variants—which are found in more than 1 percent of the population but may contribute to autism when inherited en masse. And they are also starting to look beyond the exome to the remaining 98 percent of the genome they have largely neglected thus far.

“Most of the genetic advances fall into a category of large-effect-size de novovariants, which is only one piece of the puzzle,” says Daniel Geschwind, professor of human genetics at the University of California, Los Angeles. It’s an important piece, but one that still cannot explain why autism clusters in families, for instance, or why close relatives of people with autism often share some of the condition’s traits.

So how much of autism’s genetic architecture have scientists uncovered? Current estimates suggest that rare mutations, whetherde novo or inherited, contribute to the condition somewhere between 10 and 30 percent of the time. Before the recent spate of discoveries, the proportion of individuals whose autism had a known genetic cause was only 2 to 3 percent—much of that from rare related genetic syndromes, such asfragile X syndrome and tuberous sclerosis complex, which stem from mutations in a single known gene. These syndromes often involve some core features of autism, along with their own set of characteristic traits, and intellectual disability.

“Two generations ago, at least 75 percent of the time autism was comorbid with severe intellectual disability and other neurodevelopmental abnormalities,” says Mark Daly, associate professor of medicine at Harvard University. “It was also a much rarer diagnosis.”

The large increase in diagnoses in recent decades “overwhelmingly” reflects cases at the mild end of the spectrum, Daly says, creating a new challenge. “The genetics of autism has us wrestling with the fact that rare mutations, and especially these spontaneously arising ones, are the strongest risk factors,” he says. “But at the same time, there’s a majority of cases now that don’t have any of those high-impact risk factors.”

Instead, much of the risk in these instances likely comes from common variants, which have small effects on their own, but can add up to increase overall risk. Researchers have tried to identify those relevant to autism using genome-wide association studies (GWAS), which compare the genomes of people with and without a condition to find differences in single-letter swaps of DNA called single nucleotide polymorphisms.

Because common variants have small effects individually, they are difficult to find, but multiple studies suggest that they play a major role in autism risk. In a 2014 study, for instance, researchers used statistical tools to estimate the heritability of autism from the amount of common variation shared by unrelated people with autism. They applied the method to data from more than 3,000 people in Sweden’s national health registry. Their calculations indicated that common variants account for 49 percent of the risk for autism in the general population; rare variants, equal parts de novo and inherited, explain 6 percent. Some scientists dispute these figures, but it’s clear that common variants, rare inherited variants and spontaneous mutations all play a part in autism.