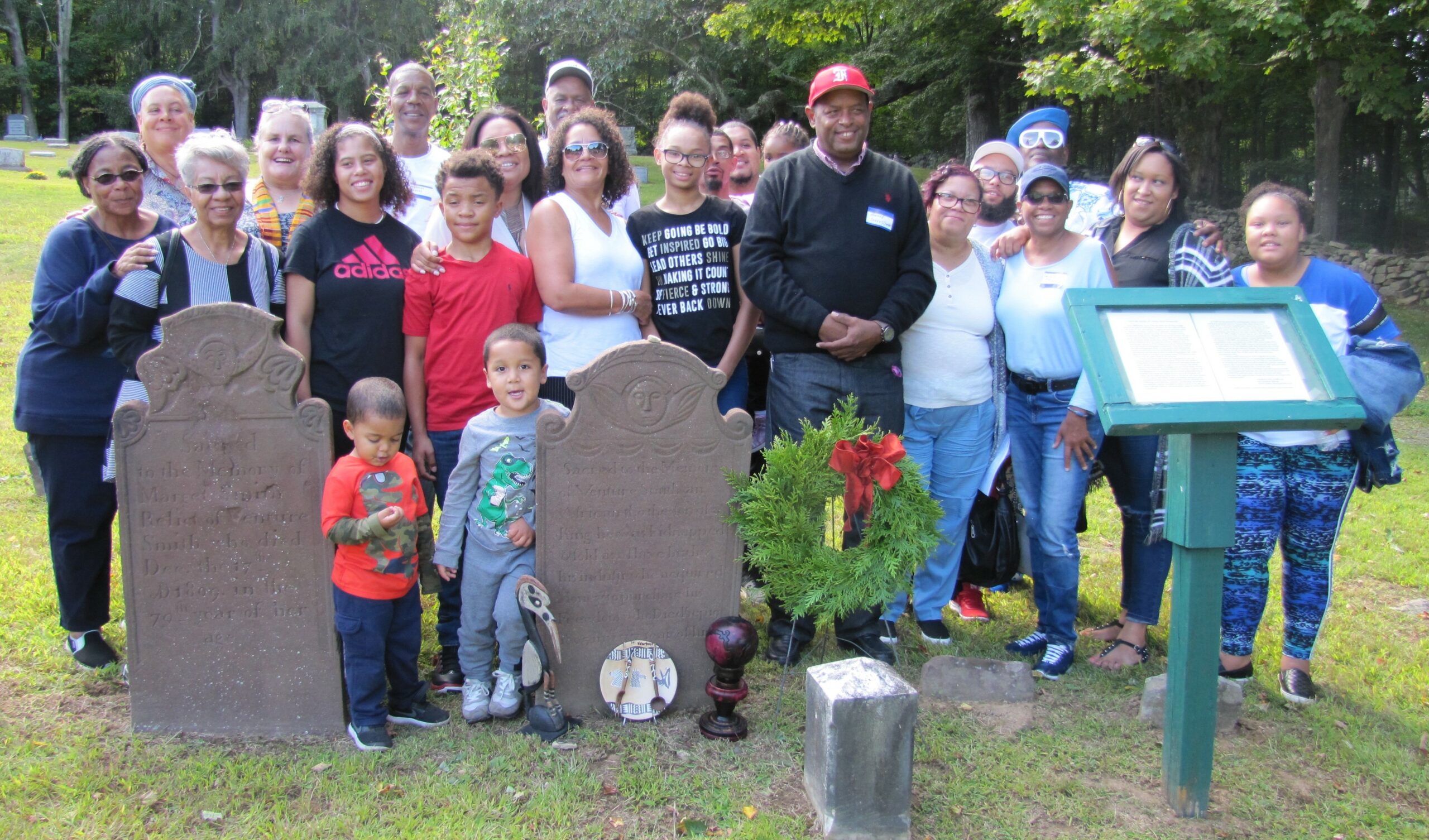 Delighted to write this post with Mark Dimunation, chief of the Rare Book and Special Collections Division.

“I was born at Dukandarra, in Guinea, about the year 1729. My father’s name was Saungin Furro, Prince of the tribe of Dukandarra.”

The Library has an original copy of the 32-page pamphlet, preserved in the Rare Book and Special Collections Division. Publishing by the Charles Holt company, it is still in print 223 years after publication (you can also read it online for free) and is the basis for biographies of Smith and academic studies of the era.

Smith’s narrative is a rare account of slavery in Colonial New England, one of only a few ever published. It’s also one of the very few records of enslaved people who told of their lives in Africa, among them the handwritten autobiography of Omar ibn Said, also preserved at the Library.

Today, the city of East Haddam, Connecticut, near the farm where Smith settled for the last decades of his life after buying his freedom, lists his gravesite as a tourist attraction and will celebrate the 25th annual Venture Smith Day this Saturday, Sept. 11. In 2006-07, archaeologists excavated his long-lost homestead and published a fascinating pamphlet, “The Venture Smith Homestead.” (The site is now part of the Silvio O. Conte National Fish and Wildlife Refuge and is not open to the public.)

“(The homestead) wasn’t quite in the place people thought it had been,” said Lucianne Lavin, the lead archaeologist on the project. “It was completely grown over, with only a few stone ruins. You’d never have known there had been three houses, a huge storage building, a barn.”

Smith’s story is a harrowing tale, filled with kidnappings, fistfights, years of hard labor and, finally, love and perseverance. Smith was 70, bent with age and nearly blind at the time he told his story, but he owned more than 130 acres of land, a waterfront compound on the Salmon River that included three houses, a dry dock, blacksmith shop and several warehouses. He was still married to his wife, Meg, whom he had worked for eight years to buy out of enslavement. 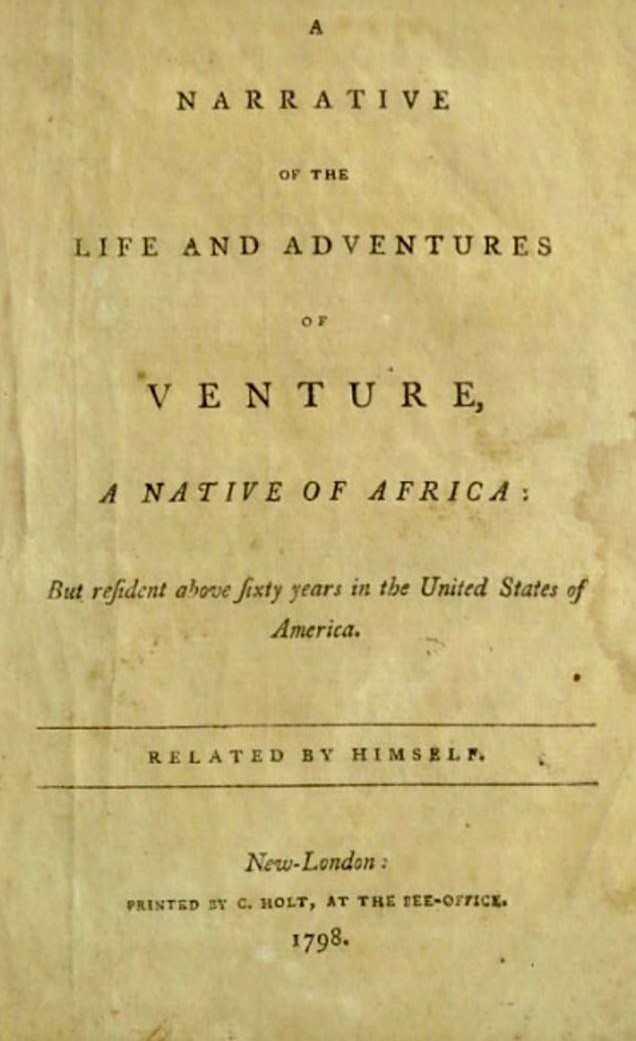 “It gives me joy to think that I have and that I deserve so good a character, especially for truth and integrity,” he says near the end of his story (emphasis in the original).

The pamphlet was clearly intended as a rebuke to slavery, but the editor’s preface contains passages that are startling to modern sensibilities. Smith grew up “wholly destitute of all education but what he received in common with other domesticated animals,” they write. Still, the editors note his intelligence, drive and ambition. They tartly observe that “perhaps some white people would not find themselves degraded by imitating such an example.”

Smith’s story begins on the west African savanna, a couple of hundred miles inland. His real name was Broteer Furro and he was the son of a prince of Dukandarra (scholars have not been able to locate the place; it may have been a small kingdom that disappeared long ago).

Though privileged, his early life was traumatic. His mother fled with the children after an argument with his father, running into the wilderness. Broteer was perhaps 4 years old, as he recalled. She eventually left him with a kind farmer while she continued on with his siblings. He did not hear from his family again for more than a year, until his father sent for him after reconciling with his mother. 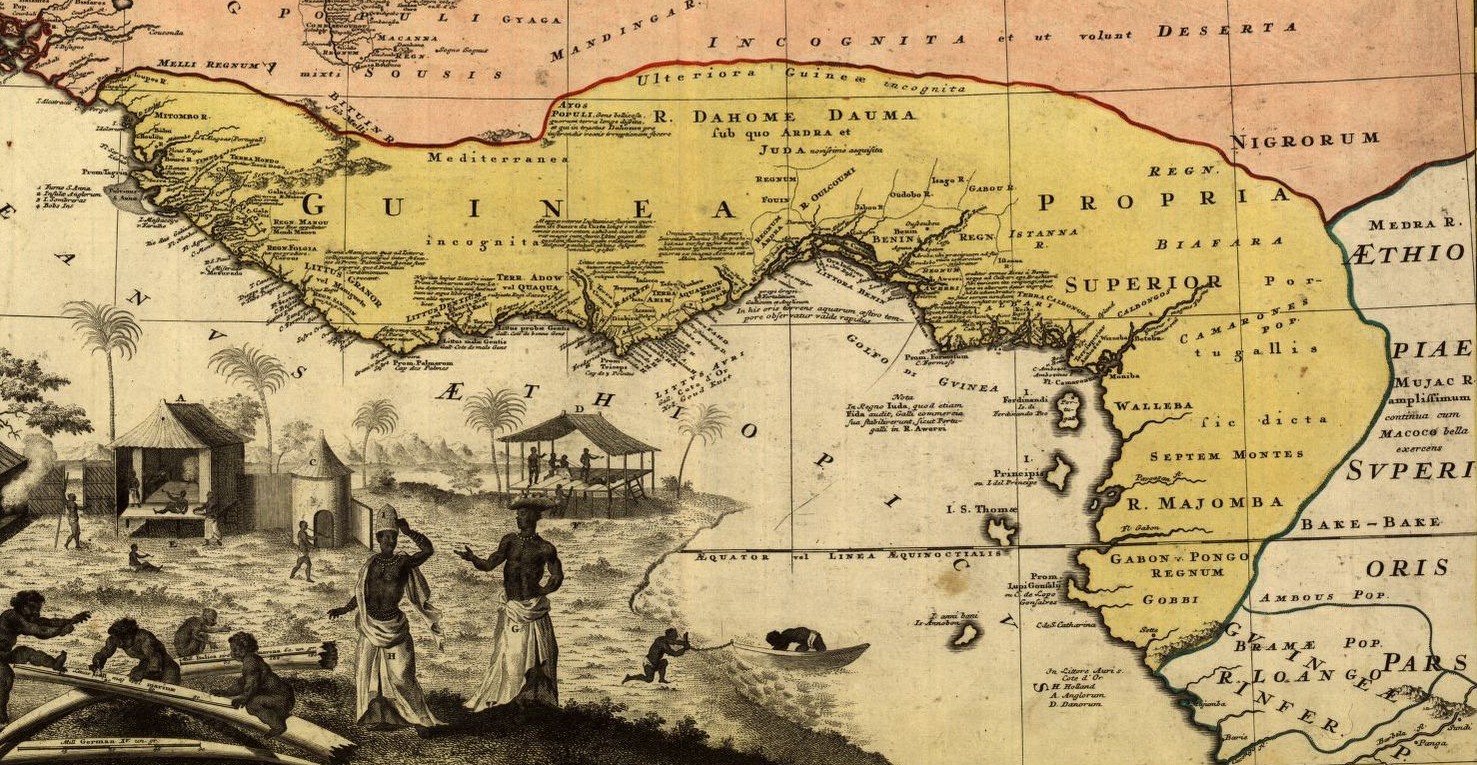 This 1743 map highlights the western savanna region of Africa. The map was made with Venture Smith was about 4 years old. Map: Jean Baptiste Bourguignon d’ Anville. Geography and Map Division.

But shortly after his return, an army from a neighboring region rampaged through their village. His father was tortured to death in front of his family. “The shocking scene is to this day fresh in my mind, and I have often been overcome while thinking on it,” he dictated more than six decades later.

Broteer, his mother, siblings and hundreds of others were bound together and marched hundreds of miles to the coast. He does not say what became of his mother and siblings, but he was sold on the coast of modern-day Ghana, along with about 260 others, to the owner of a Rhode Island slave ship.

The ship’s captain paid “four gallons of rum and a piece of calico cloth” for the child and told him his new name was “Venture.” (Decades later, he would take the surname of his last owner, Oliver Smith.) The ship was likely the Charming Susannah, which departed Newport in late 1738 and returned in September 1739, according to Connecticut Humanities, a nonprofit division of the National Endowment for the Humanities.

The Middle Passage voyage was brutal; a quarter of the enslaved died of a smallpox outbreak. Most of the survivors were sold in Barbados, but a handful were brought to Rhode Island. Smith, then about 6 years old, was bought by George Mumford, a commercial farmer. He was soon assigned to carding wool and grinding corn, often subjected to physical abuse.

He grew into a tall, powerful man, often described as weighing more than 300 pounds, and so renowned for his feats of strength that he was later remembered as the “black Paul Bunyan.” In his early 20s, he married Meg, an enslaved young woman who worked for the same owner. For the next decade, he labored for one owner or another, fishing, working on ships in the bay, or chopping hundreds of cords of firewood.

He recounted several fights with his owners, trading punches and once being clubbed on the back of the head with a log. In April 1754, he and several others made a short-lived escape. Realizing they were going to be caught, he returned on his own, but not before his owner placed a runaway slave ad. It is the only known contemporary description of him, according to Connecticut Humanities: “… he is a very tall Fellow, 6 feet 2 Inches high, thick square Shoulders, Large bon’d, mark’d in the Face, or scar’d with a Knife in his own Country.”

The final chapter describes Smith’s life after he bought his freedom, at age 36. “My freedom is a privilege which nothing else can equal,” he wrote. 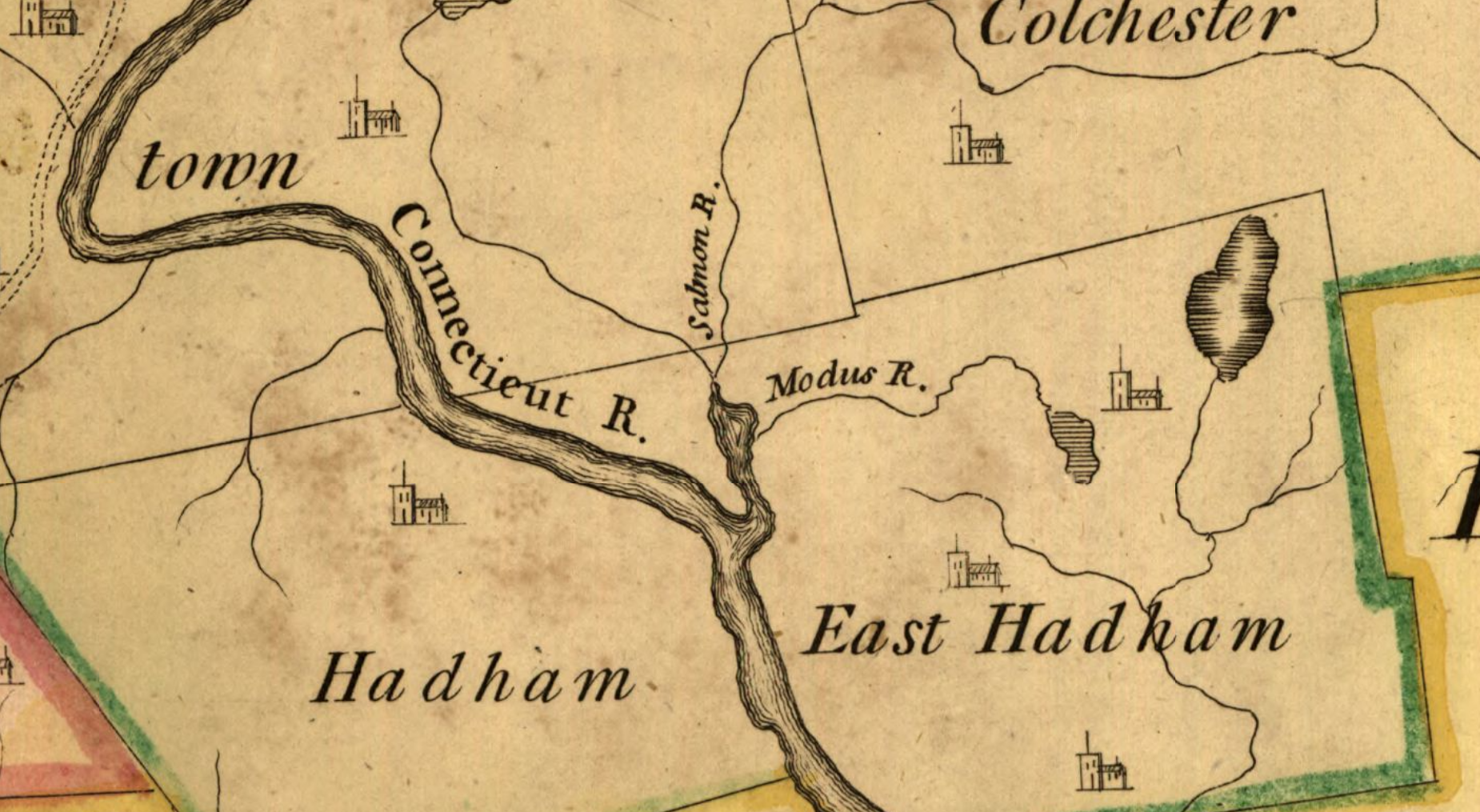 Venture Smith’s farm was along the waterfront near the intersection of the Salmon river. Map by Carrington Bowles, ca 1780. Geography and Map Division.

Historians note there is little in the record that shows what his life was like as a free man, and that his autobiography includes almost nothing about his wife and children save their names and when two of them died.

But it is clear that he was a well-established figure in the community, said Lavin, the archaeologist. His farm and houses, she notes, was not a typical enterprise by European settlers, but more akin to a west African family compound. His sons and their families lived in the two other houses on the property (his daughter died as a young adult) and they were almost entirely self-sufficient. His sailed on Connecticut and Salmon rivers, hauling cargo, trading goods and repairing boats. He farmed and sold lumber that he had cut. He bought freedom for at least three other enslaved men. Perhaps the best measure of how well he was regarded, historians say, is the existence of his autobiography and that he was buried in a prominent place in the local church cemetery, even though he was not a member of the congregation.

But it was never an easy life. He never learned to read and write very well and was often conned by whites who could. A wealthy businessman once falsely accused him of losing a barrel of molasses in shipment, sued him for it and then “insultingly taunted” him about it.

“But Captain Hart was a white gentleman, and I a poor African, and therefore it was all right, and good enough for the black dog,” he wrote.