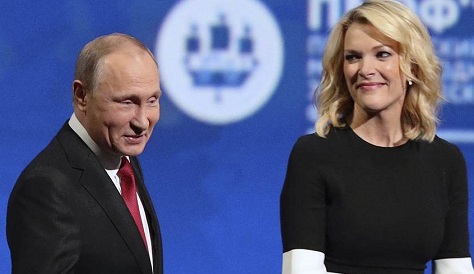 In her groundbreaking interview with Russian President Vladimir Putin, Megyn Kelly managed elicited repeated denials from the Russian leader over his nation’s alleged role in meddling in the 2016 presidential election.

When asked if the 17 intelligence agencies and congressional oversight committees were lying when they blamed Russia for the 2016 election hacks, Putin simply said that they had been “misled” and argued that “I haven’t seen, even once, any direct proof of Russian interference in the presidential election in the United States.”

Putin attempted to wave off Kelly’s inquiry when she pointed out that “the experts say that this couldn’t have been faked. That it’s a hundred factors that point to Russia. They say it’s the forensics, it’s the digital fingerprints, it’s the IP addresses, the malware, the encryption keys, the specific pieces of code.”

In response, Putin dismissively said: “What fingerprints or hoof-prints or horn-prints, what are you talking…