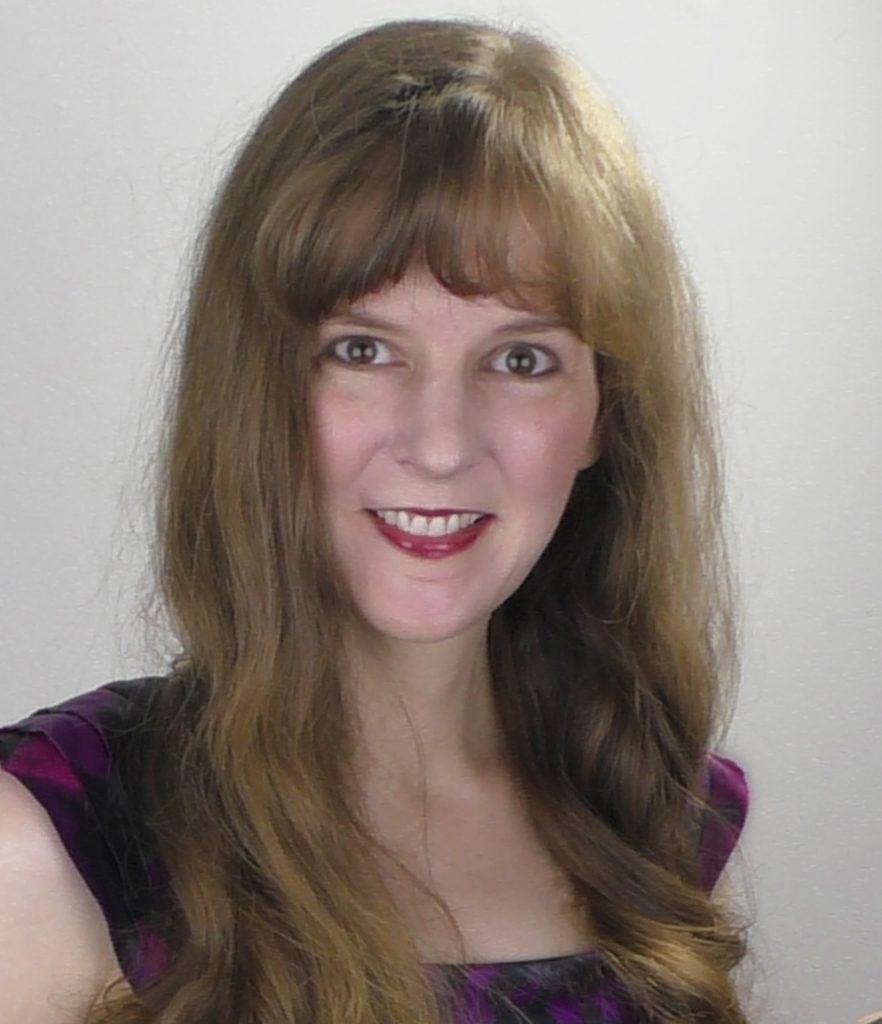 Winifred Phillips is a maestro in the world of video game music. She’s composed soundtracks for major hits such as Assassin’s Creed Liberation and The Da Vinci Code. She’s won industry awards. She’s written a book on the subject. She’ll be speaking this Saturday at the Library’s Augmented Realities Mini-Fest on the intricacies on composing for games, as opposed to traditional film and television scores.

We caught up with her by email earlier this week for a fun Q&A.

In “A Composer’s Guide to Game Music,” you write that the idea for composing game music came to you while playing Tomb Raider. Do tell.

Since I’ve been a gamer for a long time, I suppose I should have thought about becoming a game composer sooner! But my career had taken me into public broadcasting. I’m classically trained as a musician and vocalist, and my first job as a composer was creating the music for a National Public Radio series called Radio Tales. The series host/producer Winnie Waldron hired me to compose the music for more than a hundred programs that adapted classic works of literature for the radio. It was a fun gig! But all the while, I never stopped playing video games. And then one day, I was playing Tomb Raider, and the music suddenly grabbed my attention. I remember the light bulb going off in my head. I convinced Winnie to make the big leap into the game industry with me, and it’s been a grand adventure ever since.

Your Top 5 favorite games as a kid, the ones you absolutely wore out:

I was a huge fan of the Final Fantasy series. Played those games endlessly! I remember spending tons of time with Crash Bandicoot. Loved Prince of Persia. Sunk huge chunks of playtime into the Civilization games. And of course, the Tomb Raider games hold a special place in my heart, for a lot of reasons.

Which musical instruments do you play?

I play a bunch of different instruments with varying degrees of proficiency, but I’m trained in keyboards and voice. The keyboard is the most useful for me, since it’s the instrument on which I compose.

How did you get your first composing gig?

I actually landed my first two video game composing gigs at the same time – God of War from Sony Interactive Entertainment, and Charlie and the Chocolate Factory from 2K Games. Both jobs came out of meetings I took during the Electronic Entertainment Expo – an enormous video game convention and a great place to meet industry folks.

Once more, from your book: “What does a television or film composer need to know about creating a satisfying linear loop, or a dynamic mix based on vertical layering, or a set of music chunks for horizontal re-sequencing….” Okay, so what DOES make for a satisfying linear loop? It doesn’t sound like this is going to involve something as simple as major and minor chords.

You’re absolutely right! It’s a very intricate discipline, and it walks the line between intense creativity and complex technical/logistical procedures. A lot of those concepts will be discussed during my lecture this week at the Library, and I’m really looking forward to it!

A lot of music composition is about math, about chord and key arrangements, a linearity that goes from beginning to middle to end. Does that change here?

Traditional music composition always includes a beginning, middle and end… and sometimes that kind of music composition is necessary in games, too. When a game is telling a narrative, the music needs to be able to tell that story emotionally, and linear music construction lends itself to that task. However, when we’re creating music that accompanies gameplay, we tend to break down the music into lots of component parts that are manipulated by the game’s programming. For a gamer, the music just seems to be magically reacting to everything that the player is doing, while still sounding like a continuous composition with a satisfying emotional arc. But for the game composer, the music is deconstructed into lots of fragments that are designed to fit together in lots of different ways.

Can you tell us what your studio looks like and where it is? Are you watching the games while you compose, like we see music conductors doing while recording film scores?

Over the years my composition and recording space has grown and changed, mirroring my various interests and obsessions, until its current state as an eclectic and quirky conglomeration of both vintage and modern equipment. I love everything in there – it all suits my workflow and inspires me to be creative. My business is located in the New York City metro area. The studio is pretty comfortable and inviting. I have a space for live recording, and a separate room where I do my composition as well as all my mixing and other post-production work. And yes, I make sure that I’m watching video game footage while I’m working, so it’s usually on my largest video monitor mounted high over my workspace. I’ve worked with orchestras before, but those recording sessions take place on bigger soundstages, and then I bring the session recordings back to my studio for mixing and sweetening. Speaking of orchestras, my music from the Assassin’s Creed Liberation game is going to be performed by an 80-piece orchestra and choir as a part of the upcoming Assassin’s Creed Symphony World Tour, which kicks off this June 11th at the Dolby Theater in Los Angeles. Touring symphonies like this one are a great sign of how popular game music has become!

Do you typically score the entire game, or just parts of it?

I’ve composed all the music for entire games, such as Assassin’s Creed Liberation, The Da Vinci Code, Shrek the Third, and so on. I’ve also composed music as part of a team, on projects such as the six LittleBigPlanet games. Whether I’m hired as the sole composer or as part of a team, the business is pretty similar. I’m contracted to create a certain amount of music. The game’s development team briefs me on the technical specs. We discuss ideas for musical style. Then I get to work.