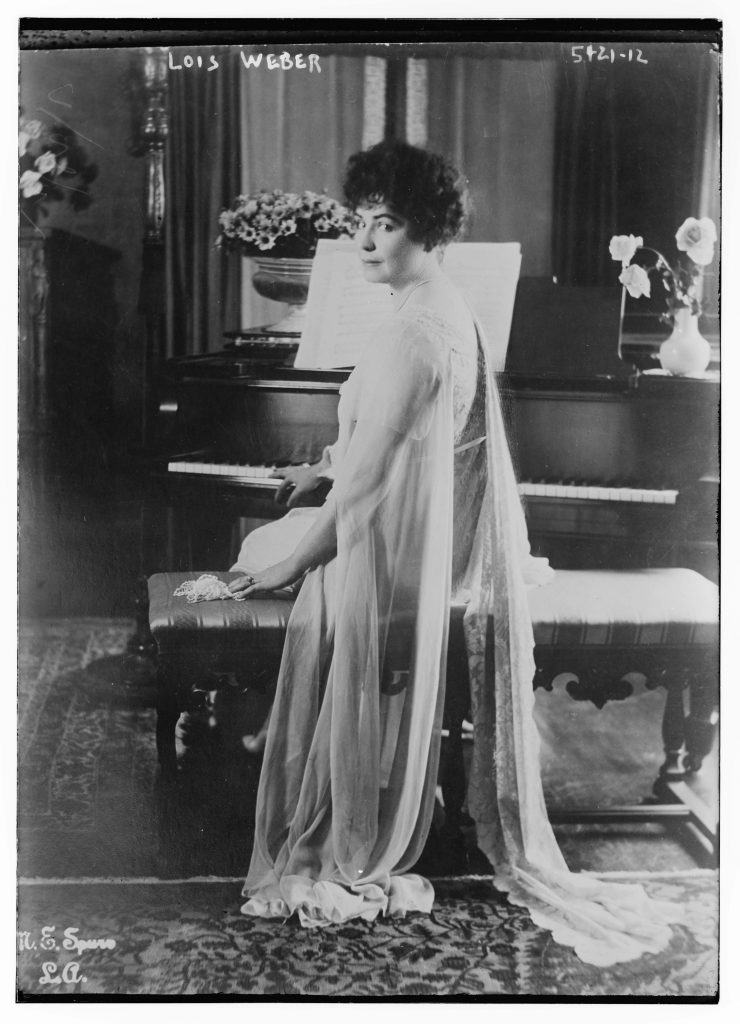 To celebrate the start of Women’s History Month, we’re pleased to share an excerpt from “Hidden Figures of Women’s History,” the March–April issue of LCM, the Library of Congress Magazine, available in its entirety online. The except features a vignette about Lois Weber, an early 20th-century filmmaker, by Mike Mashon, head of the Library’s Moving Image Section.

Filmmaker Lois Weber is among the trailblazers featured in the March–April issue of the Library of Congress Magazine.

Cathay Williams fought in the Civil War, posing as a man. Alice Marble became the best tennis player in the world and, during World War II, spied on the Nazis. Through her innovations, Lillian Moller Gilbreth improved everyday life for millions at home and in the workplace.

Why aren’t these women—these artists and athletes, reformers and rebels, explorers, journalists and scientists—better known or more appreciated today?

The just-published edition of the Library of Congress Magazine focuses on them: these “hidden figures” of history, women who broke barriers, accomplished great things or led bold and fascinating lives in eras of limited opportunity for women.

They explored the Arctic, flew the English Channel, mapped the ocean floor, directed films in the earliest days of cinema, published newspapers, made great music, fought for racial and gender equality and broke down barriers of what society thought women could do or should do.

Yet, they aren’t household names.

Driven by the same intrepid spirit, these hidden figures also lived extraordinary lives and helped shape the world we know today. Lois Weber, an early 20th-century filmmaker, is one such figure.

Even today, more than 130 years after the invention of cinema, it’s striking how relatively few female directors are working in Hollywood. Certainly, the history of silent-era filmmaking is dominated by names like D.W. Griffith, Charlie Chaplin and Cecil B. DeMille.

But one of their contemporaries, Lois Weber, was responsible for an astonishing variety of films, noted for their directorial verve and addressing topics like economic inequality, birth control and the political rights of women. And she ran her own production company.

Weber began her career as a theater actress, frequently performing alongside husband Phillips Smalley. Like many stage performers, the couple was lured by the silver screen and, in 1907, started working in film. They quickly developed an on-screen persona as a sophisticated married couple and parlayed their reputation for highbrow entertainment into a 1912 contract with Universal Pictures to make films for the studio’s Rex brand. For the next several years, they co-directed an increasingly ambitious slate of films, almost all of them written by Weber. 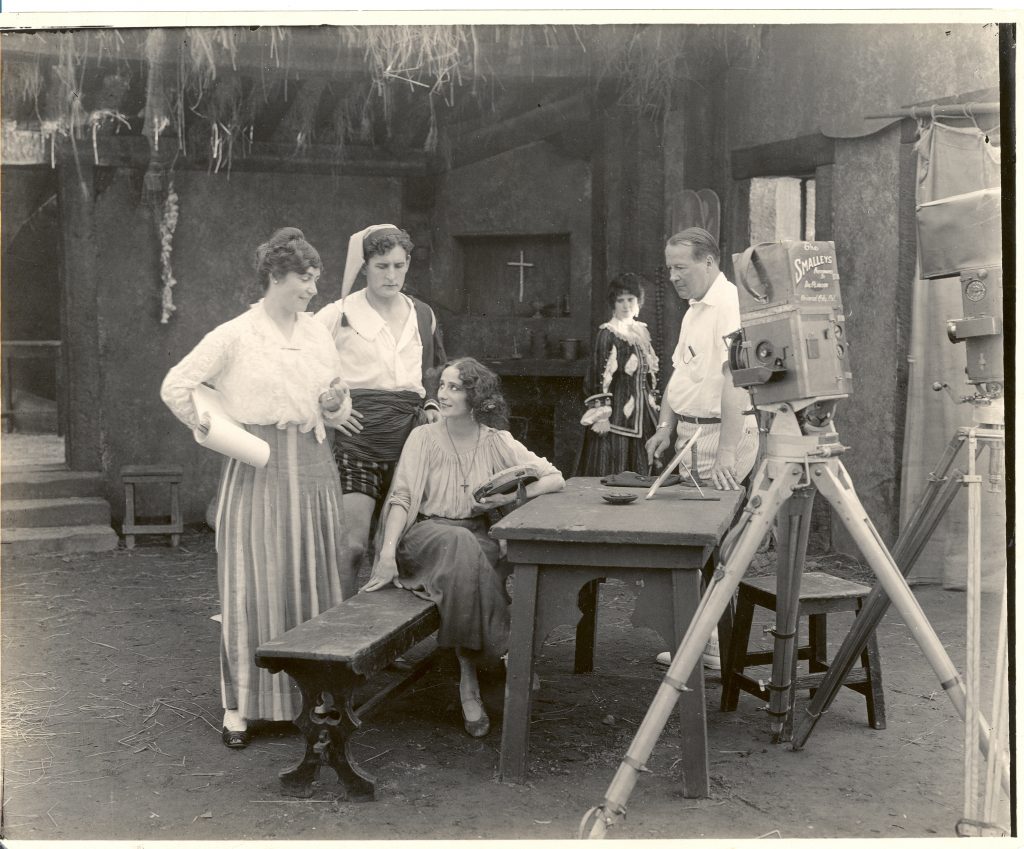 Lois Weber, far left, with world-famous ballerina Anna Pavlova, seated, on the set of “The Dumb Girl of Portici.” It was the first blockbuster directed by a woman—Weber—and the only feature film in which Pavlova appeared.

With the founding of Lois Weber Productions in 1917, Smalley increasingly assumed a subordinate role; the couple divorced in 1922. The films Weber made during this period define her career: “Where Are My Children?” (1916), a bold defense of contraception; “Shoes” (1916), in which an impoverished woman sells her virginity in order to buy the footwear she needs to keep her job; and four films from 1921—“Too Wise Wives,” “What Do Men Want?,” “What’s Worth While?” and “The Blot”—that collectively explore shifting sexual mores, women in the workforce and cultural upheaval in a frank, socially conscious manner. Weber often spoke of cinema as a vehicle for societal change; her filmography is dramatic testimony to that belief.

Weber’s output dropped significantly through the 1920s. She directed only a handful of films before her death in 1939, destitute and hardly remembered.

The Library is fortunate to have many of Weber’s surviving films in its moving-image collection and has invested considerable effort into preserving them. Two years ago, it completed a digital restoration of “The Dumb Girl of Portici” (1915), starring Russian ballerina Anna Pavlova in her only screen appearance. Lately, we’ve been working on 12 titles for a forthcoming BluRay release with our partners at Kino-Lorber, “Pioneers: First Women Filmmakers.”

The Library is proud to facilitate the rediscovery of important women directors like Weber and her contemporaries Alice Guy-Blaché, Grace Cunard and Elsie Jane Wilson, whose collective contribution to the art of cinema is worthy of celebration and critical re-evaluation.