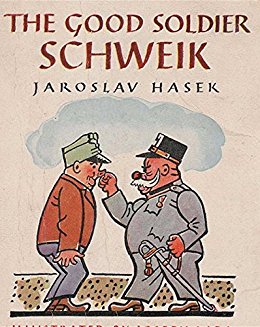 This is a guest post by Naomi Coquillon, an education specialist in the Interpretive Programs Office.

When the Library began its work on “Echoes of the Great War: American Experiences of World War I,” there was, as with all exhibitions, a question of scope. How could an institution with a collection as comprehensive as the Library’s determine a focus for a topic as vast as World War I? What would we display, and what stories could we tell in a limited space?

A film based on “The Good Soldier Schweik,” the World War I–themed novel of Czech author Jaroslav Hašek, will be screened at the Library on July 8.

Our answer was to present American perspectives on the war—an aspect of it on which the Library’s collections are especially strong. Relevant holdings include Veterans History Project diaries and oral histories, 14,000 pieces of sheet music and 1,900 posters.

But for all the war wrought on the American social and political landscape, the United States was involved in the fighting for only about six months, and a mere 19 months passed from U.S. declaration of war in April 1917 to the armistice in November 1918. And, of course, the fierce fighting of the war happened elsewhere. The physical landscape of the nation remained intact, while Europe was ravaged by four years of industrialized warfare.

With this background in mind, as our team began planning programs related to the exhibition, we knew that sharing European perspectives on the conflict would be vital to our effort to explore the impact of the war over time.

A centerpiece of that effort will be the screening of two films from the Library’s collections, both based on literary works from the postwar period. “The Good Soldier Schweik” (Germany, 1960), based on a novel by Jaroslav Hašek, will be screened on July 8, and “Testament of Youth” (U.K., 2014), based on a memoir by Vera Brittain, will be shown on August 12. Both films will begin at 2:30 pm in the Mary Pickford Theater of the Library’s James Madison Building.

“The Good Soldier Schweik” (pronounced sh-vake) follows a Czech soldier drafted into the Austro-Hungarian army during World War I. He is an admitted buffoon whose comic adventures mock army bureaucracy and the absurdity of war. 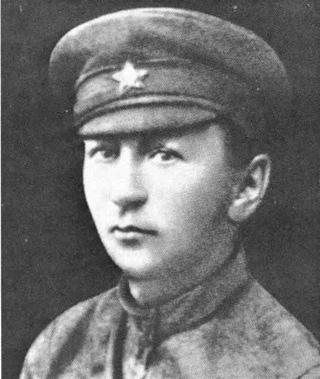 Schweik bears more than a passing resemblance to his creator, Jaroslav Hašek, a Czech writer (and, like Schweik, a dog seller) with a love of practical jokes and a checkered career. Within a year of being drafted into the Austro-Hungarian army, Hašek was taken prisoner by the Russian army. He returned to his native Prague in 1920, where he continued his work on “Schweik” until his death of heart failure in 1923 at age 39. Published in serial form, the novel was never completed.

“Schweik” was later banned by Nazi Germany, but it has had a lasting influence in literature and popular culture. Some accounts suggest it was an inspiration for Joseph Heller’s “Catch-22,” and Czechs have adopted the term “svejkism” to describe extreme passivity. “Schweik” has been reinterpreted numerous times as plays, an opera and, in 1960, a film produced in West Germany. The version to be screened at the Library is the original 35-millimeter copyright deposit preserved in the Library’s Motion Picture, Broadcasting and Recorded Sound Division.

In addition to housing this unique film resource, the Library of Congress is also considered the best repository of Czech and Slovak books, periodicals and related materials outside of the Czech Republic and Slovakia. In the Library’s European Reading Room, researchers can access 146 volumes of Hašek’s work, including almost 30 editions of “Schweik” in the original Czech and several of the 60 languages into which the book has been translated.

To find out more about this film series and other programs and resources related to the Library’s commemoration of the First World War, visit the online exhibition. And tune in next month for a post on “Testament of Youth,” in advance of the August 12 screening.